Stock markets are gaining momentum after emerging from the pressures of COVID-19. The result: investors, confident that the worst of the downturn is behind us, have shifted their attention to beaten down sectors.

As the U.S. economy gradually reopens after months of lockdowns, investors are shifting funds into cyclical stocks—equities that ebb and flow with the strength and weakness of the broader U.S. economy. That means the stocks which underperformed the broader market during the stay-at-home period, such as the airlines, retail and energy, are coming back and even leading the market higher.

Below, we’re highlighting three stocks which still have more upside as the U.S. economy gathers steam and consumers once again rely on their products and services.

The ridesharing business was among the first to feel the devastating blow of lockdowns and the shuttering of the economy as millions of people around the world stayed at home, the result of governments curbing  movement in order to stop the spread of the coronavirus.

But as states relax restrictions, people are again booking rides. Lyft (NASDAQ:) said last week that transport on its platform rose 26% in May from the previous month, helped by strong growth in cities where coronavirus-induced restrictions have been eased. 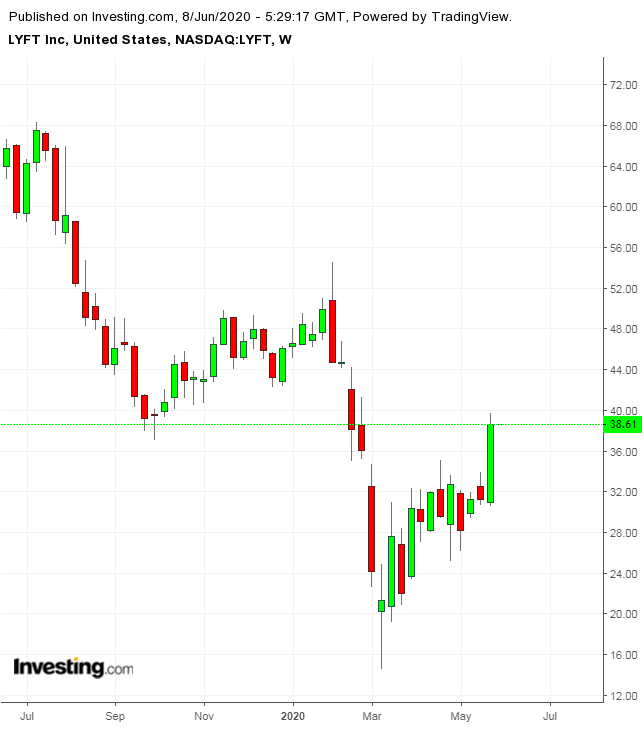 “For the last three weekends, as restrictions on certain activities were eased in parts of the country, there was stronger relative sequential growth in weekend rides versus weekly rides on Lyft’s rideshare platform,” the company said.

After jumping 7% on June 5 to close at $38.61, shares of the San Francisco-based on-demand rideshare marketplace have almost doubled since the March low point. And, according to some analysts, the company has more upside potential.

The global oil industry is in the midst of an adjustment after the COVID-19 pandemic created a supply glut that caused the to collapse.

But after the massive output cuts by the oil producing nations over the past two months, oil prices are rebounding, helping the major oil producers to generate more cash. Unprecedented output cuts led by the Saudis and Russia boosted prices in May, and the OPEC+ group decided Saturday to extend those limits through July. , down 36% this year, has clawed back some of its losses. It ended trading on Friday at more than $40 a barrel. 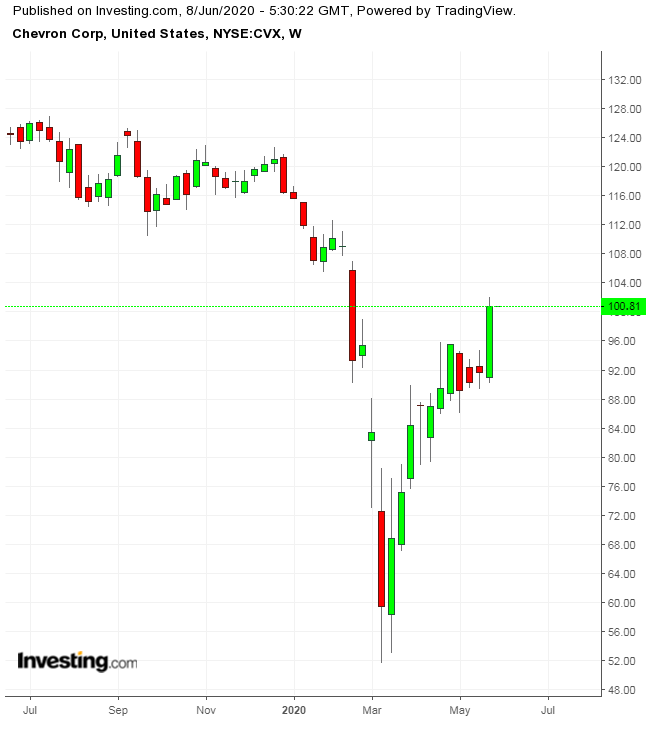 Even as this massive restructuring takes place, investors continue looking for signs of demand revival so they can take advantage of the depressed stock prices of major oil companies.

Among these big oil producers, Chevron (NYSE:) is better positioned to deal with the downturn than its peers. Unlike close rival Exxon (NYSE:), Chevron was already in defensive mode after a of holdings at the end of last year, prompting the San Ramon, California-based energy giant to absorb the company’s worst loss in more than a decade.

That divergence is helping the producer’s stock which is rebounding more quickly than Exxon shares from the March 23 low. Trading at $100.81 on Friday, the stock is down 16% this year, making its annual dividend yield a robust 5.36%. For long-term investors, this yield provides a great fixed-income opportunity when interest rates are significantly lower.

During the current economic downturn, investing in chip stocks has been a profitable move. Many semiconductor companies saw demand for their products surge, boosted by cloud-computing and the gaming industry as more companies transitioned to having their employees work from home.

Nevertheless, many chipmakers are still facing an uncertain environment as U.S.-China tensions escalate and the stay-at-home demand spike is likely to subside as the economy re-opens and workers return to their corporate offices. 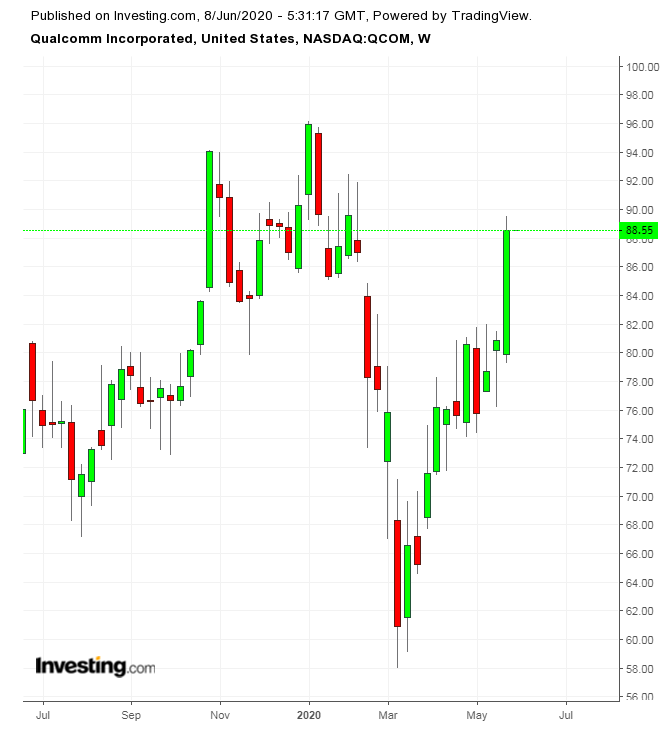 However, analysts at Citigroup believe San Diego, California-based Qualcomm (NASDAQ:) is in a different league due to the company’s strength in the emerging 5G technology segment.

“There does appear to be some areas of strength in 2H20 in the wireless end market driven by a 5G upgrade cycle, especially the iPhone, which we believe benefits Qualcomm,” analyst Christopher Danely said in a note.

Qualcomm, which produces chips that connect mobile phones and other devices to wireless networks, will get a major boost from the ongoing shift to 5G, Rosenblatt Securities analyst Kevin Cassidy wrote in a recent note. The firm has a buy rating on the stock and a $105 price target. That represents a more than 19% premium over the chip maker’s current share price of $88.55.

“Qualcomm will not only benefit from the 5G handset upgrade, but will lead the market in establishing 5G capabilities worldwide,” Rosenblatt’s Cassidy wrote, according to Bloomberg.