After the U.S. and China announced last week that they plan to resume trade negotiations in October, optimism for a resolution to the ongoing trade dispute buoyed markets. Worries about the future of U.S.-China trade, a slowing economy in Europe, and Brexit turmoil kept shares under pressure last month.

But hope seems to be returning to markets in September including ongoing in the U.S. and at near 50-year lows. The sector continues to expand, helping to ease investor concerns about the future of the U.S. economy and markets.

Still, with the macro environment likely to remain uncertain in the short-run, these three stocks that could move in the coming week, after each releases earnings reports.

The final big chipmaker to this current season is Broadcom (NASDAQ:). The company reports Q3 2019 numbers on Thursday, Sept. 12, after the close. Consensus calls for $5.14 EPS on $5.44 billion in revenue. 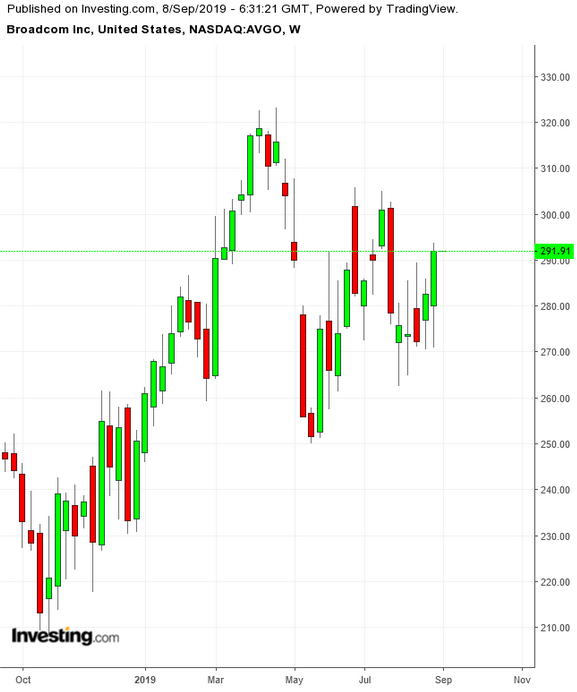 The latest downturn in the semiconductor industry has hit some producers hard, but Broadcom seems to be weathering the storm quite well. Its shares, which closed on Friday at $291.91, are up about 26% over the past one year, even as the rose about 15%.

What’s exciting investors about Broadcom is the company’s current strategy, spearheaded by its CEO Hock Tan, to grow through acquisitions and buy software assets that are struggling but have growth potential. Last month, the company announced it was acquiring Symantec Corporation’s (NASDAQ:) enterprise security division, which produces software to keep hackers out of corporate systems, for $10 billion.

The acquisition marks Broadcom’s second big bet in software, following its $19 billion takeover of CA Technologies last year. After these deals, more than 80% of Broadcom’s sales will now be derived from more stable and sustainable businesses such as cloud, networking, software and storage segments.

Supermarket behemoth, Kroger (NYSE:) will report its second quarter earnings on Thursday as well, before the market opens. Analysts are expecting $0.41 a share profit for the period ended June 30 on sales of $28.4 billion. 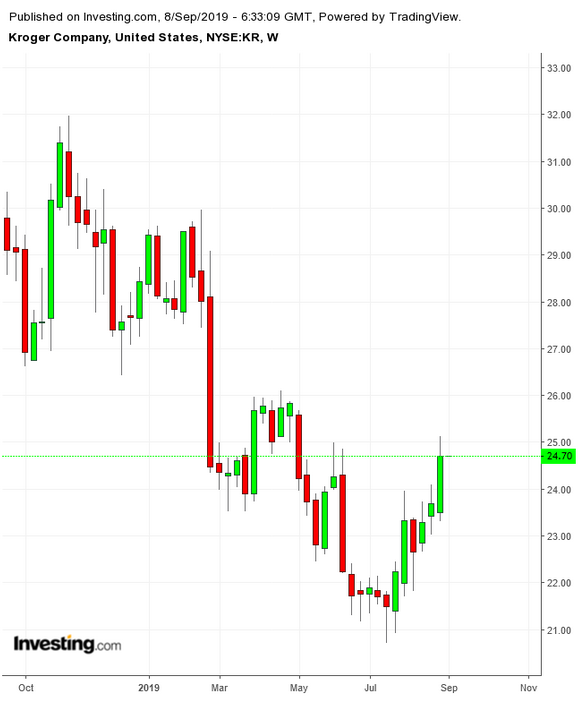 Shares of Kroger have fallen 24% during the past one year amid investor concerns that Walmart (NYSE:) and other rivals are taking market share from the Cincinnati-based grocery chain which is struggling to put together a winning strategy in this tough competitive environment.

In the , its same store sales missed analyst projections, while profit margins decreased because of investments the company has been making to keep pace with the competition. To defend its turf, the largest U.S. supermarket chain acquired Home Chef, a meal kit company and expanded its partnership with Instacart, a San Francisco-based, same-day grocery delivery service which operates in some areas of the U.S. 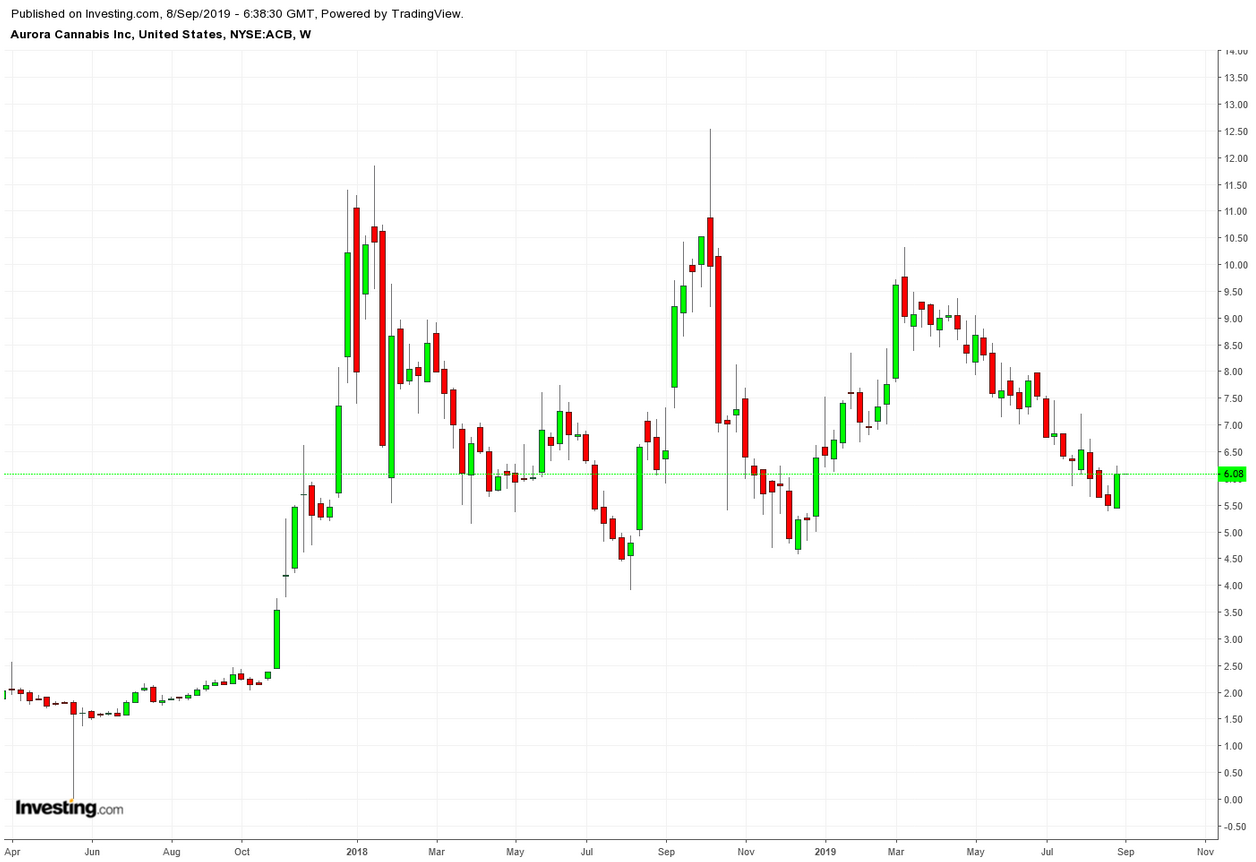 Last month, Aurora said its saleable production during the fourth quarter was at the high end of its previous guidance, or perhaps even above. The Edmonton-based company is expecting its revenue from all sources will rise to between $100-$107 million, but it didn’t provide an estimate on .

Marijuana companies are coming under greater scrutiny as they struggle to achieve profitability after Canada legalized recreational use of cannabis last year. Trading around $6 a share, Aurora shares have lost more than 20% of their value this year, amid a widespread sector sell-off that pushed the stocks of many top cannabis producers sharply lower.

Aurora operates in 21 countries with a strong presence in the European Union. The company announced early this year that billionaire investor Nelson Peltz is joining Aurora as a strategic adviser.