The current Turkish crisis is raising fears of contagion because many other emerging countries have borrowed heavily in US$ over the past 10 years. Particularly vulnerable are Asia-Pacific countries; see the first graph below.

Furthermore, as illustrated in the second graph below, international debts issued by emerging countries are in private hands, increasing their credit risk.

The prospect of rising interest rates in the U.S. combined to an appreciating U.S. currency are making interest payments and principal repayments on these foreign currency denominated debt more expensive in local currencies.

Turkey is particularly susceptible to increasing interest rates and a stronger U.S. dollar. Over the last decade, Turkish entities, especially private non-financial corporations, took advantage of low interest rates in the U.S. and Europe to drastically increase their foreign-dominated debt. As a result, Turkey has one of the largest current-account deficits among emerging countries (5.5% of GDP in 2017 and rising). For now, what is happening in Turkey seems to be contained and is only affecting a few other emerging countries.

However, the threat of U.S. tariffs on US$500 billion of Chinese goods could trigger a crisis with ripple effects in Asia-Pacific. That is because China imports from other Asian countries most of the components it assembles into goods that are then sold to the U.S. and elsewhere.

In short, rising U.S. interest rates, an appreciating dollar and U.S. tariffs on Chinese exports contain the ingredients to transform the current contained crisis into a contagious catastrophe.

For now, the U.S.-China trade war remains a threat only. Should it become reality, seeking shelter would be wise. 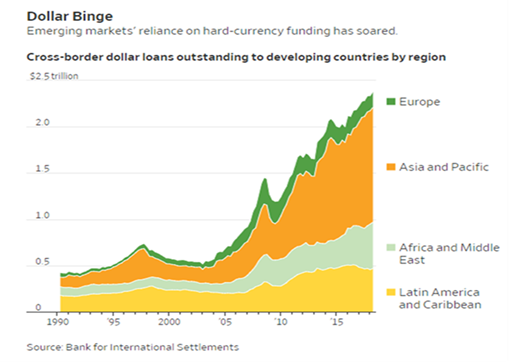 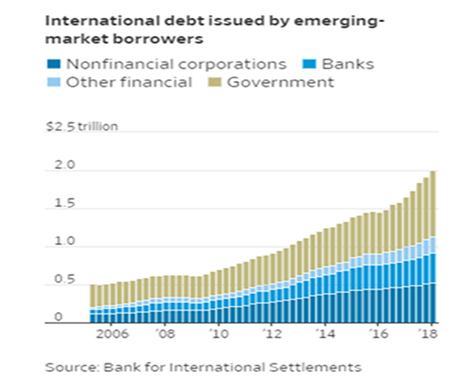