No one expected the Brexit deal negotiated by Theresa May’s government to win approval in Parliament yesterday, and very few expect MPs will , Wednesday, to cash out of the European Union without a deal. Which leaves Thursday’s vote on whether to seek an extension on the March 29 deadline, though there seems little alternative to opting for that course.

On the other hand, it’s hard to say what Parliament would hope to achieve with a delay. EU negotiators have made it abundantly clear there will no more concessions, whether on an Irish backstop or any of the other things Brexiteers find objectionable in May’s deal. There is no doubt the niggling hope among many that somehow Britain—having made such a botch of this initial effort—will drop the whole idea of leaving the EU, or at least put it to another plebiscite.

May even opened the door to that speculation with her comments after the negative vote, looking ahead to Thursday’s choice of an extension.“The EU will want to know why we want that extension,” she said. “The house will have to answer that question: does it want to suspend Article 50, does it want a second referendum, or does it want another deal, but not this deal.” 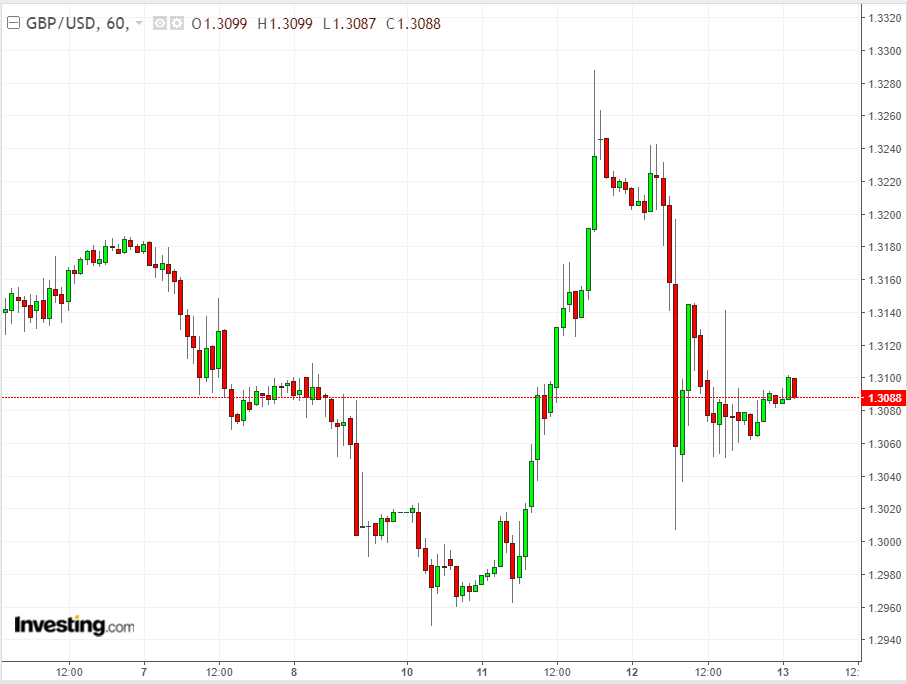 The kept its head above water in spite of the parliamentary defeat, staying above $1.30 after a brief dip to near that floor. Investors clearly are expecting to get more time, even if only to prepare for a no-deal Brexit.

Financial authorities have been busy making temporary arrangements to continue most trading even beyond a no-deal exit this month. The Bank of England has told banks to have lots of extra liquidity on hand and has activated central bank swap arrangements to ensure sufficient foreign exchange if needed.

Such precautions are prudent, which is probably why some of the members of the central bank’s Monetary Policy Committee have spoken out to say they would vote in favor of cutting interest rates in the event of a hard Brexit, to give the economy as much room as possible to cope with disruptions. The Bank’s official line is that rates are as likely to rise as to fall in a disorderly exit.

This seems at odds with its other efforts to reassure markets that there will be sufficient flexibility in policy. Two of the four external members of the nine-member council, Silvana Tenreyro and Gertjan Vlieghe, have indicated they are likely to favor cutting rates in a no-deal exit.

Governor Mark Carney, deputy governor Dave Ramsden and the two other external members, Michael Saunders and Jonathan Haskel, have said rates could go either way, though Carney said in parliamentary testimony a cut would be more likely. He warned, however, that a no-deal Brexit would be inflationary because of the potential for a substantial decline in sterling.

The central bank had been signaling last year it wanted to tighten monetary policy but now has held off, pending Brexit. As the prospect of a deal receded, the focus shifted to possible disruptions in markets and the bank busied itself with other contingency plans. Carney, who had been vehement about the risks posed by Brexit, has softened his tone as the deadline approaches.