AUD/CAD’s Rebound From 0.9553 Could Have Some Legs

A burst higher following two bullish hammers at range lows has AUD/CAD on our radar for a prolonged run.

It would be fair to say that, at times, hasn’t been the prettiest of charts to look at. But that’s not to say it hasn’t provided some impressive moves following a key turning point. Since November 2017 the cross has ranged roughly between 0.9560 – 1.0350, and swings within the range have generally been between 6 to 7%. 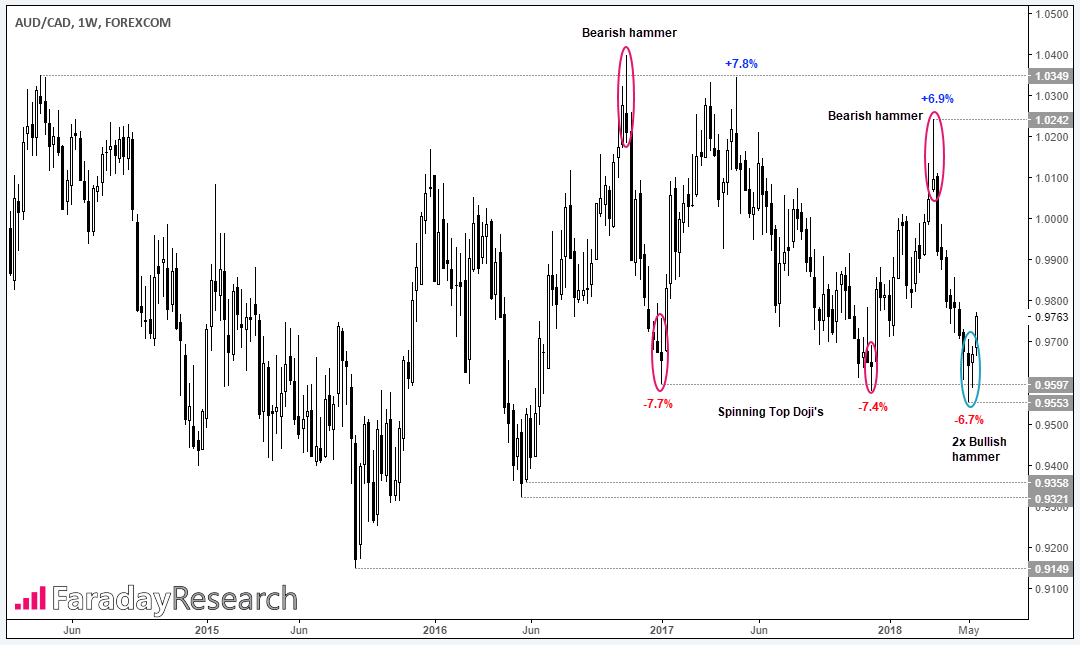 The moves have occurred following basic candlestick patterns, so that we’ve seen bullish range expansion this week following two bullish hammers from the lows is of interest to us going forward. However, it is not the reversal itself we are focusing on, but its potential to provide a sustained trend once a reversal has been confirmed. And this week’s break above the two hammers suggests a bullish reversal from the range lows may have been seen. 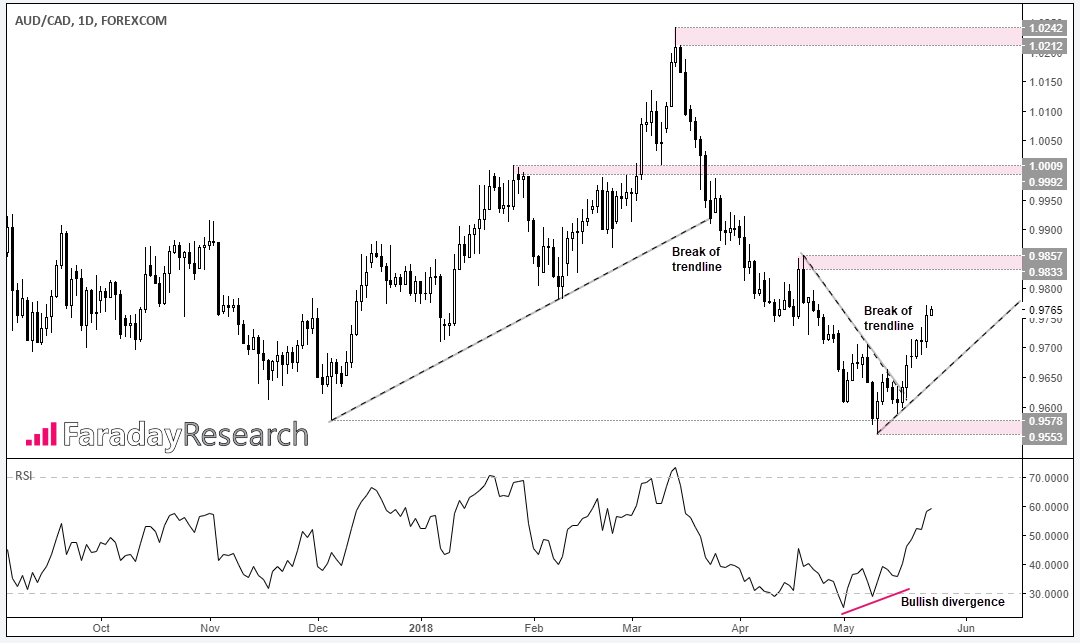 A bullish RSI divergence warned that the preceding move was losing steam, and the break of a descending trendline confirmed the next move higher. We think a move towards the 0.9833/57 highs is more than achievable (which would take it to a 3.15% appreciation from the 0.9553 low). And if we are to be treated to another 6-7% move, we could be above parity before you know it.

The Bank of Canada holds its policy meeting next week, although expectations for a hike are only 24% (down from 49% at the end of March). As producer prices are also released ahead of the meeting, we expect CAD crosses to remain vulnerable to bouts of volatility around next week’s data. Still, if we are to see key data miss the mark, it could help AUD/CAD push this cross higher still.