Foreign exchange reserves, and their use for interventions in the foreign exchange market, have played a notable and sometimes controversial role in the world economy and financial system. This is partly because of their sheer size – estimated at some US$11 trillion worldwide. Changes in holdings of foreign exchange reserves, and in how they are invested, can matter – not just for exchange rates, but potentially for a whole range of asset prices. Reserves are usually seen as an important element of self-insurance that complements the access to financing provided to countries by the International Monetary Fund (IMF) and other multilateral organizations.

In contrast, Canada’s foreign exchange reserves stand out for their relatively modest size and their stability. Our reserves are about US$85 billion, some 5 per cent of our gross domestic product (GDP). This compares with the 10-year average of about 13 per cent of GDP for other advanced economies and 20 per cent for emerging-market economies.

A key reason Canada’s international reserves are nonetheless adequate is our freely floating exchange rate. Canada adopted a flexible exchange rate in 1950 and, except for an eight-year stretch in the 1960s, our dollar has floated ever since. We have not intervened to stabilize the Canadian dollar for over two decades now.

This is a period that encompassed major changes in our exchange rate. During the commodities supercycle, the Canadian dollar rose from 62 cents U.S. in 2002 to $1.08 in 2007. During the global financial crisis, it dropped sharply to as low as 76 cents U.S. before settling above parity for almost five years. It depreciated by about 25 per cent again with the collapse of oil prices in 2014, and has fluctuated around 75 cents U.S. since then.

These exchange rate movements helped the economy adjust to the shocks. Such shifts are always painful for some and beneficial for others. But the Canadian economy is diverse and dynamic and, over time, able to achieve a new balance of growth among regions and sectors.

I’m going to expand on these points and explain why we stopped using our reserves to stabilize our dollar. A central theme is that, because we no longer use them routinely to intervene in foreign exchange markets, we hold reserves mainly as a precaution against extreme tail events. I’ll discuss what we consider to be an adequate level of reserves and how we manage them. 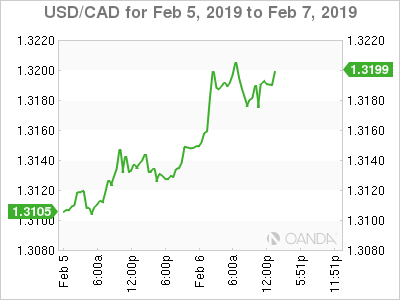 Canada’s foreign exchange reserves belong to the Government of Canada, while in a number of other countries they are an asset of the central bank. They are managed within the terms of an established governance framework by the Department of Finance and the Bank of Canada. Together, we develop strategies and policies for the management of the reserves. The bank, as the government’s fiscal agent, carries out related market transactions.

Most of the time, exchange rate movements driven by the market have contributed to Canada’s economic stability – helping our economy ride the rising and falling tides of the global economy. As a commodity exporter, Canada has been subject to swings in world commodity prices which affect our terms of trade. Let me make a few observations related to recent experience.

To a certain extent, movements in the Canadian dollar reflect the comparative strengths of the Canadian and U.S. economies – which are linked, in turn, to expectations for each country’s monetary policy path. We’ve seen these forces shift significantly over time.

In particular, the past year has seen an important change in the relative performance of the two economies – despite the fact that the Canadian economy is generally in a good place. Economic activity has been running close to potential for nearly two years and economic growth has been solid. Unemployment rates have been at historic lows, employment creation has been strong and inflation has been hovering around our 2-per-cent target. In that context, we took steps to move our policy interest rate upward by a cumulative 1¼ percentage points.

But uncertainty about U.S. trade policies has been holding back Canadian business investment below what our strong economic fundamentals would indicate. Lower oil prices in recent months have caused a deterioration of Canada’s terms of trade, which in turn reduces domestic income and wealth. Housing investment and consumption spending have also softened. The result has been a temporary slowing of Canada’s economic growth. Meanwhile, the U.S. economy has been powering ahead with the effects of the fiscal stimulus and, in response, the Federal Reserve has taken several steps over the last year to move interest rates toward their neutral level. This combination of factors has been putting downward pressure on the Canadian dollar. The lower Canadian dollar, in turn, will help support the economy through this period.

It’s been almost half a century since we set a target for the exchange rate. By and large, the exchange rate movements delivered by the market have served Canada well. Trying to hold the dollar constant would have given us larger fluctuations in unemployment, output and inflation.

Nonetheless, for many years we did have a policy of routinely using our foreign reserves to resist, in an automatic fashion, any significant upward or downward pressure on the dollar. For example, between 1995 and 1998, we intervened roughly 150 times. We weren’t targeting a particular level for the exchange rate but simply smoothing its movements. This reflected a belief at the time that markets did not function efficiently and could give rise to volatility that could be destabilizing.

But this view gradually gave way to the weight of evidence and experience. By 1998, we had concluded that such interventions weren’t particularly effective. We saw the futility of attempting to moderate exchange rate movements caused by changes in the underlying fundamental factors. Trying to counter them was a bit like tapping on the brakes while skidding on ice. It can help, momentarily, but not by much. 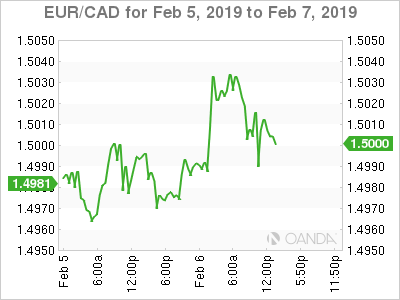 So where does that leave us?

We do have a policy framework that would allow us to intervene in the unlikely event that it’s needed. That could happen under two scenarios. The first would be a market breakdown with extreme price volatility. Buyers or sellers would be increasingly unwilling to transact, indicating a severe lack of liquidity in the Canadian-dollar market. The second would be sharp currency movements that seriously threaten the conditions that support sustainable, long-term economic growth. In a market breakdown, intervention would aim to restore market functioning and would likely be quite short-lived. In extreme currency movements, it’s understood that intervention would be part of a broader set of policy changes to re-establish confidence in Canadian economy. This framework is transparent.

Thus, we are ready to intervene, if necessary. But as I said, we have not seen the need to do so at any time throughout the past two – often turbulent – decades.

There have, however, been a couple of occasions over that period when Canada participated in concerted intervention along with other countries. In 2011, Canada joined an action to stem excess volatility and disorderly movements in the exchange rate of the Japanese yen following the earthquake and resulting tsunami and nuclear crisis at the Fukushima nuclear plant. The intervention involved selling the yen against our respective domestic currencies to send a clear signal that the goal was to weaken the yen and not to strengthen other currencies. And in September 2000, we joined the European Central Bank, the Federal Reserve Bank of New York, the Bank of Japan and the Bank of England to support the euro. These episodes were in response to exceptional developments affecting other currencies of global importance, and were not specifically aimed at influencing the Canadian dollar.