BoE Vs. ECB: Which Will Surprise More?

Thursday is a big day for and . There are 2 monetary policy announcements on the calendar and the U.S. report. This means that not only will we learn how eager central banks in Europe are to tighten monetary policy but we’ll also see how much pressure there is for the Federal Reserve to continue raising . The traded lower against all of the major currencies Wednesday after an unexpected decline in . Producer prices fell for the first time in 18 months as stabilized and the dollar strengthened. CPI could be vulnerable to the same forces, especially as gas prices held steady last month. With that in mind and according to the , a few Fed districts reported an increase in inflation pressures. However the dollar did not respond well to the Fed’s report because even though it said prices are rising in some areas and the economy expanded at a moderate pace, most districts noted concern and uncertainty over trade. They also did not see significant despite the tightness of . There’s no question that the Fed will raise rates later this month, especially with input costs rising but if CPI falls short of expectations, it will give investors another excuse to sell dollars. Although is consolidating between 110.50 and 111.80, the greenback could retreat more significantly against other currencies.

How the USD trades vs. and will depend in large part on the tone of the and monetary policy announcements. Both central banks are expected to leave interest rates unchanged so their guidance is key. We’ll start with the BoE since their rate decision precedes the ECB. First, it’s important to know that there will be no press conference by Governor Carney but the will be released alongside the rate decision. Sterling is trading strongly ahead of the monetary policy announcement on the growing possibility of a Brexit deal and if the tone of the BoE statement is positive, we could see GBP/USD squeeze up to 1.3175. According to the table below, we’ve seen improvements in , , and but -, – and -sector activity slowed last month. The market is not pricing in another rate hike from the BoE until the middle of next year. Sterling traders however won’t be as patient as the central bank as any talk of more tightening this year or next could scare away the shorts. 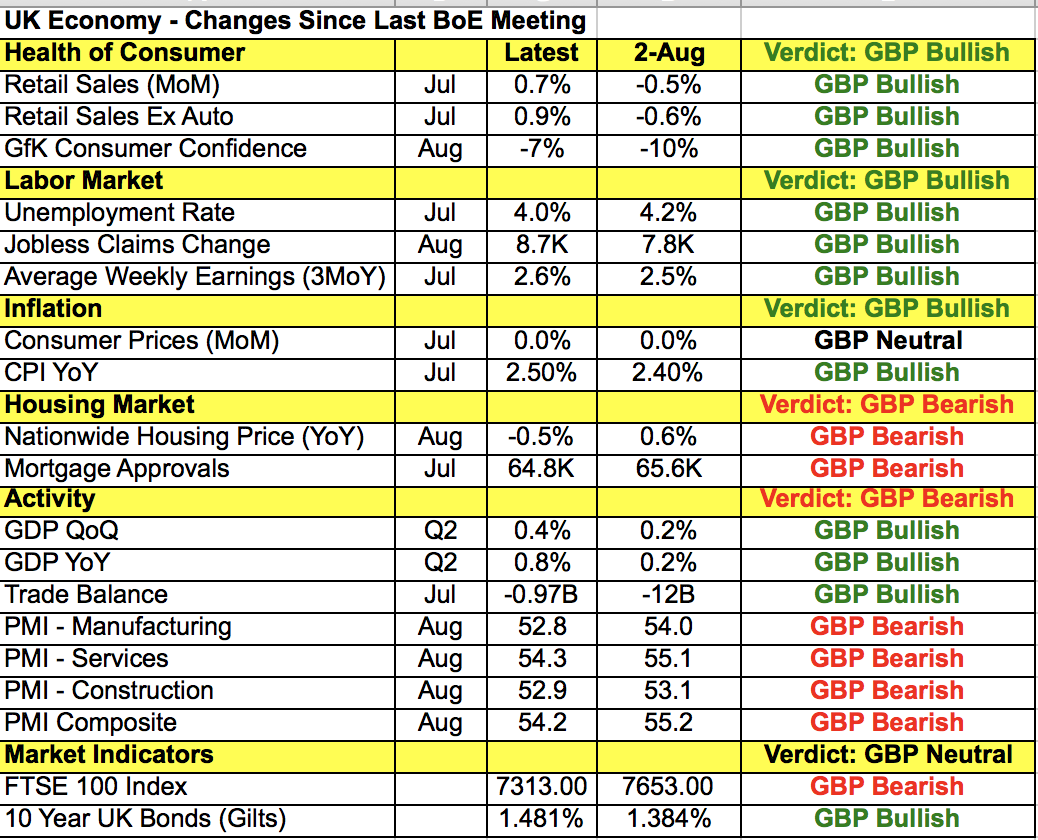 The also benefitted from Brexit optimism but there’s talk the ECB could lower their growth forecasts on the heels of softer data. These expectations are reinforced by the latest Eurozone report, which showed activity dropping 0.8% in July. The ECB has taken every opportunity to talk down the currency and with trade tensions rising it should share the same concerns as the Fed districts. The central bank made it clear at recent meetings that it has no plans to raise until late next year and its outlook isn’t likely to change since recent data has been mixed. When last they met, ECB President expressed concerns about low inflation and given the lack of a significant increase in price pressures, he’s likely to hold onto the view that it is too early to call victory on inflation. Super Mario’s should be more market moving than the rate decision as he will be peppered with questions about Italy, trade tensions and the outlook for the Eurozone. 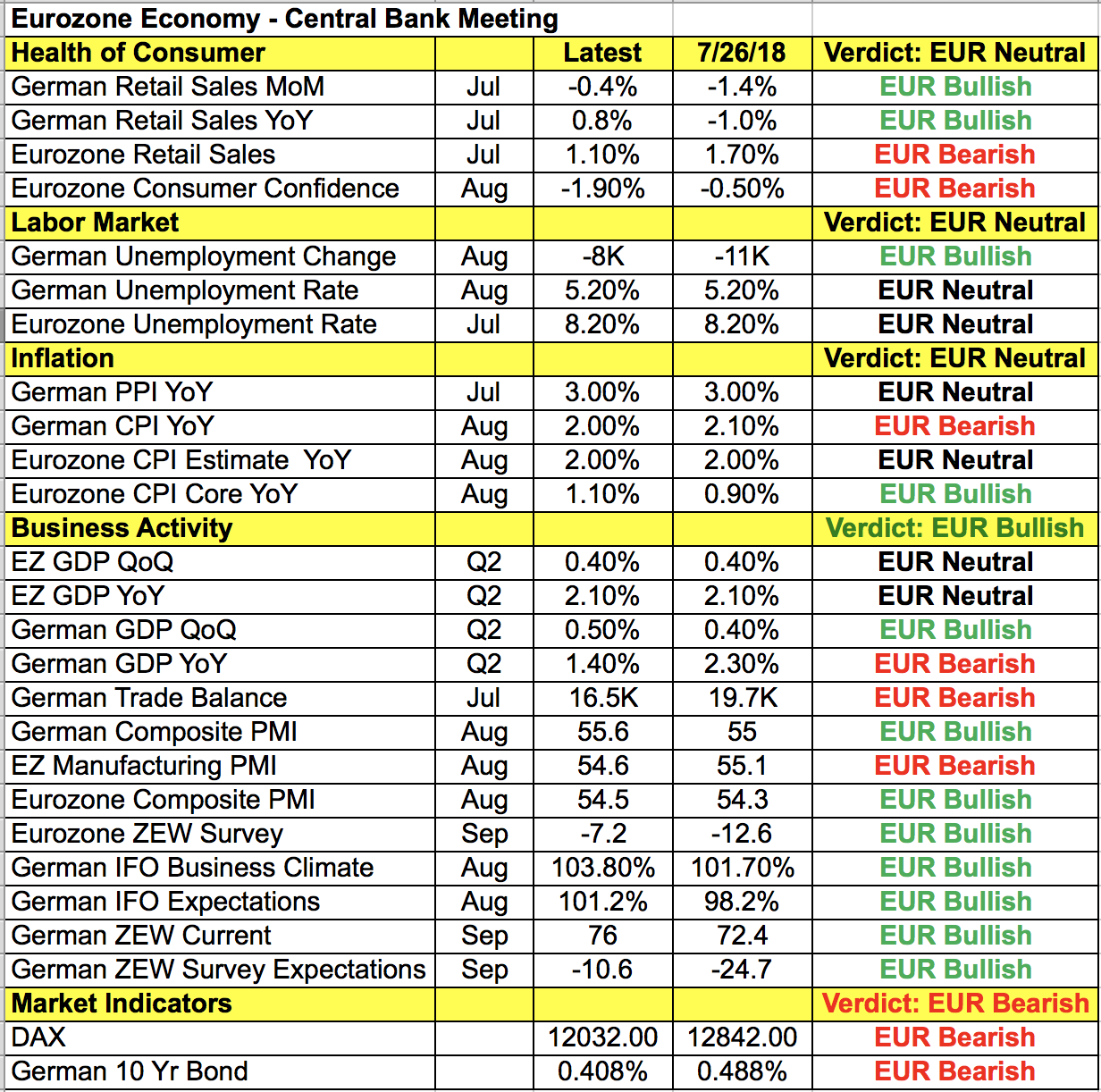 Meanwhile, all 3 of the commodity currencies performed strongly on Wednesday. Despite weaker , the led the gains on reports that the Trump Administration sent an invitation to China to begin a new round of trade talks. Investors are hopeful that these talks will yield results but until the U.S. officially agrees to dropping tariffs, we are skeptical as we’ve seen how these talks can break down days after they begin. Just take a look at Canada. Earlier this week, Canada and the U.S. said major progress is being made but according to Trump’s top economic adviser Larry Kudlow, milk, which has long been the problem is still the biggest issue in negotiations. A deal could still be reached but until one is made, traders should tread cautiously. Nonetheless, AUD, and have been deeply oversold and the mere possibility of a positive turn in U.S.-China trade relations was enough to squeeze these currencies higher.