The Brazilian Real and benchmark Ibovespa equity index will likely be tense over the next few days as officials prepare to publish local economic activity data after retail sales disappointed. The latest reading was a reinforcement of the notion that the Brazilian economy is continuing to show weakness and that “symmetric” inflationary pressure may begin to tilt to the downside and force the central bank to adjust their outlook.

However, the publication of economic activity data may be overshadowed by ongoing political drama in Brazil’s executive and legislative branch. Jair Bolsonaro’s government is attempting to shield his “superministers” from a potential scandal involving an extension of the infamous “car wash” investigation that ended with former President Luiz Inácio Lula da Silva’s imprisonment.

Such a scandal may jeopardize Bolsonaro’s attempt to get his market-disrupting pension reform bill passed this year. In Congress, the Opposition Parties have agreed to allow lawmakers to present a draft of the reforms on Thursday. However, any voting on the proposal is predicated on the level of agreement around the report, according to the pension reform committee chairman Marcelo Ramos.

Oscillations in optimism over the pension reforms will likely continue to be reflected in local markets and could overshadow the publication of economic indicators. However, during times when news remains sparse, traders may shift their focus to economic data and external developments such as the US-China trade war. Want to stay up-to-date on Brazilian markets? Be sure to follow me on Twitter @ZabelinDimitri. 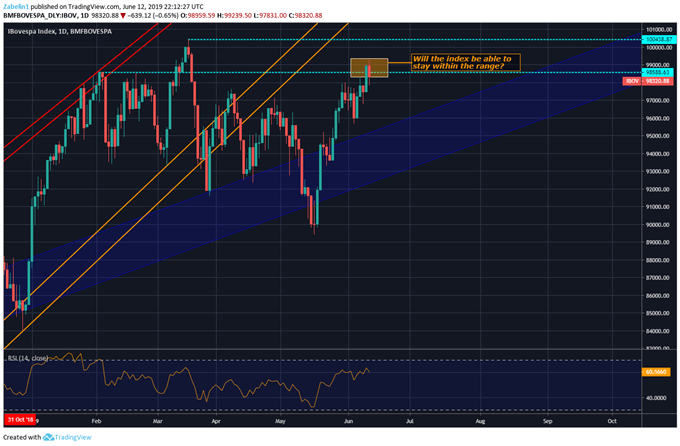