In the wake of the midterm election, USD initially softened against the Japanese Yen, however, a rebound in equity markets, alongside notable support just south of the 113.00 handle saw USDJPY make a recovery with the pair trading in the mid-113s and subsequently eying a test of the 114.00 level. Given, that the dust has settled over the midterm election, focus now turns to the FOMC rate decision. The central bank is expected keep interest rates unchanged today while markets price in roughly an 80% chance of a 4th hike coming in December.

Since the September rate decision, stocks have dropped over 8%, which in turn could see the Federal Reserve highlight rising concerns over market uncertainty, consequently pressuring the US Dollar. However, with the Fed on course to continue tightening monetary policy and with economic data remaining robust, the Fed may dismiss concerns over recent market volatility and as such could see USDJPY buoyed.

According to the latest CFTC, the Japanese Yen remains the largest net short against the US Dollar, which in turn implies that further gains in USDJPY may limited. As it stands, USD Long Positioning is at the highest level since December 2016, equating to roughly $28.76bln, whereby USDJPY makes up just over third of those positions. ($10.1bln). 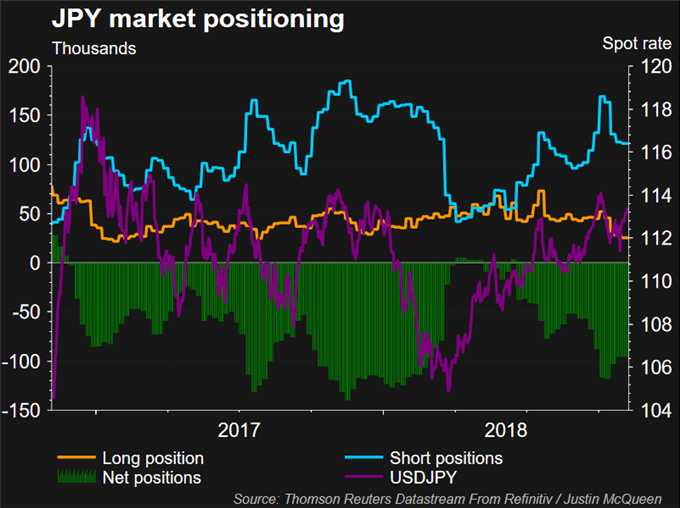