It’s been a quiet start to trading on Wednesday, with equity markets in Europe slightly in the red.

With NAFTA negotiations finally making progress, there is a sense of relief that the risk of a global trade war is easing, which has been supportive for sentiment recently. There is still a long way to go with Trump recently again threatening tariffs on cars from Europe and the U.S .preparing another $200 billion of tariffs against China but any progress is welcome and it’s hopefully something we’ll see more of in the months ahead. 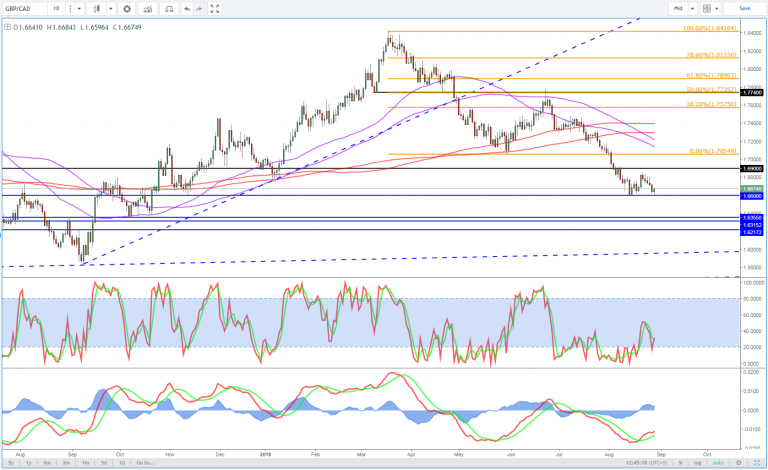 The Canadian dollar has gained ground in recent days on reports that it is re-joining talks and offering concessions that could result in an agreement by the end of the week. U.S. President Donald Trump had previously threatened to proceed with a U.S.-Mexico trade agreement as a replacement for NAFTA, in effect cutting Canada out, which could have had a significant impact on the Canadian economy. While this was more than likely a bluff aimed at forcing the hand of the Canadians, it is a relief that no such move will likely be necessarily as it would have been harmful for all concerned.

Negotiations elsewhere don’t appear to be progressing quite so well, with the UK and EU apparently not close to agreeing on the terms of the divorce. They had hoped to wrap everything up by mid-October in time for the EU summit, giving plenty of time for it to be ratified by all parties, but it became quite clear some time ago that this was highly unlikely. Even mid-November looks rather hopeful and the end of the year seems more likely.

The fear is that the longer negotiations go on, the more likely it is that we’re headed to a no deal Brexit as both sides are clearly unable to find a solution on a number of issues – most notably the North Irish border – that satisfies everyone. The pound has suffered in recent months as the prospect of no deal Brexit becomes increasingly possible and while we have seen it gain ground in recent days, it is looking vulnerable again. 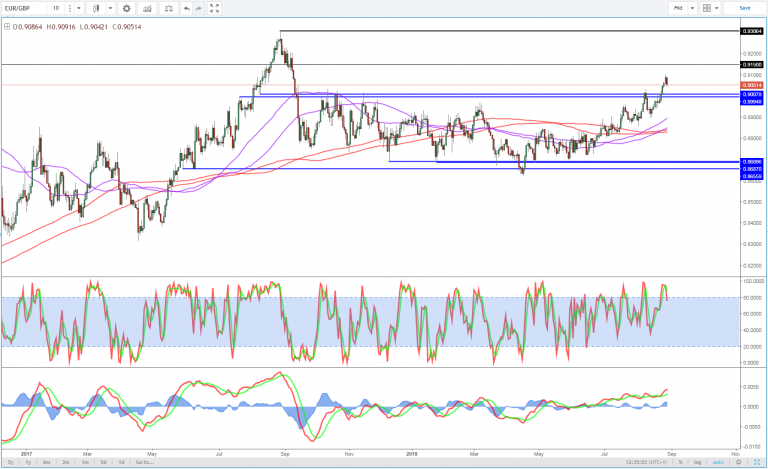 The pound is making gains against the euro today though after slipping more than 2% over the last couple of weeks. This may simply be a case of profit taking in the single currency following a good run across the board in recent weeks, rather than any underlying concern about the eurozone.

In what is otherwise a relatively quiet week for economic data, the second quarter U.S. GDP revision today is one of the more notable releases. The number is expected to be revised slightly lower to 4% which would still represent a very strong quarter for the world’s largest economy, albeit one they’ll struggle to match in the quarters ahead. Pending home sales and EIA crude inventories are also notable releases today.