The Canadian dollar and the Mexico peso rose on optimism that the U.S. may be softening some of its hardline stance in the renegotiation of the North American Free Trade Agreement.

A report in the Globe and Mail said that the U.S. dropped demands for the inclusion of 50-percent U.S. content in automobiles, which is seen as the most contentious issue in the talks. Prime Minister Justin Trudeau also said Wednesday that he remained optimistic Canada would get a good deal in the NAFTA renegotiation.

The optimism also around the North American talks comes as the U.S. is set to levy a whole slew of tariffs against China on Thursday. 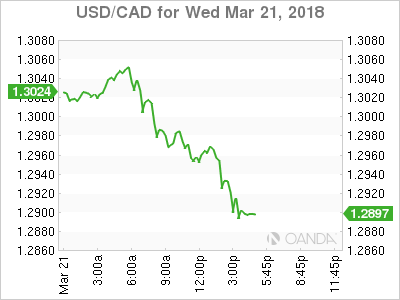 What is being discussed on the North American auto sector was not clear, but trade experts do not believe the U.S. has backed off on its demand for more U.S. content though it may have altered it. 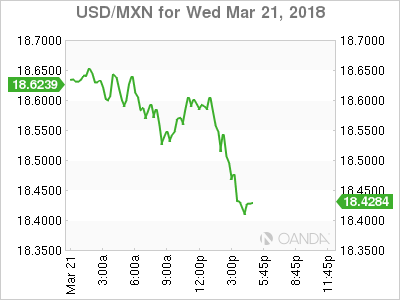 U.S. trade representative Robert Lighthizer, during congressional testimony Wednesday, said a “great deal of progress” has been made on NAFTA but there’s still “a ways to go.” He also said he is working closely with the auto industry to bring jobs back to the U.S. from Mexico. He added that the objective is to get more U.S. content into vehicles, which boosts Canadian parts as well.