Record oil production from the U.S. and expectations for OPEC to boost their output has taken its toll on oil this past week. Although had it not been for the weaker dollar, it could have found itself trading lower still. But we note a conflicting picture from a technical perspective which, at some point, will have to decide which way its next directional move will be. 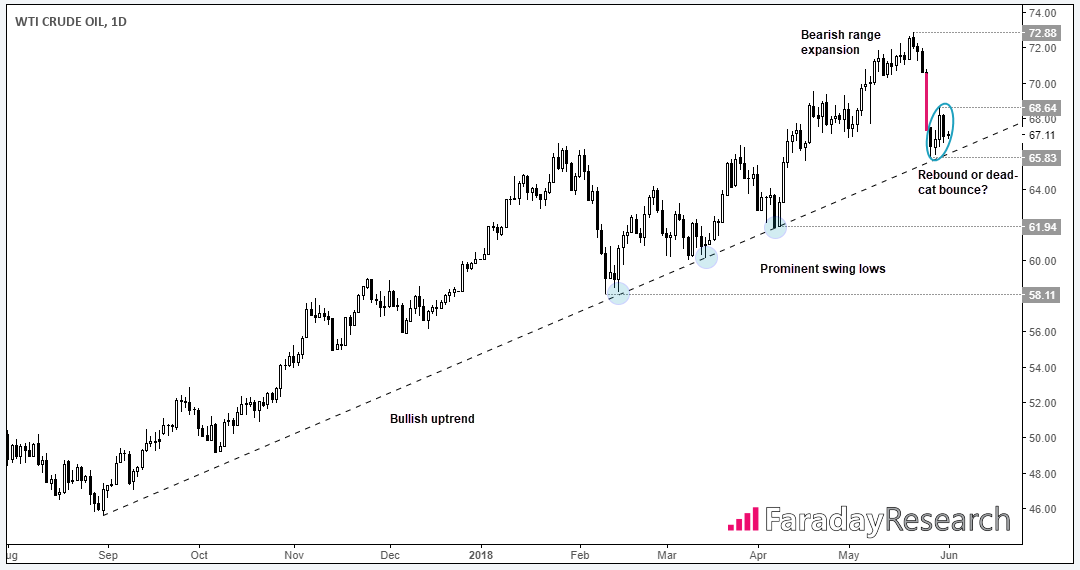 If you stand back to admire the view on the daily chart, WTI looks in a strong position overall. Trading above the August 2017 trendline and producing prominent swing lows, one could image a break to new highs at some point. Yet its recent momentum shift from the 72.88 high could undermine this rosy outlook. Last Friday’s range expansion was its most bearish session in nearly a year, and the trajectory of the leg lower is not typically associated with a friendly retracement. While it has so far respected the trendline, the ‘rebound’ has provided a two-bar bearish reversal pattern which could be part of a dead-cat bounce. If bearish momentum is to return soon and break 65.83 support, the cat will be pronounced dead and the 61.94 low come into view. 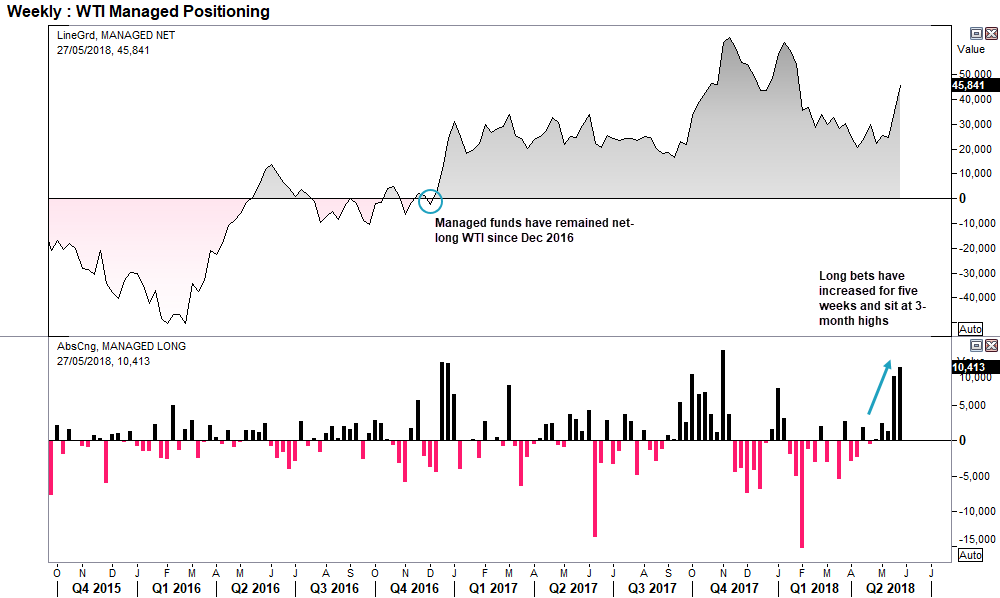 Still, while a dead-cat bounce could send WTI lower over the near-term, it’s worth keeping the bigger picture in mind. According to last week’s CFTC report, managed fund accounts have been net-long since December 2016 to show longer-term expectations point higher, short bets remain subdued and long bets are their most bullish in 12 months (after moving five consecutive weeks higher). So as compelling as a trendline break and dead-cat bounce may be for the near-term, you may not want to overstay your welcome.