Canada’s current account deficit (on a seasonally adjusted basis) narrowed by $1.6 billion in the second quarter to $15.9 billion. A lower deficit on trade in goods more than offset higher deficits on trade in services and investment income in the quarter.

In the financial account (unadjusted for seasonal variation), strong foreign investment in Canadian private corporate bonds led the inflow of funds in the quarter.

Lower deficit on trade in goods and services

The deficit on international trade in goods and services narrowed by $2.2 billion to $12.3 billion in the second quarter, the lowest deficit in a year.

The goods deficit fell by $3.3 billion to $5.3 billion in the second quarter, led by a higher surplus with the United States.

The goods surplus with the United States rose by $3.4 billion, mostly on stronger exports. Meanwhile, the deficit with non-U.S. countries widened by $0.1 billion to $16.3 billion. On a country basis, the largest improvements to trade balances were with China, Hong Kong and Switzerland, while the most important declines were with United Kingdom and South Korea.

Total exports of goods rose by $8.1 billion to $148.0 billion in the second quarter. Exports of energy products were up by $1.6 billion on higher crude petroleum volumes. Forestry products (+$1.4 billion), metal and non-metallic minerals (+$1.3 billion) and consumer goods (+$1.3 billion) also contributed to the increase in exports in the quarter. The second quarter of 2018 was the first quarter that Canadian exports of steel and aluminum products to the United States were subject to tariffs, as they took effect on June 1.

Total imports of goods were up $4.8 billion to $153.3 billion. Imports of basic and industrial chemical, plastic and rubber products were the main contributor, increasing by $1.1 billion on higher volumes.

Meanwhile, the deficit on trade in services expanded by $1.1 billion to $7.0 billion in the second quarter. The surplus on commercial services decreased by $0.7 billion, mostly on higher imports of financial services. This was in line with a higher volume of cross-border trading in foreign securities as well as increased new issue activity abroad by Canadian corporations in the quarter. The travel deficit expanded by $0.2 billion to $3.9 billion as Canadians spent more abroad in the quarter. The transport deficit also went up by $0.2 billion due to higher imports of marine transport. 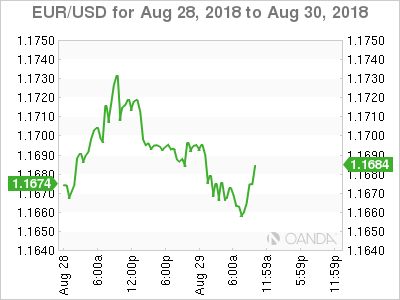 The deficit on primary income, which covers investment income on international assets and liabilities and compensation of employees, widened by $0.3 billion to $2.8 billion in the second quarter.

Investment income payments on Canada’s international liabilities increased by $2.2 billion to $34.9 billion in the quarter. Larger profits earned by foreign direct investors in Canada, combined with higher interest paid on Canadian private corporate bonds and from banking activities, were the main contributors to the increase.

Investment income receipts on Canada’s international assets rose $1.9 billion to $32.6 billion. Receipts on holdings of portfolio and direct investment assets were both up while interest receipts from banking activities also increased.

Foreign investment in Canadian securities totalled $23.7 billion in the second quarter, up slightly compared with the first quarter. The investment activity mainly targeted the Canadian bond market. Foreign acquisitions of Canadian bonds reached $28.6 billion, largely new issues of private corporate bonds denominated in foreign currencies. This activity was moderated by a foreign divestment in federal government bonds. The Canadian dollar depreciated against its U.S. counterpart by 1.6 U.S. cents in the quarter.

Foreign investors withdrew $5.9 billion of funds from the Canadian money market in the quarter, following a strong investment in the first quarter. Investors mainly reduced their holdings of federal government and private corporate paper. At the same time, they added $917 million of Canadian equities to their holdings, the lowest investment since the third quarter of 2015. Foreign investment in Canadian shares have totalled $6.7 billion since the beginning of the year, compared with $47.1 billion for the two first quarters of 2017.

Canadian investment in foreign debt securities reached $20.6 billion, the highest investment since the fourth quarter of 2015. Acquisitions of U.S. Treasury bonds and non-U.S. foreign bonds contributed the most to the investment activity. 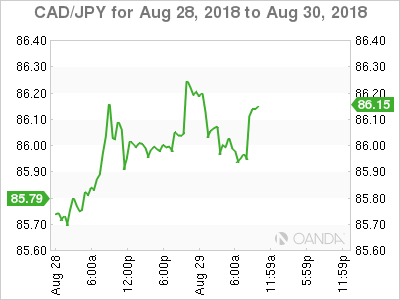 Direct investment abroad reached $21.7 billion in the second quarter, up from $7.1 billion in the first quarter. Over half of this activity was in the form of profits reinvested by Canadian direct investors in their foreign affiliates. Cross-border mergers and acquisitions activity remained low in the quarter. Almost two-thirds of the investment was directed toward the United States. Mergers and acquisition activity in the first half of the year totalled $8.0 billion. In comparison, this activity amounted to $48.5 billion in the first half of 2017, led by a small number of large transactions.