Exports increased 1.6% to a record $48.6 billion in April, the sixth increase over the past seven months. Higher exports of metal and non-metallic mineral products, consumer goods and energy products were partially offset by lower exports of aircraft and other transportation equipment and parts. Year over year, total exports rose 3.1%.

Exports of metal and non-metallic mineral products increased 9.1% to $5.8 billion in April. Following two consecutive months of atypically low levels, exports of unwrought precious metals and precious metal alloys led the increase for the section in April, up 25.3% to $1.6 billion. Contributing to the increase were higher sales of unwrought gold to Hong Kong, following its refining in Canada. For the section as a whole, volumes rose 5.8%, while prices were up 3.1%.

Exports of consumer goods, up 5.4% to $6.2 billion in April, also contributed to the overall increase. Exports of pharmaceutical and medicinal products rose 33.3%, mostly on higher shipments to the United States. Other food products (+8.3%) also posted a significant gain in April, mainly on higher exports of dried peas to Asia.

In April, exports of energy products increased 2.3%, the eighth monthly increase in nine months. Exports of and crude bitumen (+4.9%) were the largest contributor, principally on higher volumes. The April increase in real exports of crude oil was the fifth consecutive monthly gain. For the section as a whole, prices rose 2.1%, while volumes edged up 0.2%. Year over year, prices increased 10.2% for the section. 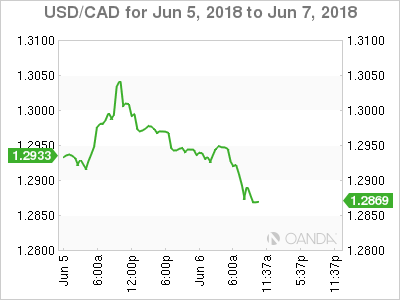 Motor vehicles and parts lead the decrease in imports

After reaching a record high in March, imports fell 2.5% in April to $50.5 billion, with declines in 8 of 11 sections. Lower imports of motor vehicles and parts and consumer goods were partially offset by higher imports of energy products. Year over year, total imports were up 4.7%.

Imports of consumer goods also contributed to the overall decrease, down 4.9% to $10.5 billion in April. Following a $200 million increase in March, pharmaceutical and medicinal products drove the widespread decrease in the section in April, down $228 million, mostly on lower imports from Switzerland, Belgium and the United States.

These declines were partially offset by higher imports of energy products, up 8.5% to $3.4 billion. Imports of refined petroleum energy products were responsible for the gain, increasing 28.5% to a record $1.4 billion. Temporary shutdowns in Canadian refineries in April led to higher imports of motor gasoline and diesel fuel to meet domestic demand. For the section as a whole, volumes were up 8.1% and prices edged up 0.4%. 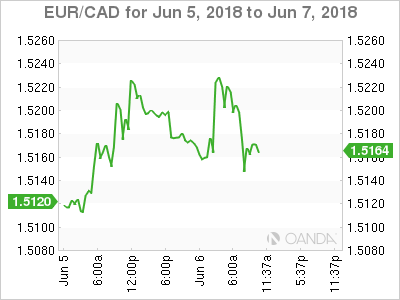 Exports to the United States were up 3.2% to $36.1 billion in April, notably on higher exports of crude oil and crude oil bitumen. Imports from the United States decreased 1.4% to $32.5 billion, mostly on lower imports of passenger cars and light trucks.

Consequently, after five monthly contractions, Canada’s merchandise trade surplus with the United States widened to $3.6 billion in April from a $2.0-billion surplus in March. Comparing the average exchange rates of March and April, the Canadian dollar gained 1.2 US cents relative to the American dollar. This followed a decline of 2.1 US cents in March.

Exports to countries other than the United States decreased 3.0% to $12.5 billion in April, mainly on lower shipments to the United Kingdom (crude oil), Saudi Arabia (other transportation equipment), Japan (coal) and South Korea (aircraft and coal). These decreases were partially offset by higher exports to China (crude oil), Hong Kong (unwrought gold) and the Netherlands (coal and diesel fuel).

As a result, Canada’s trade deficit with countries other than the United States narrowed from $6.0 billion in March to $5.5 billion in April. 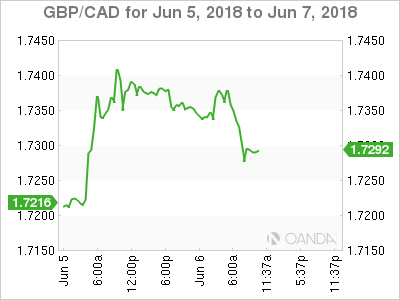 Revisions to March exports and imports

At the same time, Canada has proposed additional tariffs on the imports of certain products from the United States. These tariff rates are also at the 25% and 10% levels. The tariffs cover a more diverse range of products and primarily fall under the categories of aluminum products; articles of iron and steel; machinery and electrical equipment; prepared foodstuffs; chemical products; paper products; and other miscellaneous manufactured items. In 2017, the import value of U.S. goods that may be subject to the proposed tariffs was $19.4 billion.