Canada’s merchandise trade deficit with the world narrowed from $2.7 billion in May to $626 million in June, the smallest deficit since January 2017. Total exports increased 4.1%, mainly on higher exports of energy products and aircraft. Total imports edged down 0.2%.

Exports rose 4.1% to $50.7 billion in June, the first time they have surpassed the $50-billion mark. Widespread increases throughout the product sections were led by energy products, and aircraft and other transportation equipment and parts. Excluding energy products, exports were up 3.4%. Year over year, total exports rose 9.2%.

Exports of energy products increased 7.1% to $9.9 billion, the highest level since October 2014. exports were primarily responsible for the gain, up 6.6% to $7.2 billion on the strength of prices. Exports of refined petroleum energy products (+19.2%) also contributed to the growth, owing to higher exports of heavy fuel oils and diesel fuel.

Significant export increases were also observed in other sections in June, including in the metal ores and non-metallic minerals (+22.9%), motor vehicles and parts (+3.7%) and industrial machinery, equipment and parts (+6.1%) sections. 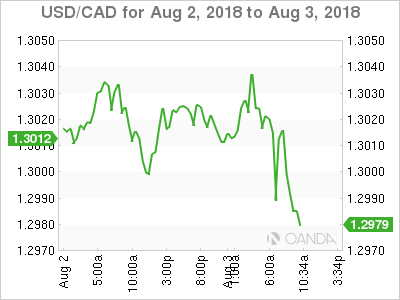 Imports edged down 0.2% to $51.3 billion in June, despite increases in 7 of 11 product sections. Large decreases in imports of energy products and in aircraft and other transportation equipment and parts were largely offset by widespread increases. Year over year, total imports were up 4.2%.

Imports of energy products decreased 15.1% to $2.9 billion in June. Following four consecutive monthly increases, imports of refined petroleum energy products (-27.4%) drove the decline in June, mainly on lower volumes. A number of Canadian refineries that were temporarily shut down in April and May resumed production in June, reducing the demand for foreign motor gasoline and diesel fuel.

These declines were largely offset by increases in several other product sections, including metal ores and non-metallic minerals (+16.2%), consumer goods (+1.2%) and basic and industrial chemical, plastic and rubber products (+2.7%). 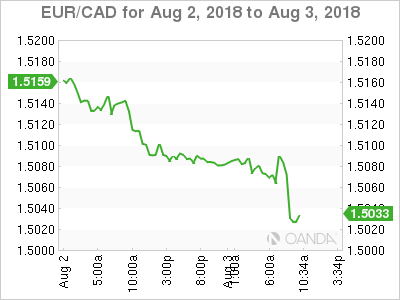 Exports to countries other that U.S. rise sharply

Exports to countries other than the United States increased 8.7% in June to a record $13.6 billion. Higher exports destined for Germany (aircraft), India (metal ores, potash), Belgium (nickel) and Mexico (aircraft) contributed the most to the increase. Lower exports to Hong Kong (unwrought gold) partially offset the overall gain.

Imports from countries other than the United States fell 1.2% to $18.4 billion. Lower shipments from China (cellphones, aircraft) and the United Kingdom (motor gasoline) led the decrease.

Consequently, Canada’s trade deficit with countries other than the United States narrowed from $6.1 billion in May to $4.7 billion in June, the smallest deficit since March 2017.

Exports to the United States increased 2.5% to a record $37.1 billion, mainly on higher exports of passenger cars and light trucks. Imports from the United States edged up 0.3% in June to $32.9 billion. As a result, Canada’s trade surplus with the United States widened from $3.3 billion in May to $4.1 billion. Comparing the average exchange rates of May and June, the Canadian dollar lost 1.5 US cents relative to the American dollar. 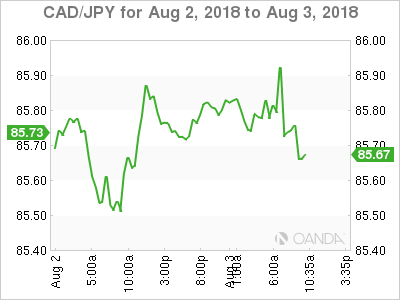 Strong increase in exports in the second quarter

Exports rose 6.0% to $148.2 billion in the second quarter, the largest quarterly increase in 10 years. Notable gains were observed in the energy products, forestry products and building and packaging materials, metal and non-metallic mineral products, and consumer goods sections.

Imports rose 3.2% to $153.2 billion in the second quarter. Widespread increases were led by basic and industrial chemical, plastic and rubber products, consumer goods, as well as aircraft and other transportation equipment and parts. As a result, the quarterly trade deficit narrowed from $8.6 billion in the first quarter, to $4.9 billion.

In real (or volume) terms, exports rose 3.8% in the second quarter, mainly on higher exports of energy products and consumer goods. Import volumes were up 1.7%, led by basic and industrial chemical, plastic and rubber products, and by electronic and electrical equipment and parts.

Exports of aluminum to the United States that were subject to a 10% tariff were down 7.0% in June, on a customs unadjusted basis. This also followed a significant ramp up (+28.5%) in exports from February to May. In the previous three years, the average increase for these products from February to May was 11.7%, while the average June decline was 2.3%. Year over year, exports of aluminum were up 10.2% in June. 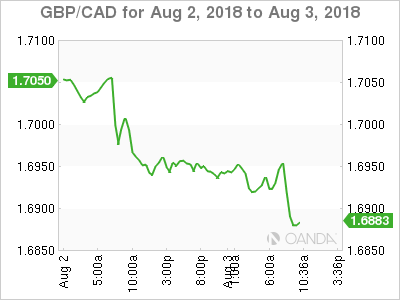 Revisions to May exports and imports