The Canadian dollar rose on Tuesday. The was not helped by positive domestic data as factory sales were down 0.2 percent in February coming in lower than expected at no gain. Oil prices were the major factor in the CAD rebound. Supply disruptions took crude prices higher as the OPEC+ continues to limit production. 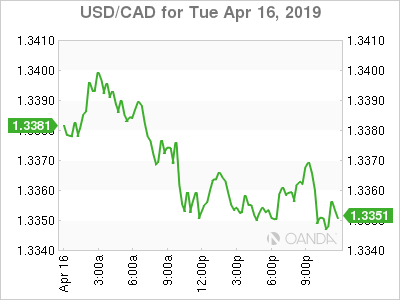 The rise in crude prices helped offset the dovish results from the Bank of Canada (BoC) business survey published on Monday. The loonie had a great start to 2019, but as major central banks are pumping the breaks so too has the BoC joined the dovish choir. Economic data is expected to be mixed going forward with the CAD traders awaiting inflation and trade data.

The U.S. dollar was mixed against major pairs on Tuesday. The greenback was lower against the AUD, NZD and JPY as Chinese data encouraged riskier assets. ECB dovish comments showcased a lack of confidence in the European economy despite the positive indicators this week taking the EUR lower. The GBP continues to be sensitive to Brexit headlines despite the Halloween extension. Opposition leader Jeremy Corbyn said that talks between the two major parties are stalling. The European Council has been supportive of more talks, and even of reversing Article 50, but the U.K. parliament has not rallied behind a single cause, leading to a vicious circle where a no-deal exit it not wanted, but supporting a single option is not viable.

Oil prices rose on Tuesday as supply disruptions ended up boosting WTI more than 1 percent and 0.7 percent. The API report showed a 3.6 million drawdown in crude stocks ahead of the report by the Energy Information Administration (EIA) on Wednesday. The forecast calls for a buildup in inventories but after the mixed report last week, a drawdown would be positive for crude prices. 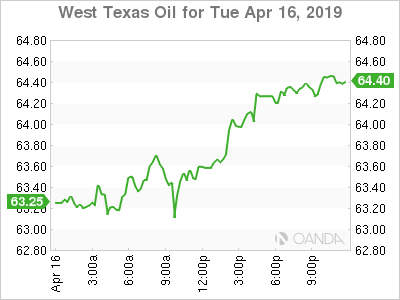 The U.S. dollar is gathering some momentum, after a dovish ECB, but not enough to derail crude. Oil prices could continue to climb higher if there is a significant drawdown of crude in the U.S. The OPEC+ deal continues to be the stabilizing factor that is pushing against rising U.S. output. The disruptions have played in favor of the production cut agreement but have also made some members wonder if the time is now, before extending the deal, to start ramping up production. 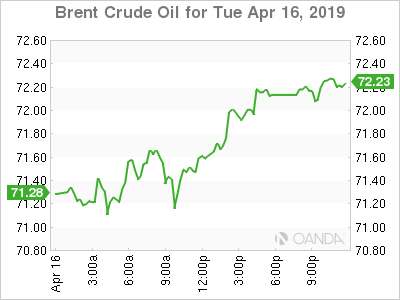 The Trump administration has shown a willingness to support the U.S. energy sector, and with low oil prices as one of its main selling points shale producers could once again put the OPEC in a tough situation.

Gold lost 0.9 percent on Tuesday. The yellow metal was under pressure as investors were seeking riskier assets and sold their safe haven positions. Lower inflation in the U.S. also reduces the appeal of gold as the Dallas Fed outlined that the gig economy could be the x-factor keeping wages low despite a strong employment. 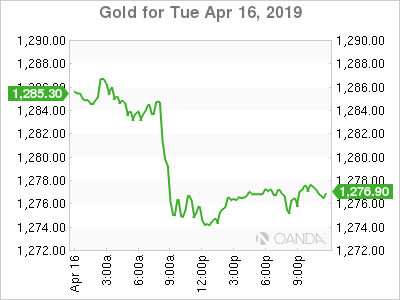 An extension to Brexit and positive comments on U.S.-China and even U.S.-EU trade deals have put gold on the back foot in the short term. Geopolitics will continue to create uncertainty that could eventually lead to gains on gold positions, but for now risk is the name of the game as the global outlook looks more stable.

Global Indices had another positive session. Health-care stocks in the U.S. beat expectations and overall equities continue to defy analyst forecast of a slowdown. Updated guidance to the downside is partly responsible as the bar has been lowered, but companies are still posting positive results. 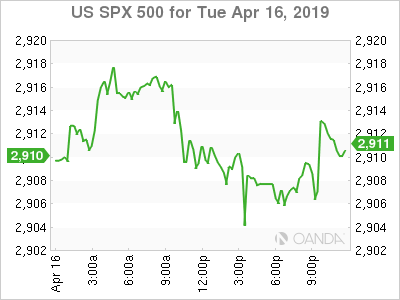 Apple (NASDAQ:) and Qualcomm (NASDAQ:) settled their patent lawsuit, which was a huge positive for the chipmaker rising 15 percent, while the iPhone maker ended up with a 1-percent gain after agreeing to pay and entering into a six-year chip supply agreement.

Netflix (NASDAQ:) fell after beating estimates on its Q1 earnings. It also added 1.74 million subscribers, but its future guidance was of only 0.55 earnings per share. The market was focused on increased competition in the space with Disney and Apple ready to step in this year. Netflix dismissed those concerns in a note: “We don’t anticipate that these new entrants will materially affect our growth because the transition from linear to on demand entertainment is so massive and because of the differing nature of our content offerings.” Analysts are not as optimistic on Netflix being able to fend off the threat from a content powerhouse like Disney and a hardware leader like Apple.