The U.S. dollar was mixed on Thursday as the attacks against two tankers in the Gulf of Oman led investors to seek refuge in safe havens. The Japanese yen and the Swiss franc appreciated against the greenback, with the Canadian dollar rising as the price of oil jumped on supply concerns as the result of the attacks. 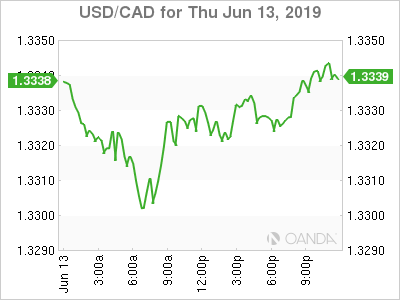 The Canadian dollar appreciated on Thursday after being under pressure against the U.S. dollar. The attacks on two oil tankers in the Gulf of Oman drove crude prices higher and took the along for the ride. Mixed economic data, with one of the major red flags being further evidence of housing weakness.

Oil prices surged more than 2 percent on Thursday as attacks on tanker ships in the Gulf of Oman created supply concerns. Oil prices were falling earlier in the week as doubts surrounded the extension of the OPEC+ agreement and rising U.S. production was seen as weekly crude inventories have posted large buildups. 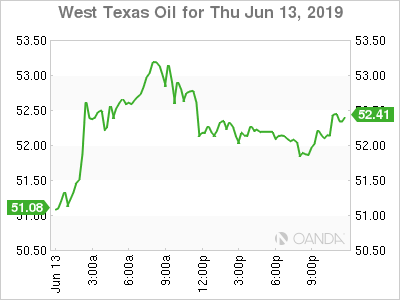 Supply disruptions in the Middle East due to violence will be a major factor, especially when it’s close to the largest sea lane for crude. Russia is playing hard to get in signalling its commitment to an OPEC+ production cut extension. The agreement from producers to reduce their output was the major factor that added stability and appreciated crude prices, losing one of the biggest non-OPEC producers could be the end not only of the pact, but could tear the group apart.

U.S. Secretary of State Mike Pompeo went on the record saying Iran was responsible for the attacks to reduce the flow of oil. President Donald Trump also tweeted that Iran is not ready for a deal, as the attacks happened when Japanese Prime Minister Abe was visiting to meet with Ayatollah Khamenei. 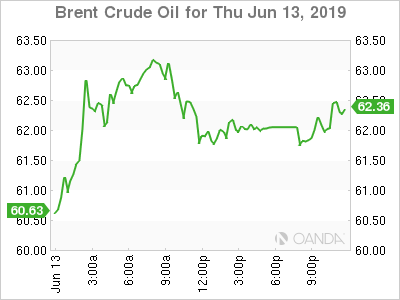 Oil remains sensitive to supply disruptions rising despite trade war concerns putting pressure downward on energy demand and the threat of higher production. The U.S.-China trade dispute has no end in sight and investors await a potential sit down between the two leaders as a sidebar to their G20 commitments later this month.

Gold rose 0.69 percent on Thursday as tensions intensified in the Middle East as two tankers were attacked in the Gulf of Oman pushing the metal to $1,342.

Gold traded higher as its appeal as an alternative investment in times of uncertainty. The yellow metal has risen as the probabilities of a summer interest rate cut by the Fed have increased. 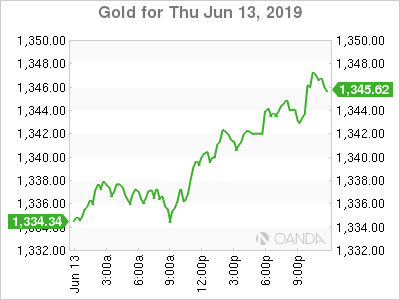 Trade tensions had given a boost to the U.S. dollar as a refuge for investors, but the potential showdown with Iran in the aftermath of the attacks in the Middle East steered investors away from the greenback.

Stocks Rose as Energy Sector and Disney Stand Out

Equities finished higher on Thursday reversing a two-day losing streak. Energy stocks got a shot in the arm after the attack on two shipping vessels in the Gulf of Oman drove oil prices higher.

Fed rate cut probabilities continue to climb and were validated with a higher than expected weekly unemployment claims in the U.S.

Disney shares also rose as it is expected to be a strong player in the stream wars based on the embarrassment of IP riches the company possesses.

Markets are not focused on the U.S.-China trade war and even brushed off some of the negative impact an escalation after the U.S. attributed the attacks in the Oman Gulf to Iran.