HomenewsMarket OverviewCanadian GDP Up 0.5% In May With 19 of 20 Sectors Registering Increases

Canadian GDP Up 0.5% In May With 19 of 20 Sectors Registering Increases

Real gross domestic product (GDP) was up 0.5% in May, after increasing 0.1% in April. The rise was widespread as 19 of 20 industrial sectors registered increases.

Mining, quarrying, and oil and gas extraction continues to grow

The mining, quarrying, and oil and gas extraction sector was up for the fourth month in a row in May, growing by 1.8%.

Mining, excluding oil and gas extraction, was up 0.6%. Metal ore mining increased 4.5% in part due to a 7.1% rise at , nickel, lead and zinc mines – the first gain after eight months of declines. Non-metallic mineral mining contracted 4.1% due to lower output at diamond mines. Coal mining was up 1.6%.

Following four months of growth, support activities for mining and oil and gas extraction were down 2.2% in May on account of lower activity by drilling and rigging services. 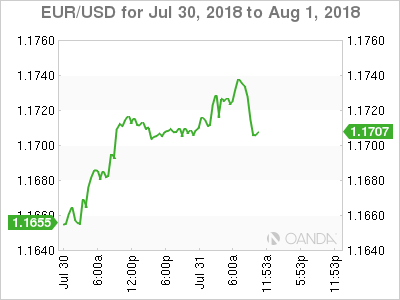 Return to normal in many industries after unusual April weather

Industries affected by unusual weather conditions in April, including colder-than-normal temperatures across the country and an ice storm across Central and Eastern Canada, mostly had offsetting changes in May.

After a 1.0% decline in April, retail trade rose 2.0% in May, the largest increase since October 2017. There were notable increases in activity at motor vehicle and parts dealers and in store types associated with springtime activities, such as building material and garden equipment and supplies dealers, clothing and clothing accessories stores and general merchandise stores.

Following 1.4% growth in April to meet increased demand for heating due to colder-than-usual temperatures, the utilities sector contracted 2.4% as warmer and spring-like weather conditions returned across the country. Electric power generation, transmission and distribution contracted 3.0%, while natural gas distribution edged up 0.1%.

The food services and drinking places sub-sector was up 0.9%, after a 1.1% decline in April. 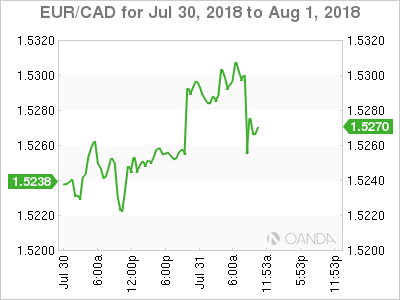 Wholesale trade was up 1.4% in May. The largest increase in terms of output came from building material and supplies wholesaling (+4.4%) as there was increased demand for lumber and millwork products. Miscellaneous wholesaling rose 5.0%, mainly from higher sales of agricultural supplies. Motor vehicle and parts wholesaling (-1.0%) was down for a second consecutive month as both imports and exports of motor vehicles decreased.

The manufacturing sector edged up 0.1% in May, following a 0.8% increase in April when the real inventory-to-sales ratio was the highest since August 2009.

Non-durable manufacturing rose 0.9% as six of nine sub-sectors grew. Chemical manufacturing was up 4.5% from higher output of manufacturers of pharmaceuticals and medicines and pesticides, fertilizers and other agricultural products. Petroleum and coal products declined 0.6% as shutdowns initiated in April at several refineries for maintenance and retooling work continued.

Activity at the offices of real estate agents and brokers was down 2.7% in May, in part due to declining home sales in British Columbia. This was the fourth decline since the beginning of 2018.

The professional, scientific and technical services sector rose 0.5% in May. Most industries recorded an increase, led by growth in computer systems design and related services (+1.5%).

The public sector edged up 0.1%, as health care and social assistance rose 0.3%. Public administration and educational services were essentially unchanged.