The Canadian economy added a net 32,300 jobs in March on a seasonally adjusted basis, all of which were in the full-time category. Market expectations were for a net gain of 20,000. 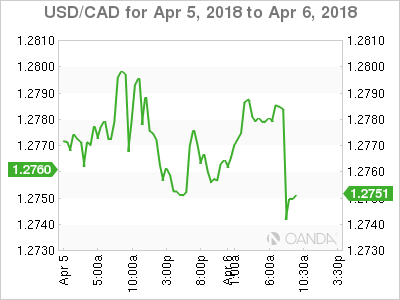 The pace of hiring stateside slowed in March and the unemployment rate held at a 17-year low.

The unemployment rate was a seasonally adjusted to 4.1% for the sixth consecutive month.

Stock futures have edged slightly lower after the release, while the has edged lower, down 2 bps to 2.8%, while the USD has slipped 0.2% against G7 currency pairs. 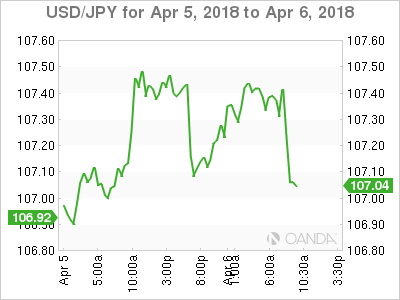