decreased 1.0% to $54.9 billion in January. Declines in the motor vehicles, the aerospace product and parts, as well as the primary metal industries were responsible for the overall drop.

Overall, sales were down in 14 of 21 industries, representing 56% of the Canadian manufacturing sector. Sales of durable goods declined 3.5% to $28.2 billion, while sales of non-durable goods increased 1.7% to $26.8 billion. 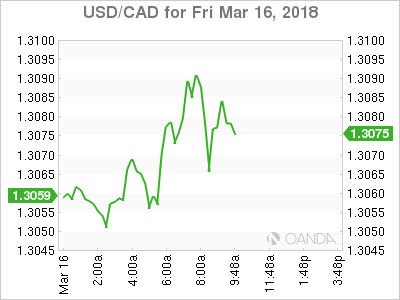 Sales of motor vehicles fell 8.0% to $4.9 billion, following two consecutive monthly increases. The decrease reflected mostly lower production because of atypical assembly plant shutdowns. In constant dollar terms, sales in the motor vehicle industry declined 7.5% in January, indicating that the decline in current dollars is mainly due to a reduction in volumes produced.

Production in the aerospace product and parts industry decreased 9.5% to $1.6 billion, following 4.4% increase in December. The January decline was partly due to the increase in the value of the Canadian dollar relative to the U.S. dollar. Sales and inventories are used to calculate production in the aerospace industry and most inventories in the industry are held in U.S. dollars.