Wholesale sales declined for a second consecutive month, down 0.5% to $63.2 billion in September. Lower sales were recorded in five of seven sub-sectors, led by the machinery, equipment and supplies and the personal and household goods sub-sectors.

In September, lower sales were recorded in five of seven sub-sectors, which together accounted for 68% of total wholesale sales.

Sales in the personal and household goods sub-sector declined 1.6% to $9.0 billion, its second decline in five months. Five of six industries reported declines, with a 17.4% decrease in the toiletries, cosmetics and sundries industry contributing the most to the decline in September.

Sales in the building material and supplies sub-sector increased 1.5% to $9.5 billion, following a 3.9% decline in August. The lumber, millwork, hardware and other building supplies industry (+3.0%) contributed the most to the gain.

On a quarterly basis, the personal and household goods (+3.2%) and the food, beverage and tobacco (+0.9%) sub-sectors contributed the most to the gain in the third quarter. The motor vehicle and parts sub-sector declined for the third consecutive quarter (-2.3%). 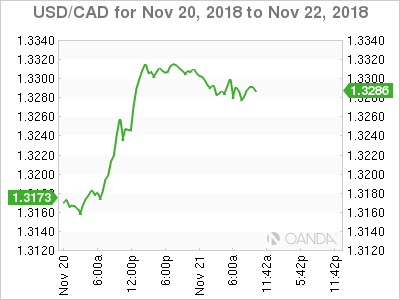 Sales down in eight provinces, led by Quebec and Ontario

Sales in Ontario decreased for the second consecutive month, dropping 0.5% to $32.0 billion. Declines were led by the machinery, equipment and supplies (-3.5%) and the personal and household goods (-3.2%) sub-sectors. In the machinery, equipment and supplies sub-sector, sales fell for the fourth time in five months, while sales in the personal and household goods sub-sector were down following three consecutive monthly gains.

In September, sales in the Atlantic provinces were down. Sales in Nova Scotia decreased for the fourth consecutive month, down 1.6% to $836 million in September, led by the motor vehicle and parts sub-sector. Wholesale sales in New Brunswick (-2.6% to $534 million), Newfoundland and Labrador (-3.5% to $343 million) and Prince Edward Island (-4.1% to $75 million) declined for the third time in four months. The food, beverage and tobacco sub-sector led the declines in New Brunswick and Newfoundland and Labrador.

In Manitoba, sales increased for the third consecutive month, up 5.0% to $1.7 billion in September, their highest level on record. The gain was attributable to higher sales in all the sub-sectors. The miscellaneous (+9.6%) and the machinery, equipment and supplies (+6.8%) sub-sectors were the main contributors to the gain. 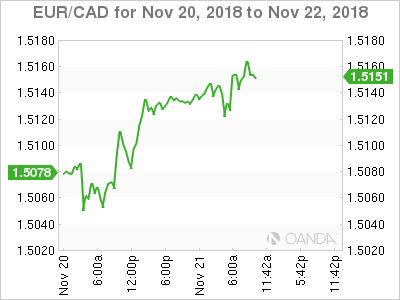 In dollar terms, the building material and supplies sub-sector (+2.4%) recorded the largest gain, as inventories rose in all industries.

The machinery, equipment and supplies sub-sector (+1.1%) posted its fifth consecutive monthly gain in inventories in September.

Inventories in the motor vehicle and parts sub-sector (-0.9%) declined for the fourth time in 2018.

The inventory-to-sales ratio increased from 1.36 in August to 1.38 in September. This ratio is a measure of the time in months required to exhaust inventories if sales were to remain at their current level.

For the reference month of September, the Monthly Wholesale Trade Survey added nine supplementary questions to assess the impact of the British Columbia wildfires and evacuations from July to September 2018.

For the September reference month, approximately 3,000 companies responded to the supplementary questions. Of these companies, 123 wholesalers (about 4%) indicated that their businesses had been affected by the wildfires at some point from July to September.

Responses that indicated an impact were recorded in each of the seven sub-sectors encompassed by the Monthly Wholesale Trade Survey and touched all provinces, with the exception of Newfoundland and Labrador and Prince Edward Island.

The most common type of impact felt during this time was disruptions in transportation. This included both receiving inventories and distributing goods to clients. Of the 123 wholesalers that indicated they experienced impacts, seven stated that their businesses were shut down entirely and ranged from just days to multiple months.

While responses pointed toward a negative impact in most cases, five businesses stated increased sales.

Overall, while some businesses faced hardship from this extreme event, the impact of the wildfires on total wholesale sales in Canada was likely small.