Wholesale sales rose 1.2% to a record $63.7 billion in May. Sales were up in four of seven sub-sectors, representing approximately 50% of total wholesale sales.

The miscellaneous, building material and supplies, and farm product sub-sectors contributed the most to the gains in May, while the motor vehicle and parts sub-sector posted the largest decline.

Sales increase in four of seven sub-sectors, led by the miscellaneous and the building material and supplies sub-sectors

Sales in the building material and supplies sub-sector rose 5.0% to $9.7 billion as all industries posted gains in May. Much of May’s increase was attributable to higher sales in the lumber, millwork, hardware and other building supplies industry, up 7.3% to $4.9 billion. This was the third consecutive increase for the industry and the highest sales level since July 2017. In volume terms, the industry increased 6.8%, indicating that the gain in the current dollar series was partly price driven. In May, international merchandise trade reported gains in both imports and exports of building and packaging materials.

Following a 17.5% decline in April, the farm product sub-sector rebounded in May, up 25.5% to $859 million. This was the third increase in four months and the highest level since November 2017. A 28.5% increase in volume terms signifies that price changes had no impact on the growth seen in the current dollar series. Exports of farm and fishing products increased in May.

The motor vehicle and supplies sub-sector recorded the largest decline in dollar terms in May, down 2.5% to $11.1 billion. This was the second consecutive monthly decline and the fifth drop in six months, bringing the sub-sector to its lowest level since December 2016. The sole contributor to the decrease was the motor vehicle industry, down 3.7% to $8.9 billion. Imports and exports of passenger cars and light trucks as well as manufacturing sales of motor vehicles declined in May. 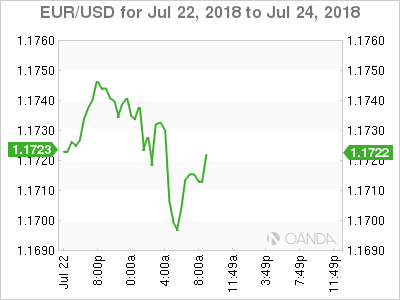 Sales were up in eight provinces in May, accounting for 49% of total wholesale sales in Canada. Higher sales in the western provinces led the gains. In dollar terms, Alberta contributed the most to the increase, more than offsetting the decline reported in Ontario.

Sales in Saskatchewan increased for the third consecutive month, up 9.8% to $2.3 billion — the highest level since December 2016. The miscellaneous sub-sector (+17.2%) led the gains, with the agricultural supplies industry contributing the most to the increase.

In British Columbia, sales grew 1.9% to $6.7 billion, its third consecutive gain. The gains were led by the machinery, equipment and supplies sub-sector (+11.4%), more than offsetting the 10.2% decline in April.

Ontario posted its second consecutive monthly decline in May, down 0.9% to $32.1 billion. The motor vehicle and parts (-4.6%) and the food, beverage and tobacco (-6.5%) subsectors led the decrease. The motor vehicle and parts sub-sector was down for the second consecutive month, while the food, beverage and tobacco sub-sector declined for the second time in four months. 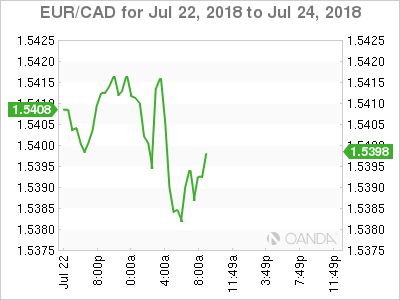 Inventories grew 2.7% in the miscellaneous sub-sector, a third consecutive monthly gain. Increases were reported by all five industries and were led by increased stock in the other miscellaneous industry (+4.0%).

The building material and supplies sub-sector (+2.0%) rose for the third consecutive month, on the strength of higher inventories in the metal service centres (+3.8%) and the lumber, millwork, hardware and other building supplies (+1.6%) industries.

The inventory-to-sales ratio increased from 1.31 in April to 1.32 in May. This ratio is a measure of the time in months required to exhaust inventories if sales were to remain at their current level.