Right now, central banks are mostly in a wait-and-see mode, as reopenings around the world give them hope that existing monetary policy is working. However, they are no surer of that than governments are of having beaten off the threat of COVID-19.

The , the , and the are holding policy meetings this week, on Tuesday, Wednesday, and Thursday respectively. Whether current rates are slightly positive or slightly negative, none of these central banks have much leeway to stimulate the economy with additional rate cuts.

Their respective currencies—the , and —have been strong against the in recent days, but that is more relief at reopening than a reflection of monetary policy, as investors emerge from the safe haven of the US currency. 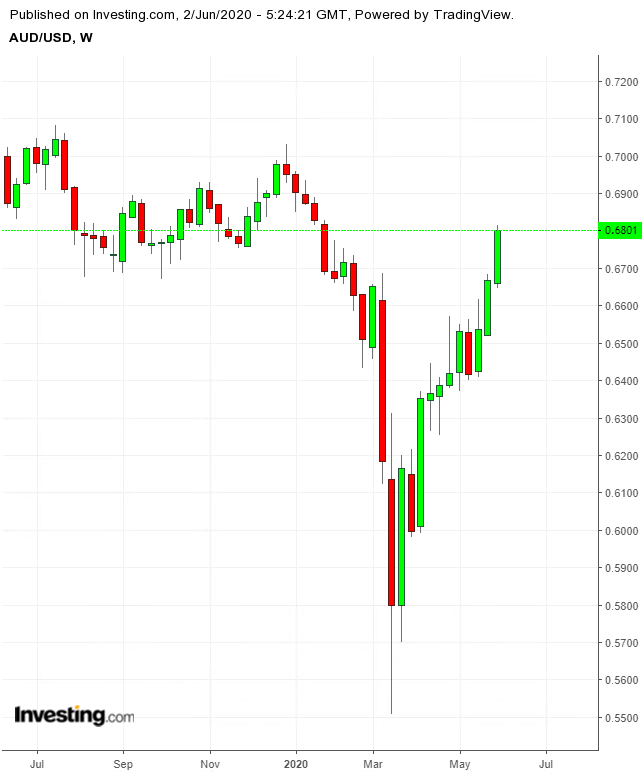 Australian central bank governor Philip Lowe has backpedaled any hopes for further action as he calls on fiscal authorities to provide more stimulus. The Reserve Bank is likely to keep its rate at 0.25% and harden forward guidance, supporting the Australian dollar as it tries to to its January levels against the US currency.

Wednesday’s policy meeting will mark the debut of Tiff Macklem as the new governor of Canada’s central bank. The bank likewise is expected to hold its benchmark rate steady at 0.25%, and the loonie has also been relatively strong against the US dollar.

Macklem, a former senior deputy governor at the central bank, should be a sure pair of hands, but he is unlikely to take any bold initiatives on his first day on the job, even if he did have to wait seven years longer than expected after Stephen Poloz got the post ahead of him. 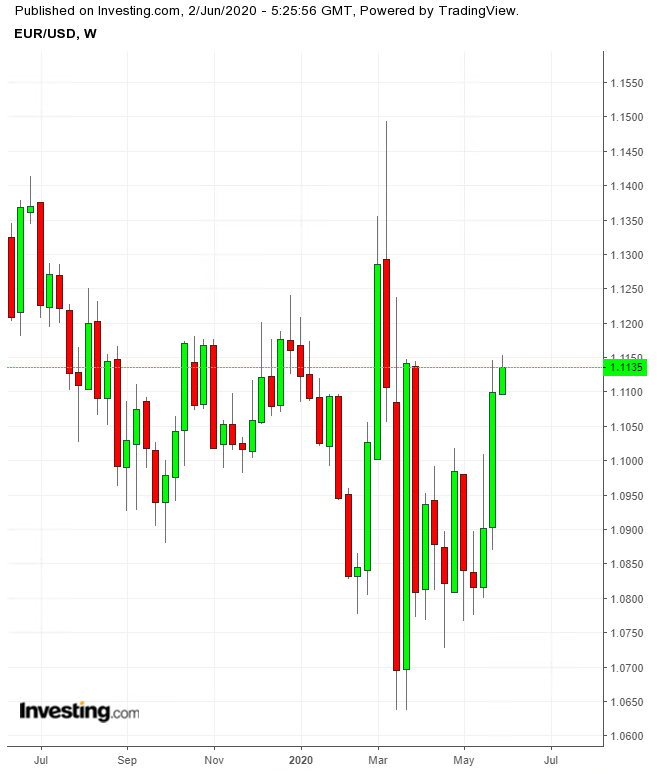 The European Central Bank has more vexing issues as the governing council meets on Thursday. The European Commission has proposed €750 billion for a recovery fund as well as a €1.1 trillion budget, but given the byzantine procedures to turn that into a reality, the ECB is hardly off the hook for keeping the European economy afloat.

The plan to fund the recovery package through bonds issued in the name of the EU faces opposition not only from the so-called frugal four countries—Austria, Sweden, Denmark and the Netherlands—but also from conservative members of German Chancellor Angela Merkel’s coalition government.

Germany has thrown another potential wrench in the works with the Constitutional Court’s ruling last month that the government must justify that the ECB’s asset purchases are “proportional”—that is, the economic policy effects are in line with the monetary policy objectives behind the program—if the German central bank is to participate. As a result, the ECB is reportedly making contingency plans for conducting asset purchases without the Bundesbank.

The EU disputes the jurisdiction of the German court in the matter, but the ruling introduces yet more uncertainty into the path of a central bank under the unsteady leadership of Christine Lagarde, who ascended to the presidency on the strength of her political credentials and nationality rather than her monetary policy expertise.

Nonetheless, analysts expect the ECB to raise its Pandemic Emergency Purchase Programme by €500 billion from its current €750 billion, or perhaps even more. Traders will be looking for any changes in the scope of asset purchases in the bank’s quantitative easing—whether, for instance, bonds of companies downgraded to junk because of the pandemic, the so-called fallen angels, will be eligible.

The ECB’s benchmark lending rate has been a negative 0.5% since September, so there is little scope to lower it further. The euro, meanwhile, is benefiting from the general weakness of the US dollar and the expectation of further stimulus from increased asset purchases.