Here’s a quick follow-up on our previous analysis of after a second bearish pattern has formed below key resistance. 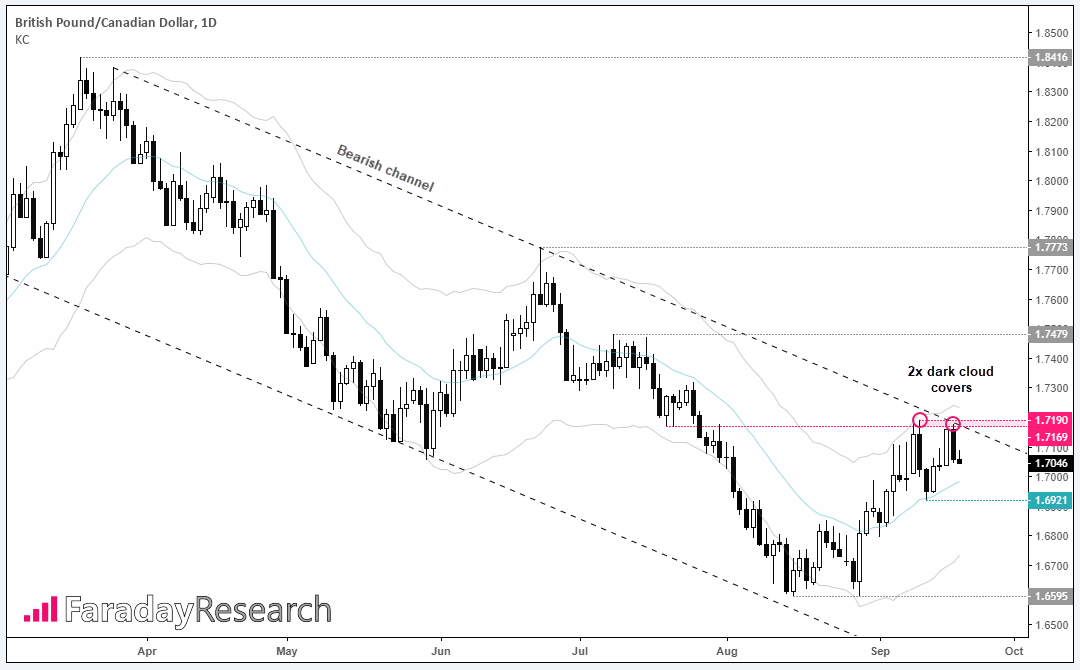 On Sept. 13, we outlined GBP/CAD’s potential for a large drop, based upon an established bearish channel and 10-week declines within it. The bearish channel not only remains intact but has also been reinforced by another dark cloud clover pattern. Furthermore, the high of the two-day reversal sits marginally beneath 1.7190 to provide a lower high and double top pattern. Given we are now testing yesterday’s lows, we’re keeping a close eye for its next break lower.

Previously we noted support might be found at the 20-day average for “another attempt to move higher.” While this turned out to be the case, we still favour an eventual downside break given the strength of the bearish trend reversal patterns beneath key resistance zone.

However, if bullish momentum returns, we’ll keep a close eye on the 1.7169/90 resistance zone as a break above it invalidates the bearish channel and warns of a trend reversal. In turn, it would likely make a compelling long signal to counter-trend traders, with the 1.7479 and 1.7773 highs likely to become targets.