The Japanese Yen had been notably weak against the USD with losses of over 1%. While the economic calendar had been somewhat quiet from the Japanese point of view. Mid-week source reports that the US are looking to reach out to China for another round of trade talks had led to an easing of trade war fears, consequently weighing on the Japanese Yen. Alongside this, US and Japanese 2yr bond spreads continue to widen, driving further losses for the Yen with the currency hovering around 112 against the greenback. The US-JP 2yr bond spread is now the widest since 2007 and with no signs that the BoJ are looking to exit their ultra-loose monetary policy, USDJPY may well push for higher levels.

Within the option market, risk reversals continue to suggest a moderation in demand for protection against JPY strength. 1-week risk reversals now at the highest level since July, implying that risks are tilted to the upside for USDJPY in the short term. 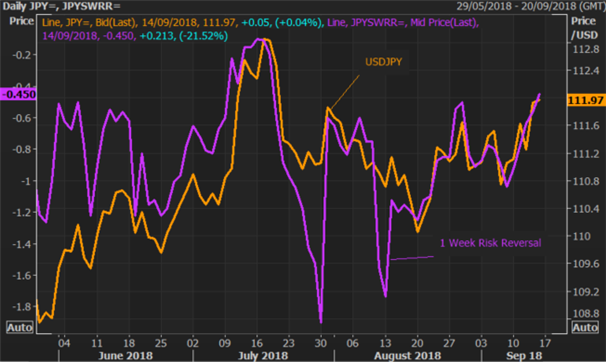 On the docket for next week, Japanese watchers will be keeping an eye on the latest BoJ rate decision. However, don’t expect fireworks, the BoJ will continue to maintain its ultra-loose monetary policy stance with inflation remaining some distance from the central bank’s target. Elsewhere, the latest CPI figures are to be released on Thursday in which the core inflation is expected to tick up 0.1ppt to 0.9%. 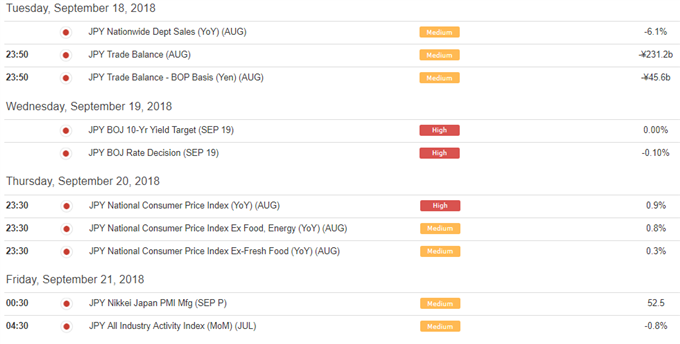 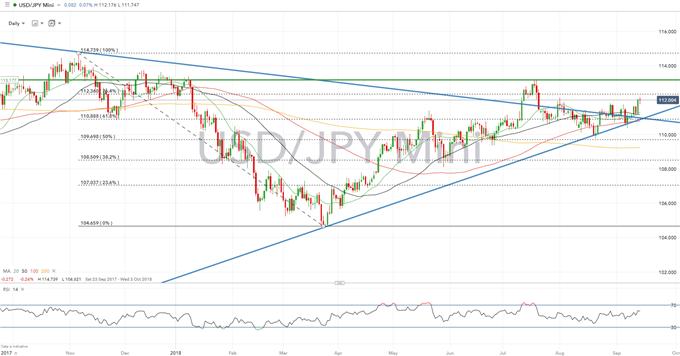