For a more in-depth analysis on FX, check out the brand new Q3 Forecast

EUR: Among the underperforming currencies amid the bounce back in the USD index. Alongside this, German ZEW survey plunged to its lowest level in 6 years, consequently exacerbating the selling seen in EURUSD, which in turn led to a break below the 1.1700 handle. Elsewhere, Italy’s Savona, stated that it may depend on others whether Italy stays in the Euro, as such this saw Italian bond yields spiked higher, while the FTSE MIB retraced some of its earlier gains.

GBP: The UK economy continued to pick up in May after the slowdown seen in Q1 amid the boost in service sector growth, while manufacturing and industrial activity data disappointed. The first look at the new monthly GDP report printed in line with expectations at 0.3%, while the yearly rate beat consensus at 1.5% (Exp. 1.4%). However, the soft industrial and manufacturing data prompted the selloff in the Pound, while domestic political uncertainty continues to keep GBP on the back foot.

TRY: Once President Erdogan’s executive presidential system came into effect, the President no time in utilising his new powers. Firstly, Erdogan changed the Turkish Central Bank law, allowing him to appoint who he wants as deputy governors without the consent of the governor. Most notably Erdogan appointed his son-in-law as the new finance minister and removed the market friendly, Simsek and Al Babacan which prompted a sell-off in the Turkish Lira. As such, Erdogan has tightened his control over crucial policy areas without the involvement of qualified domain experts. 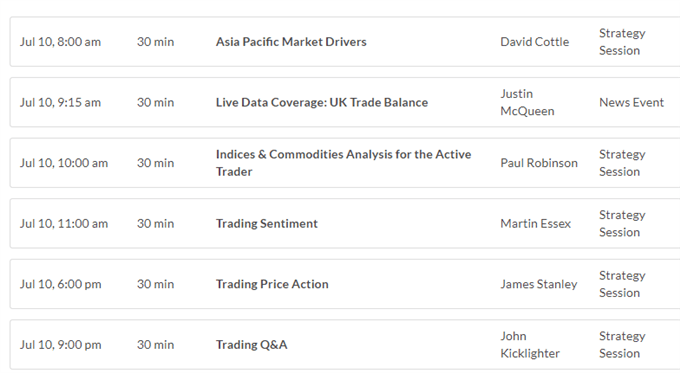 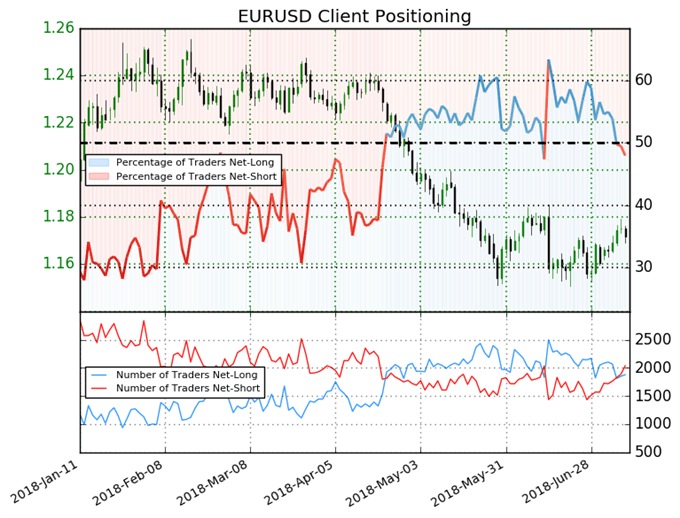 We typically take a contrarian view to crowd sentiment, and the fact traders are net-short suggests EURUSD prices may continue to rise. Traders are further net-short than yesterday and last week, and the combination of current sentiment and recent changes gives us a stronger EURUSD-bullish contrarian trading bias.