EUR: The Euro made a break above 1.18 following hawkish comments from Mario Draghi, whereby the ECB President stated that he sees a vigorous pick up in underlying inflation, despite the fact that core inflation remains some way off the ECB’s 2% target. Nonetheless, these comments from Draghi has sparked a bid in the Euro against its major counterparts, breaking above last week’s high (1.1803), which provides room for a move towards 1.1850 (ECB Taper day high)

GBP: After the largest decline since the October 2016 GBP flash crash, the Pound has seen a modest reprieve and is the best performer in the G10 space with GBPUSD breaking back above 1.31. Elsewhere, Brexit minister Raab remained defiant over the Chequers plan despite the recent criticism and opposition, providing some mild support for the currency.

AUD: The Australian Dollar which is typically seen as a proxy for China is among the laggards today as the Trump administrations $200bln worth of tariffs became effective. This subsequently led to China rejecting the United States offer for another round of talks and as such weighed on the Aussie.

Crude Oil: Brent crude futures hit a fresh 4yr high after OPEC stated that they would only raise oil production in response to demands from customers. Alongside this, the Saudi Energy Minister stated that the market is well supplied, and that demand is expected to rise from October. Consequently, OPEC snubbed President Trumps demand for OPEC to bring down oil prices. 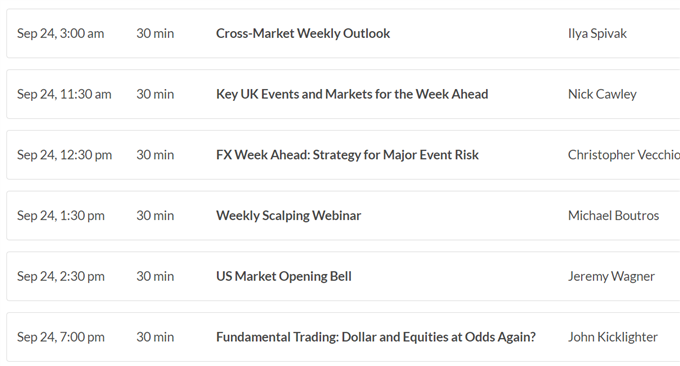