EUR/USD extends the advance following the dismal U.S. Non-Farm Payrolls (NFP) report as the European Central Bank (ECB) announces that the quantitative easing (QE) program has helped the Governing Council to‘fulfil its price stability mandate,’ and the exchange rate now stands at risk of testing the monthly-high (1.1409) ahead of the Federal Reserve meeting as it attempts to break out of a narrow range.

EUR/USD initiates a fresh series of higher highs & low as the ECB’s updated Economic Bulletin states that the asset purchase programme (APP) ‘has proved to be an adaptable and effective monetary policy instrument, helping the ECB to carry out its mandate.’ 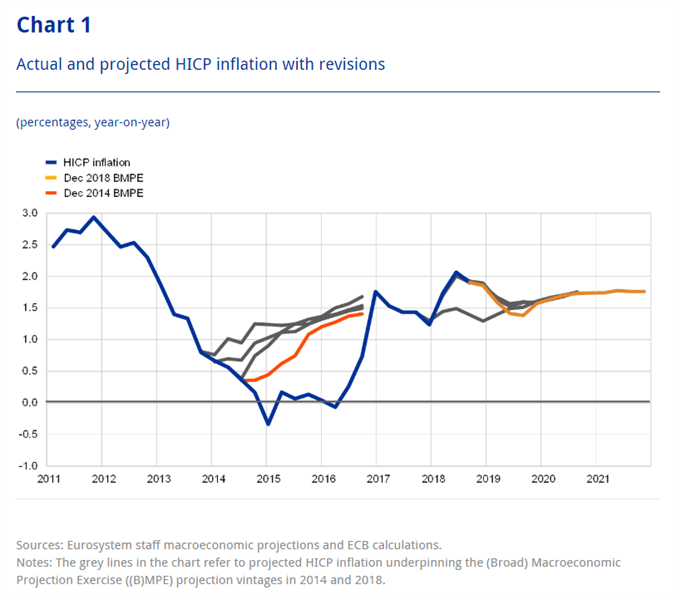 The recent remarks indicate that the QE program has largely served its purpose despite signs of a slowing euro-area economy, and the ECB may resist calls to restore the APP as the central bank asserts that ‘underlying inflation is expected to increase over the medium term, supported by our monetary policy measures, the ongoing economic expansion and rising wage growth.’

In turn, the ECB appears to be on track to wait-and-see approach at the next meeting on April 10 as the central bank reiterate that euro-area interest rates will ‘remain at their present levels at least through the end of 2019,’ and it remains to be seen if the central bank will further utilize its non-standard measures as Governing Council plans to implement another round of Targeted Long-Term Refinance Operations (TLTRO) starting in September. 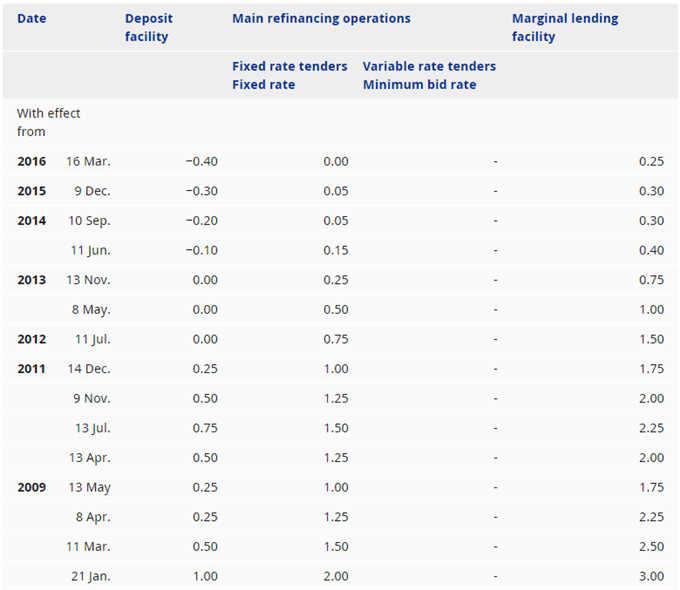 The forward-guidance suggests the ECB will gradually move away from its easing-cycle as TLRO-III program will ‘help to preserve favourable bank lending conditions and the smooth transmission of monetary policy,’ and the Federal Open Market Committee (FOMC) interest rate decision may largely influence EUR/USD over the coming days as President Mario Draghi & Co. appear to be taming bets for additional asset-purchases.

With that said, developments coming out of the U.S. economy may influence the near-term outlook for euro-dollar as the FOMC is slated to deliver the updated Summary of Economic Projections (SEP), and a material adjustment in the interest rate dot-plot may keep EUR/USD afloat if Fed officials show a greater willingness to abandon the hiking-cycle. 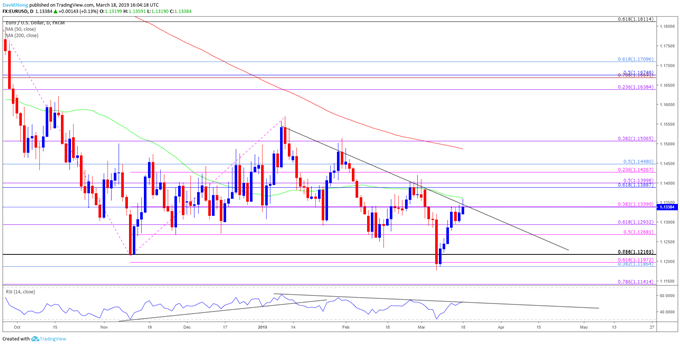 Sign up and join DailyFX Currency Analyst David Song LIVE for an opportunity to discuss potential trade setups ahead of the ECB meeting.

For more in-depth analysis, check out the 1Q 2019 Forecast for EUR/USD