The Euro opened this week’s trading session gapping lower against its US counterpart, responding to the Turkish Lira’s sharp downturn last week. The European Central Bank announced on Friday that it was concerned about the Lira’s exposure to European banks, fearing that financial contagion may spread to major lenders such as Unicredit, BBVA, and BNP Paribas. The currency pair closed on Friday at 1.1411 and opened today at 1.1373. 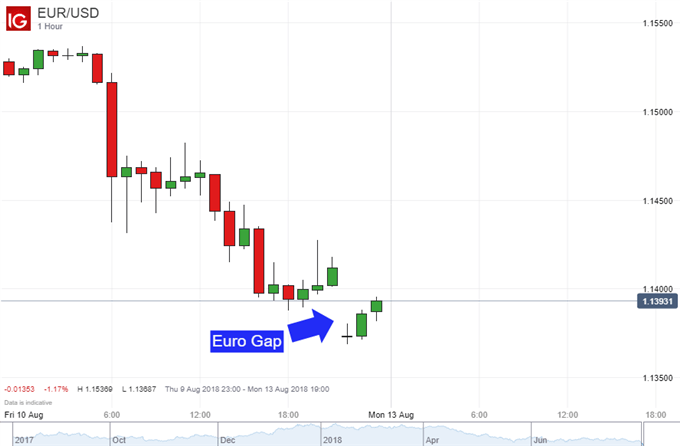 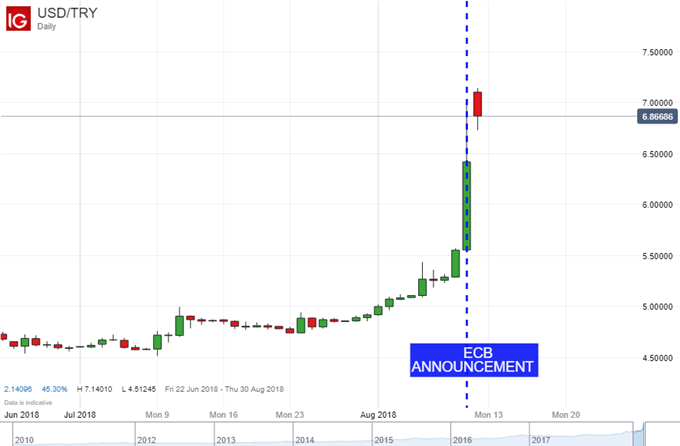 Similar to EUR/USD, global stocks also succumbed to losses as risk sentiment declined. The Euro Stoxx 50 ended Friday’s trading session at 3430.49, its lowest close since July 12th. The S&P 500 also gapped lower and the Nikkei 225 is set to open the Asia Pacific trading session -1.33% down. In the wake of souring market mood, the US Dollar rallied, as it is often looked to as a safe haven currency due to its highly liquid nature and status as the world’s reserve asset. However, the greenback’s ascent only further accelerated the Euro’s downside momentum.

The unit may reverse its previous falls in the wake of upcoming news and banking regulations imposed by Turkish authorities. Turkish bank regulator BDDK imposed limits on swap transactions, helping the Lira pare some of its losses from its record low and possibly offering relief for European financial institutions. Looking ahead, the Euro faces the release of preliminary 2Q Euro-Zone GDP later this week which is forecasted to hold steady at 2.1%.