A report this morning from the FT stated that in light of the fall in the Turkish Lira, the Eurozone’s Chief Financial Watchdog has grown concerned over the how exposed several European banks are. Consequently, European bourses have been dragged lower by banking names today with the STOXX Europe bank index posting losses of 2.9%.

Among the most exposed banks to Turkey, BBVA tops the list, shares are lower by over 5.5% amid todays near 20% plunge in the Turkish Lira as the bank derives a third of their pre-tax profits from the country. UniCredit shares have dropped as much as 6%, briefly hitting limit down given their hefty exposure to Turkey, the lender recently stated that it would absorb the FX impact with its own reserves when asked whether they would write down the EUR 2.5bln investment in Turkey’s Yapi Kredi bank. 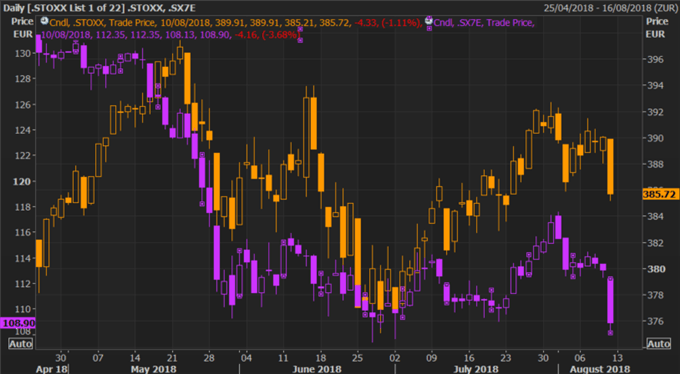