For a more in-depth analysis on EUR, check out the Q4 Forecast for EUR

“Vigorous” pickup in Core Inflation yet to be seen

Given yesterday’s drop in German inflation, risks had been tilted to the downside for today’s Eurozone inflation figures, which confirmed as much. The headline figure fell 0.2ppts to 2%, while the core reading fell below expectations to 1.0%. Expectations of a “vigorous” pick up in core inflation voiced by ECB President Draghi back in September is still yet to be seen and given the sizeable drop in oil prices over the past 2-months, the inflation outlook has deteriorated. Elsewhere, the unemployment rate stood at 8.1%, expectations had been for a drop to 8%. 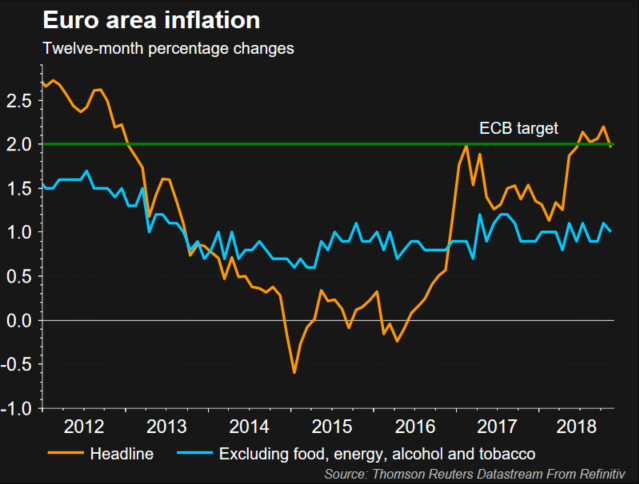 Despite core inflation remaining subdued, the ECB will be undeterred from bringing an end to its bond buying program at the end of the year. However, this will keep the ECB hawks quiet on the rate hike front. That said, money markets have priced out a 10bps rate hike next year with markets seeing a 60% chance that the ECB will lift off in December 2019.

Month-end demand for Dollars has placed the Euro on the backfoot, coupled with the disappointing inflation readings. Alongside this, today marks another Federal Reserve balance sheet unwind, which typically provides support to the USD. 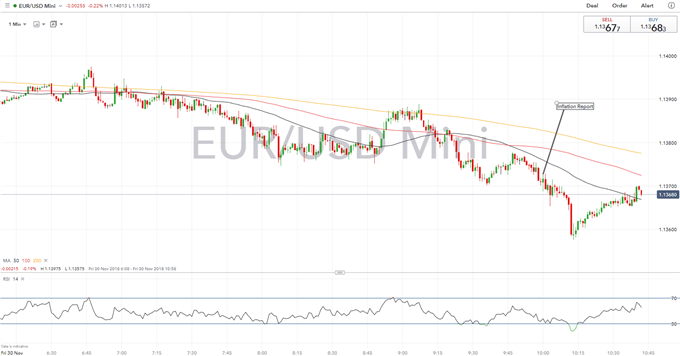