HomenewsMarket OverviewFed Pivots From Hawkish To Dovish; Signals Patience Is The New Watchword

Fed Pivots From Hawkish To Dovish; Signals Patience Is The New Watchword

No sooner did the word “patient” flash across screens when the U.S. Federal Reserve released its yesterday afternoon, than the catapulted 100 points. 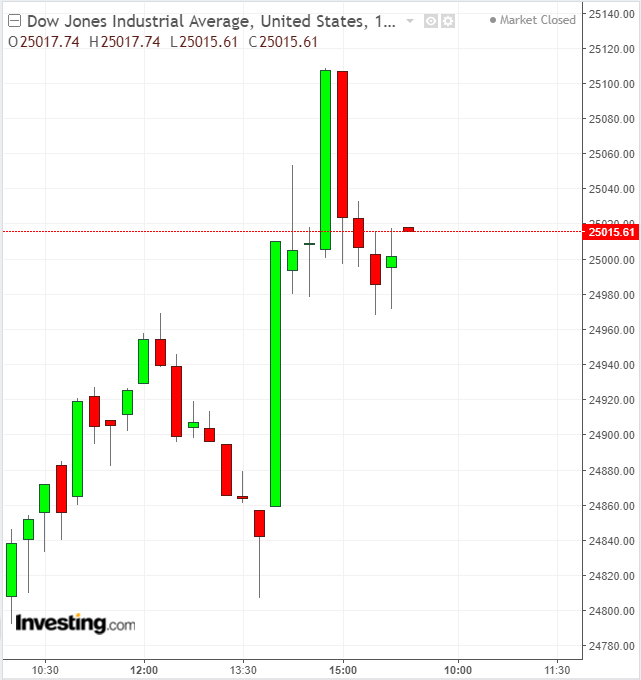 Gone from the Federal Open Market Committee’s (FOMC) release were the “balanced risks” of the December consensus statement. As well, expectations of “some further gradual increases in the target range,” were no longer mentioned. In their place was the “committee will be patient” regarding the need for any further adjustments.

Fed Chair Jerome Powell came out for his first post-FOMC press conference without an interest rate hike in more than a year and drilled the message home. Economic cross-currents suggest “patiently awaiting greater clarity” is the best stance. The cumulative effect of economic and financial developments over the past several months “warrant a patient, wait-and-see approach.” The statement’s “muted inflation pressures” mean the committee “will be patient.” Lower prices and receding financial imbalances make “being patient” the best support for the economy right now.

As Powell fielded questions, it was almost as if he had a note in front of him reminding him to insert the word “patient” in his answers because it was a drumbeat throughout the press conference. FOMC members had been telegraphing the new patient stance in their public appearances in the new year, and the of the December meeting, released in January, actually had the phrasing that “muted inflation pressures” gave the panel some leeway “to be patient.”

The icing on the cake was a special statement on “monetary policy implementation and balance sheet normalization.” As Powell made clear in opening the press conference, the policy panel has decided that it needs to keep a larger balance sheet than previously estimated because banks now need more liquidity.

The committee is now evaluating the “appropriate timing” for ending its current quantitative tightening. In other words, it will stop reducing its balance sheet much sooner than originally expected.

Whether the Fed will slow the pace of its current runoff and what kind of mix it will keep in a more or less permanent portfolio are factors that remain to be determined.

Investors decided it doesn’t get any more dovish than this. Along with the rise in the Dow, yields on the Treasuries fell to 2.964% from 2.73% ahead of the announcement. The dollar slipped about 0.17% as measured by the ICE .

The 180-degree reversal from the tone of the December statement and press conference worries some analysts. Their concern: the Fed was overreacting to the market’s reaction then, and was now too dovish after being too hawkish. Most, however, were just glad that the Fed was no longer bound by commitments to raise rates but was back to a wait-and-see stance. They welcomed the Fed’s willingness to pivot as circumstances dictate.

Futures markets now indicate investors expect this year. The dot-plot graph of FOMC members’ projections on interest rates will reappear in seven weeks at the March meeting and show to what extent policymakers’ forecasts tally with that of the market.

Some analysts cautioned that the Fed could pivot again later in the year, back to a tightening stance, if the economy, contrary to current expectations, does remain robust and inflationary pressures surface.

But many think the Fed has already reached the end of a cycle. Powell equivocated about whether the current Fed funds rate of 2.25-2.50 mark the end of the line, saying only it “is within the range” of the natural or neutral interest rate the Fed is seeking to neither stimulate nor dampen growth.