HomenewsMarket OverviewFed Watch: Is An Economic Storm About To Hit?

Fed Watch: Is An Economic Storm About To Hit?

The Federal Open Market Committee is not expected to announce any after its two-day meeting this week, or even to provide any about when it will start tapering its asset purchases as a prelude to raising rates.

Economists expect the Fed policymakers to amp up their view of economic growth, while reassuring investors, as they have in the past few months, that they will not let up on monetary stimulus until there is a lot more improvement in employment, including fixes in structural employment. , they keep saying, is not a problem.

Larry Lindsey, who was director of the National Economic Council under President George W. Bush and a Fed governor in the 1990s, thinks the Fed is underestimating the risk of inflation. Demand is being fueled by massive government spending, which is not likely to abate next year ahead of the midterm election, while supply is increasingly constrained by shortages.

Moreover, in his view, these shortages include skilled labor. Fed officials may want to improve the equity in employment, but they cannot give unskilled workers the training they need to provide what companies need. This means firms will have to offer higher wages to hire the workers they want and the Fed’s ambition for maximum employment across the board may be frustrated by inflation. 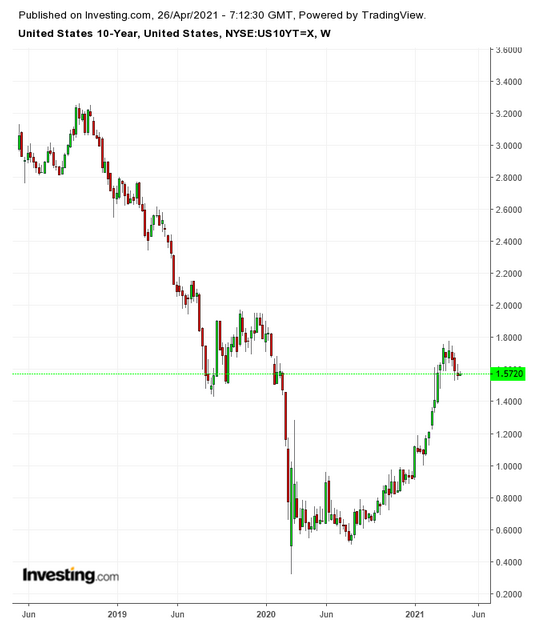 Lindsey, who got his doctorate in economics from Harvard University, thinks the yield on the Treasury note—a measure of investor fears on inflation—will hit at least 3% by the end of the year, about double what it is now.

You won’t hear any of that from Fed Chairman Jerome Powell when he talks to journalists on Wednesday. He will talk about the benefits of fiscal stimulus, the presence of downside risks, the need for maximum employment, and the Fed’s commitment to stay the course even if there is an uptick in inflation.

The last week decided to reduce its weekly bond purchases by C$1 billion to C$3 billion and hinted that the economy might need an interest-rate hike by the second half of next year. Some analysts considered the move by Canada’s central bank to be an outlier, but others think it might be a preview of what all big central banks will be forced to do.

The Bank of Canada has a simple mandate to limit to 2%, but the central bank is now forecasting a 2.4% rate of price increases by the fourth quarter of 2023.

The European Central Bank, on the other hand, boosted its bond purchases in March to €74 billion, up from €60 billion and €53 billion in the first two months of the year. ECB President Christine Lagarde said the Eurozone’s central bank will keep up the faster rate of purchases to support the lagging European economy. It has earmarked €1.85 trillion for asset purchases through March of next year.

The U.S. will announce a preliminary estimate for first-quarter growth on Thursday with the consensus forecast at 6.5% after 4.3% in the previous quarter. But economists at ING say the annualized growth rate could top 7%, and be in double digits in this year’s remaining quarters. They also see inflation nearing 4% in May.

If they are anywhere near right, this kind of data could force the Fed to think harder about tapering its asset purchases and moving forward its forecast for rate hikes. And the Fed has learned the hard way that it needs to communicate its intentions to investors well ahead of time. With the next FOMC meeting set for mid-June, this week’s monetary policy meeting may be the last tame one for a while.