Federal Reserve Chair Jerome Powell is not an economist and his plain-speaking policy steers him away from “on the one hand-on the other hand” dichotomies, but his recent messaging has been decidedly mixed.

Last week, he provided a reality check for markets by saying recovery will probably be gradual and could last through next year. plummetted immediately afterward. 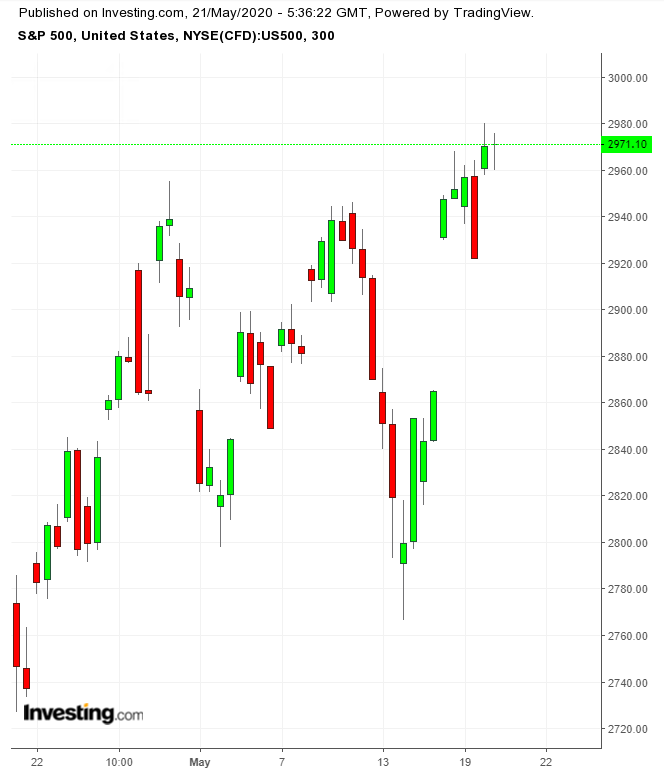 Then on Sunday, on CBS’s “60 Minutes,” he turned into a cheerleader, saying no one should bet against the American economy. “We’ll get through this,” he said. Markets liked that version of Powell’s messaging a lot better.

In congressional testimony Tuesday, he appeared at times to differ with Treasury Secretary Steven Mnuchin, who wanted to reopen quickly to avoid permanent damage to the economy even as Powell cautioned that people must feel safe before returning to work. But this was after he warned on CBS that job skills should not be allowed to atrophy for too long—essentially agreeing with Mnuchin.

Minutes of late April’s Federal Open Market Committee meeting published Wednesday show that Powell was taking his cue from that discussion. The bottom line is that policymakers have no idea what will happen in the unprecedented economic crisis brought on by the coronavirus pandemic and efforts to mitigate its impact.

Staff economists presented a fairly optimistic baseline scenario at the April meeting, seeing a recovery beginning in the second half, though not completed by year-end. But they also came up with a more pessimistic scenario, including a second wave of infection later this year, leading to further declines in and even higher next year.

“In light of the significant uncertainty and downside risks associated with the evolution of the coronavirus outbreak, how much the economy would weaken, and how long it would take to recover,” the minutes proceed in their bleak fashion, “the staff judged that a more pessimistic projection was no less plausible than the baseline forecast.”

In the rough-and-tumble world of partisan politics, the debate over the impact of COVID-19 divides red and blue factions in Washington and among the states. The reds want to reopen, get people back to work, and count on the infection subsiding or herd immunity setting in, as long as the danger of overwhelming healthcare facilities has passed. The blues want to proceed more cautiously, gradually lifting lockdown restrictions, keeping masks on and maintaining social distancing.

In this environment, Powell’s hints that more government spending will probably be necessary are not getting a lot of traction. Democrats, barely, passed a $3 trillion recovery package in the House, while Republicans want to wait and see how things go before appropriating more stimulus funds.

The administration still clings to the notion of a V-shaped recession, a steep decline followed by a rapid upturn, while others are looking for a “swoop,” a sharp fall followed by a more gradual recovery.

Official remarks on both sides, like the FOMC minutes themselves, leave a muddled picture for investors. In the markets’ roller-coaster ride, Tuesday’s comments from Mnuchin and Powell, let alone the three-week-old FOMC minutes, are lost in the frenzy of vaccine hopes and gathering momentum for reopening, not to mention positive earnings reports.

For its part, as the minutes affirm, the Fed will stick to its zero-bound interest rates and bond purchases as long as needed. Policymakers felt it was not the time in April to provide as to how much or how long these policies will last, and debated whether eventual guidance should specify a date or stick to a level of economic performance.

is the last thing FOMC members are worried about. “The overall effect of the outbreak on prices was seen as disinflationary,” the minutes report.

“In addition, a and lower prices were factors likely to put downward pressure on inflation, and market-based measures of inflation compensation remained very low.”

Getting inflation back up to the target rate of 2 percent has receded even further, though participants were hopeful that all this accommodation would help over the long run. Negative rates continue to be anathema at the US central bank.