See our Q4 GBP forecast to learn what will drive the currency through the quarter.

The Pound is notably firm this morning on hopes that a Brexit deal is in the pipeline. This follows EU source reports that the European Union’s Brexit negotiator told national diplomats that a divorce deal with the UK was “very close”. As always with GBP, given that headline risk for the currency remains elevated, eyes will be on any official confirmation from either side. In the meantime, this is likely to fuel optimism ahead of the crucial EU summit in 2-weeks that a deal could potentially be on the way and thus keep the Pound bid with speculative shorts feeling the squeeze (GBP shorts highest since May 2017). 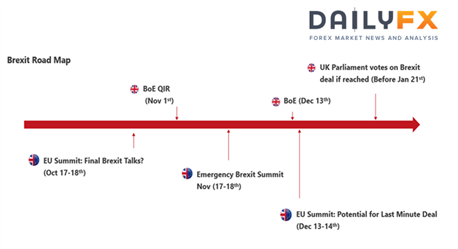 2 weeks is a long time in the political world and as such, more twists and turns are still to be had in GBP which will likely keep volatility high in major GBP pairs. Recently, EU’s Donald Tusk stated that the October EU summit will be a moment of truth in Brexit negotiations whereby an agreement would likely see the Pound surge as hopes a smooth departure from the EU increases.

GBPAUD: The pair continues to track higher, failing to make a breach above 1.8500 however. Another test could see the 2018 high situated at 1.8510 come into focus. Elsewhere, the pair have recently formed a golden cross (50DMA rises above 200DMA) increasing the bullish outlook. 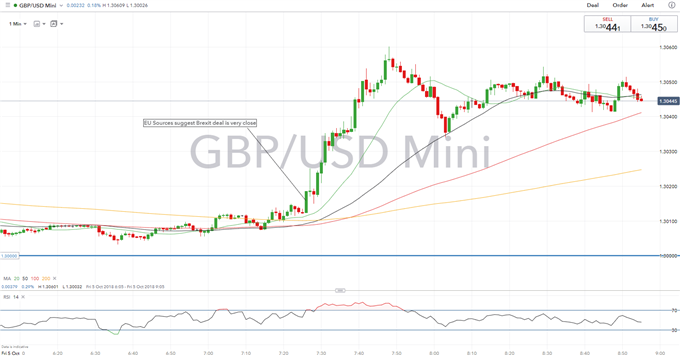