Brexit continues to drive huge volatility in the pound

Sterling is coming under heavy pressure on the back of reports that Theresa May has rejected an improved offer from the EU on the Irish border.

While this is only a minor setback in what is likely to be lengthy negotiations towards a solution that suits both sides, the pound has become extremely sensitive to any Brexit-related developments and this is quite clearly an important one. These flash headlines are likely to continue to have a significant impact on the currency over the coming months as traders fret about the prospects of a cliff-edge no deal Brexit and the potential chaos that could ensue. 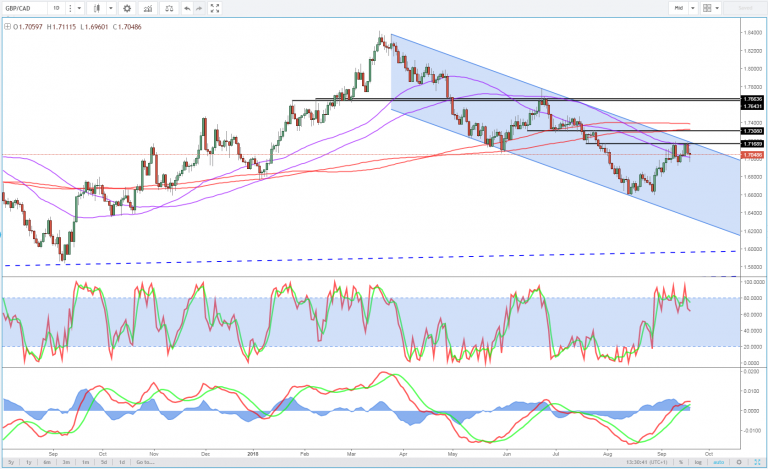 A lot of pessimism around the deal has been priced in and while there have been some signs of positivity of late, this is a perfect reminder that big divisions still exist and it could be a very bumpy ride for the pound into year end.

It’s worth noting that these headlines are prone to being either rejected or clarified in such a way that the initial knee-jerk reaction is largely reversed. That said, there does appear to be some truth to reports on this occasion after a government source claimed they welcome the EU’s commitment but they cannot accept a deal that means Northern Ireland being separated from the rest of the UK. It would appear the offer on the table was not too different than the previous proposal that kept NI aligned with the EU as a backstop, but not the whole of the UK.

This was followed shortly after by a suggestion from Treasury Minister Mel Stride that a second referendum could happen if the Commons rejects May’s Chequers proposal which temporarily lifted the pound. Another immediate reminder of the kind of volatility we must become accustomed to.

From a technical standpoint, this morning’s developments have seen us pull further away from the highs in the pair just shy of 1.72, which has proven a strong resistance point on a couple of occasions recently. This double top that may be created as a result makes 1.6920 a very interesting level to the downside, a break of which could trigger another dip lower. This is the neckline of a potential double top, formed since the start of the month and gives a possible price projection of around 1.6660, a textbook projection based on the size of the double top.