The recent rebound in the price of gold continues to unravel, with bullion at risk for a further losses as it carves a fresh series of lower highs & lows.

The precious metal continue to fall back from the monthly-high ($1266) after stalling at a near-term pivot, with the July-low ($1238) now on the radar as the bearish momentum appears to be gathering pace.

Keep in mind , the monthly opening range suggests a near-term top is in place following the string of failed attempts to close above the $1260 (23.6% expansion) hurdle, and the recent rise in volatility appears to be accompanied by a pickup in long interest as retail sentiment continues to sit at an extreme. 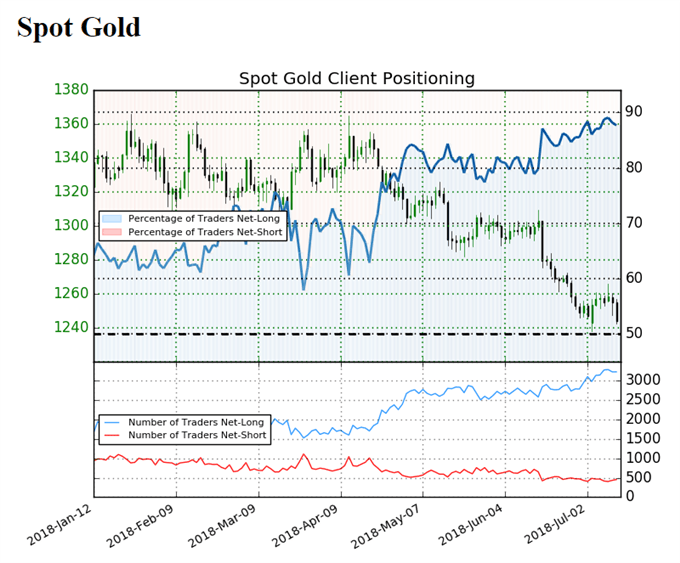 The update continues to reinforce a bearish outlook for gold as retail sentiment remains heavily skewed, and the precious metal may stage a more meaningful run at the December-low ($1236) as the Relative Strength Index (RSI) flirts with oversold territory, with a break below 30 likely to be accompanied by a further decline in the price of gold. 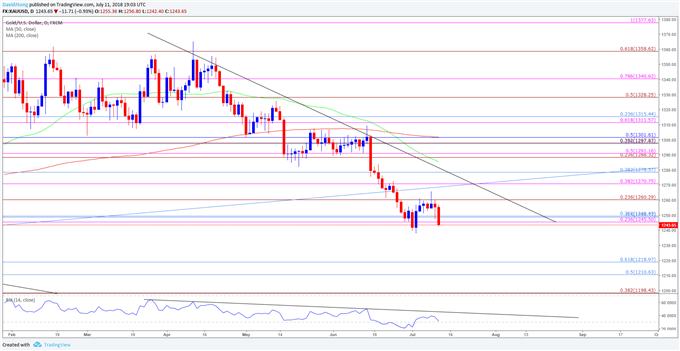 For more in-depth analysis, check out the Q3 Forecast for Gold