How Much Further Will NZD And GBP Fall?

The traded higher against all of the major currencies Thursday despite softer-than-expected inflation data. Economists were looking for price pressures to grow at a slower pace in July but instead, stagnated due to lower food and energy costs. , producer prices rose 0.1%. This is anemic but it is in no surprise because the U.S. dollar hit multi-month highs last month and its strength pushed inflation lower. also fell in July, leading to a drop in energy costs. were better than expected but the improvement was overshadowed by PPI. Nonetheless, the sell-off in was nominal. The initial move was only 10 pips with the pair dropping another 10-20 pips during the NY session before stabilizing. The rally in the greenback against other major currencies like the and also took a while to occur. The is due for release on Friday and it should have a much more significant impact on the dollar. Unfortunately, given the weakness of PPI, CPI growth could miss, especially with gas prices declining in July. If inflation on the consumer level falls short of expectations, USD/JPY could break 110.70 and hit a fresh 1-month low. EUR/USD tested and rejected 1.16 on Thursday. The move was driven primarily by U.S. dollar strength but the ECB’s concerns about intensifying global risks did not help the currency. The sell-off occurred shortly after an 823 million 1.16 option expired. 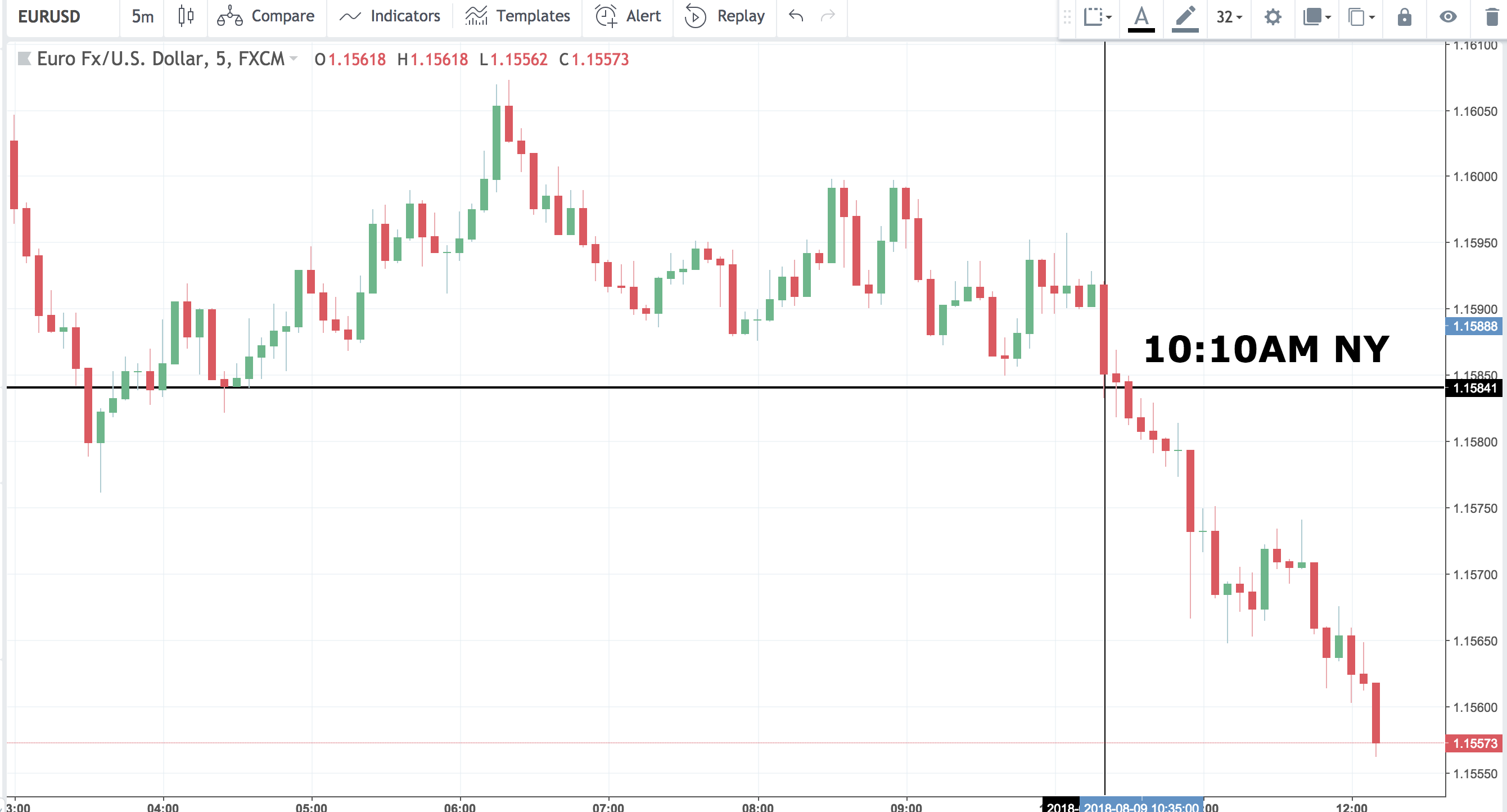 Aside from the , and the will also be in play Friday. Starting with the pound, it has been 8 days since we’ve seen a rally in GBP/USD. Sterling has been the weakest currency this quarter and now that it has broken below the 100-week SMA, there’s scope for a move to at least 1.2775 and possibly even 1.26. However given how much GBP has fallen, there could be a furious short squeeze on any hint of good news. So far the market is not buying the talk of more amenable Brexit terms from the EU but if Friday’s beat expectations, it could be the perfect catalyst for a relief rally. There’s a good chance that the data could be strong because consumer spending and trade activity improved between April and June. Aside from GDP, and the are also scheduled for release but they could be softer as weakened in July.

Having tested both the upper and lower bounds of its recent trading range this past week, is clearly waiting for a catalyst to break out, which could be Friday’s Canadian . The sharp decline in on Wednesday and Thursday’s drop in Canadian bond yields leaves USD/CAD with a positive bias ahead of the data. We believe the labor-market report will surprise to the downside leading to a further rally in USD/CAD. According to , employment growth slowed in each of the last 2 months. The data in June failed to reflect this trend (having beat expectations), so there’s a very good chance that we’ll see the correlation resume with job growth slowing to catch up to the weakness in IVEY PMI this month. If we’re right, USD/CAD should break above 1.31.

The big story overnight was the , which fell to its lowest level in 2.5 years against the greenback on the Reserve Bank’s . The RBNZ left interest rates unchanged but it pushed out its forecast for a rate hike by a year to the third quarter of 2020 from the third quarter of 2019. This is a significant change that reflects RBNZ’s concern that the moderation in growth could last longer. While the tone of Governor ’s was relatively neutral, action speaks a lot louder than words. NZD sold off aggressively because this rate outlook contrasts with the tightening cycles of the Fed, BoE and soon the BoC. The next support level for NZD/USD is 65 cents. The decline in suggests that Thursday night’s report won’t help the currency. Although also sold off on Thursday, rose to its strongest level in 9 months. The RBA is not considering a and positive comments from Governor helped AUD outperform NZD. Lowe is confident that inflation will get back to 2.5%, believes the most likely scenario is for the economy to continue on its current track and if the outlook stays favorable, the next rate move will be up. The are due Thursday evening and we expect the report to reflect his optimism.