Public health officials may have their worries about the risks still posed by the coronavirus pandemic, but bond investors are coming out of their lockdown in safe haven bonds—and they’re ready to take more risk for greater reward. Yields on US Treasuries, as well as other haven investments like German government bonds, are surging as investors dump these defensive bonds for riskier securities.

Thursday’s decision by the European Central Bank to add €600 billion to the €750 billion already in its emergency asset purchase program has given investors confidence that yields on Italian bonds and other higher-risk securities will stabilize as the central bank continues to buy them. 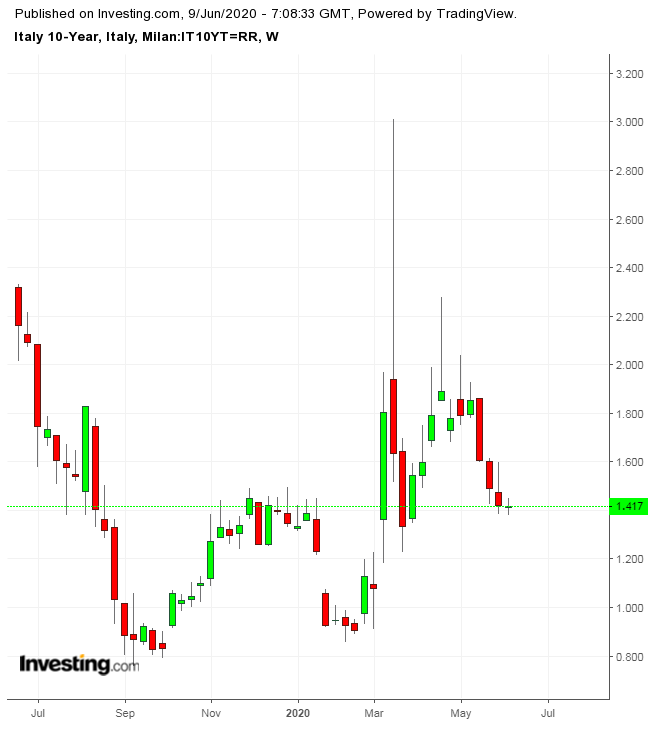 The bond plunged from a yield of about 1.6 percent ahead of the announcement to 1.4 percent, before moving back up to about 1.45 percent on Monday.

The much-better-than-expected US on Friday, showing the economy gaining 2.5 million jobs in May and the declining to 13.3 percent instead of worsening in the direction of 20 percent, started a stampede out of Treasurys. 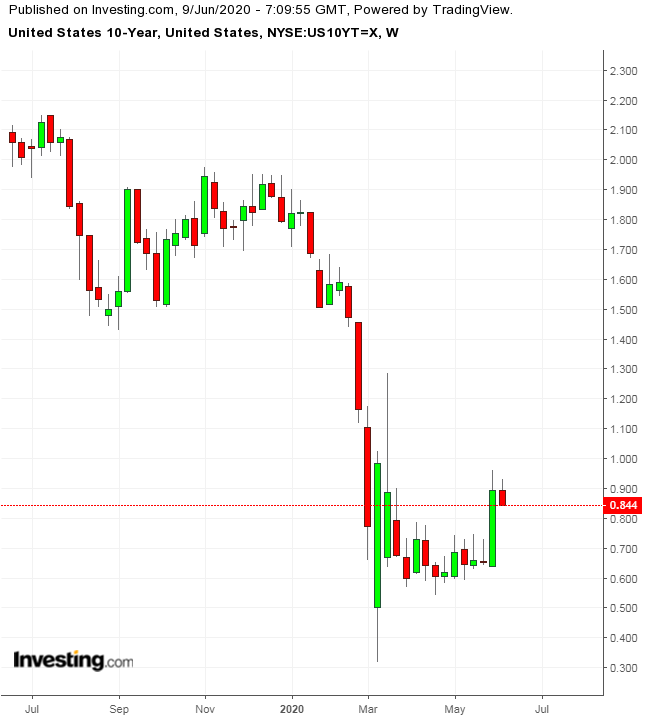 Yields on the bond surged 11 basis points to 0.926 percent after the report on Friday, bringing the total for the week to 30 bp. Yields move inversely to prices, so the increasing yield indicated lower prices as investors sold the super-safe bonds for higher-yielding securities.

The yield on Treasurys also shot up 10 bp on Friday, to 1.723 percent as the yield curve remains steep. Treasury yields were mostly flat on Monday ahead of the Federal Reserve on Tuesday and Wednesday. 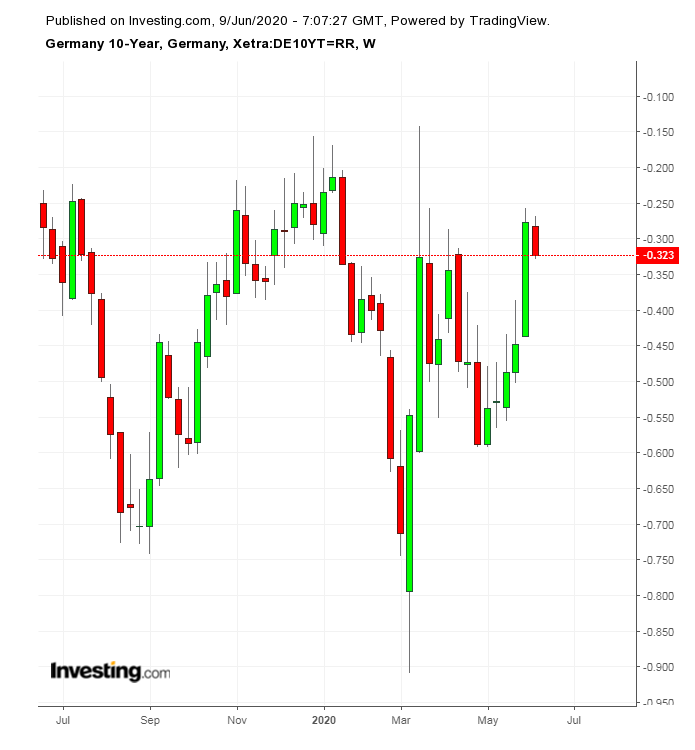 In the meantime, the German government bond, the bund, surged on the ECB news, closing at a negative -0.27 percent, after increasing all week from negative -0.393 on June 1. This brought the with 10-year Italian government bond crashing down from above 190 bp to about 172 bp. 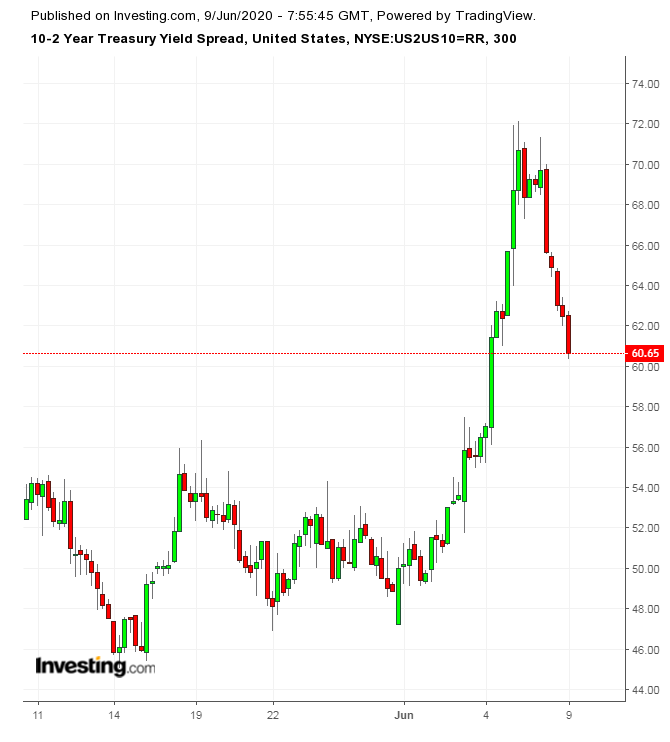 Meanwhile, the yield between the and 10-year Treasuries steepened by 10 bp to about 72 bp on Friday, its highest in two years, after gaining 25 bp over the week in another sign that investors are feeling confident that a robust recovery is imminent. Talk of a V-shaped recession—a sharp decline followed by a sharp recovery—is coming to the fore again.

The increasing spread has led some to speculate that the Fed will embark on some yield curve management to relieve pressure on the longer-term yields, as its commitment to low interest rates keeps yields on the two-year notes low. Others are skeptical that the Fed will become that interventionist, at least not at this week’s meeting.

In any case, the 2yr/10yr spread eased to about 65 bp on Monday. The spread between the 10-year and the 30-year bond has also steepened this month, reaching about 90 bp on Friday, compared to about 65 bp at the end of May.

It’s a far cry from the inverted yield curve of last year—when longer term yields are lower—which is usually a harbinger of recession. In the meantime, of course, the recession has arrived, with far greater severity than anybody imagined. It is now, inversely, a steepening curve that means investors are hopeful of a strong recovery.