HomenewsAnalysisIs It Too Soon To Get Excited About Bank Stocks?

Is It Too Soon To Get Excited About Bank Stocks?

Investors are beginning to warm up to U.S. bank stocks, after shunning financial institution shares this year, on concerns one of the worst recessions in U.S. history will crush profitability and result in rising loan losses. Near-zero interest rates for the foreseeable future are equally distressing.

But, after remaining depressed during the pandemic-driven economic downturn, the stocks of the largest banks are gaining momentum on hopes the worst is now over for these lenders.

The has jumped more than 12% in the past five trading days. 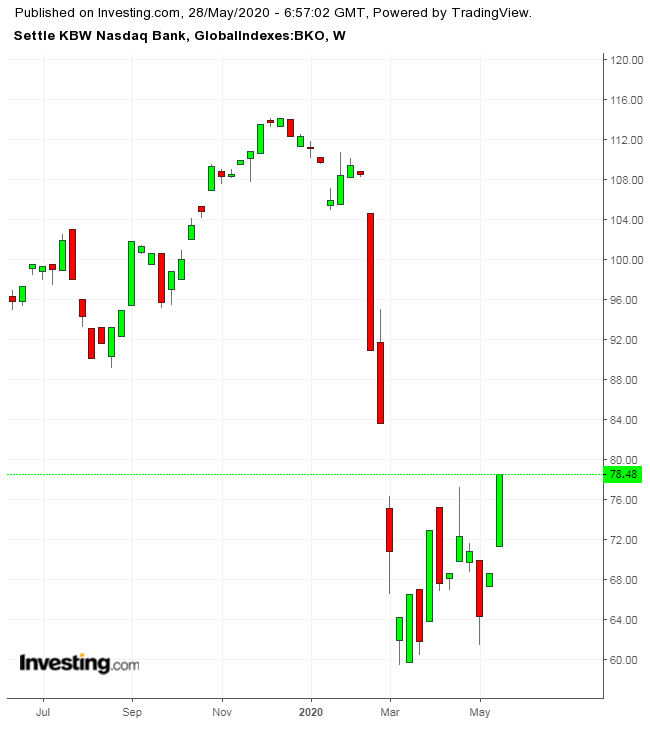 With these gains, the index is still down 31% this year. However, it’s much higher than its March 23 low when it had plunged about 50%. 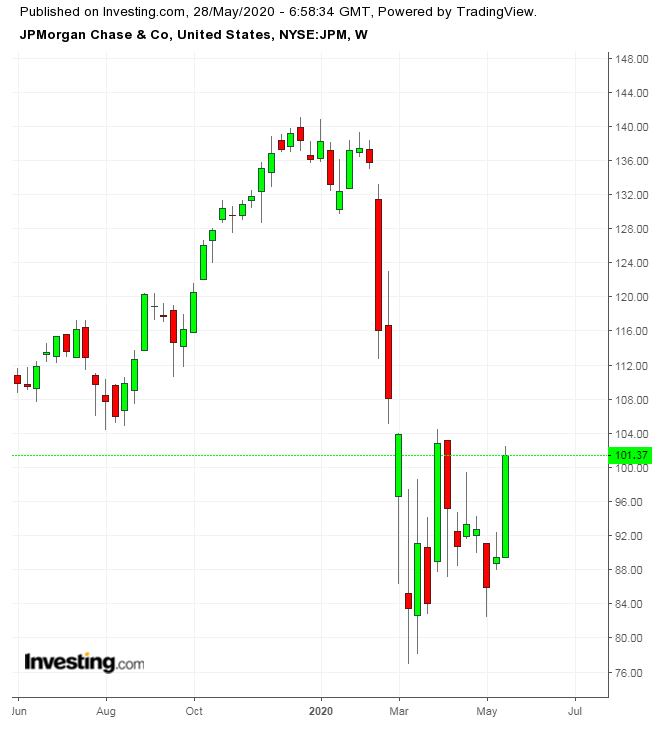 JPMorgan Chase & Co. (NYSE:), for example, saw its profit tumble 69% as the company set aside $8.29 billion for bad loans—the biggest provision in at least a decade—to grapple with the effects of the coronavirus pandemic on the economy. Wells Fargo’s (NYSE:) earnings per share to just 1 cent and it set aside more money for credit losses.

Other reasons that made investors wary of U.S. banks include the possibility of low interest rates over a longer period of time as the Fed takes the corona-hit economy out of a recession. But as the U.S. and other countries are beginning to open their economies, some investors are betting that the worst is past, making now a good time to snap up beaten down bank stocks which have become quite cheap relative to other sectors.

One big fear that weighed heavily on bank stocks during this downturn was about their ability to continue paying dividends when the economy is in such a dire state. The Federal Reserve faced severe criticism after the 2008 financial crisis for not stopping banks from paying dividends to their shareholders despite the fact that some of those institutions later collapsed.

Policymakers haven’t yet stopped banks from paying dividends in this latest crisis, but big banks have voluntarily suspended stock buybacks for the time being. This signals that slashing their dividends would be an effort of last resort, since doing so could indicate to investors that the firm is in bad financial shape.

“I don’t think that’s something that needs to be done at this point,” said Fed Chair Jerome Powell said during a Brookings Institution webcast on April 9. “We’ll be watching to see how things evolve, but I don’t think that step is appropriate at this time.”

Another factor helping soothe investor fears this time is that banks have more capital to get them through tough times than they did before the 2008 financial crisis, thanks to post-crisis regulatory changes.

JPMorgan Chief Executive Officer Jamie Dimon expressed confidence in mid-April, when the outlook was even more uncertain than today, that the biggest U.S. bank can handle “really adverse consequences.”

With the risk of dividend cuts out of the way for the time being and the economy showing signs of revival, banks have become a legitimate target for value investors.

Despite the recent optimism, investors should note that earnings growth for these lenders will not return so soon. They are likely to face a couple of very ugly quarters on the backdrop of widespread and shuttered small Main Street businesses.

That said, long-term investors could cherry pick some solid banking stocks. For such investors, we like JPM and Citigroup (NYSE:) due to their diversified portfolios and stronger balance sheets.