Geopolitical tensions are heightened between the United States, the European Union and China after Italy joined China’s Belt and Road initiative last week. During a visit from Chinese President Xi Jinping, the two countries inked 29 deals equal to $2.8 billion. The agreement draws Italy into China’s sphere – to the chagrin of the United States and Europe – and increases economic ties between the two countries. Consequently, Italy is the first European Union and G7 member to join the initiative.

The decision may also complicate the delicate trade discussions between the United States and China, along with discussions between the US and EU. The threat of auto tariffs remains, and closer Italy-China ties are unlikely to assist the European case to avoid a trade war. In response to the deals Former Italian Prime Minister Paolo Gentiloni said, “Europe is showing its divisions toward China, and this is not something that will strengthen our position even on trade.”

See how IG clients are positioned on various currencies and assets with IG Client Sentiment Data.

He went on to say the deals were largely symbolic and the immediate impact on the Italian economy would likely be minor. ““We will not change the mood of our economy with these agreements, and my guess is that perhaps we will not even change the balance of trade between Italy and China, which is unfortunately a balance of deficit on the Italian side” Mr. Gentiloni said. 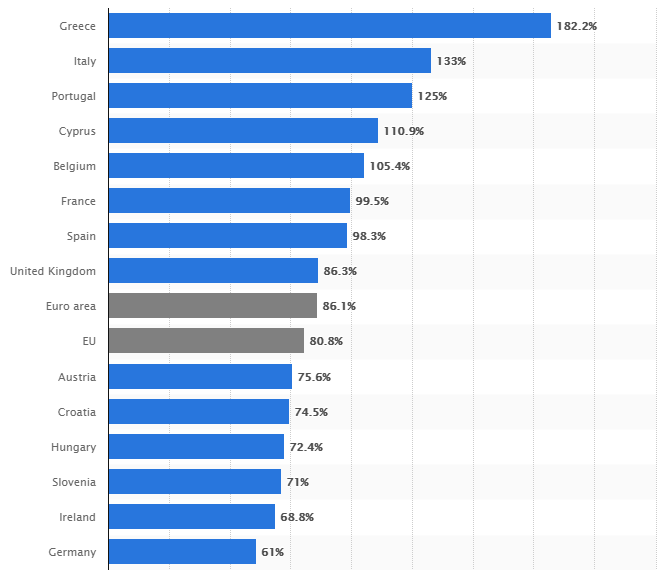 Critics were also concerned Italy may become dependent on Chinese demand for its government bonds. Italy’s Di Maio – leader of the Five Star Movement and minister of economic development – asserted the agreements were only to benefit Italian workers and increase exports to the Asian nation. “We are not looking to ask China for help with our government bonds,” he added. “Instead, we are looking to advance our own agenda and create more jobs in Italy by increasing our exports to China.” 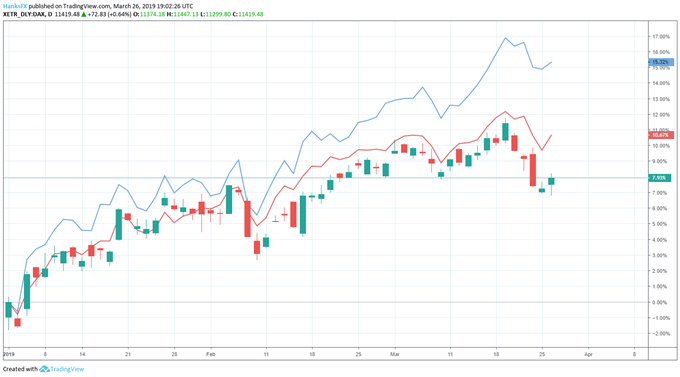 The immediate impact on the FTSE MIB appears minimal. That said, the Italian index leads an aggregated G7 index in the year to date – which could suggest an Italy-China deal was anticipated and priced in the days prior to the agreement. US and Italian officials will have an opportunity to discuss the deal in length this week when Italy’s Di Maio visits the White House.