See our Yen forecast to learn what will drive prices in the third quarter!

The Japanese Yen did not have any significant price volatility against its US counterpart as local Retail Trade data showed sales rose 1.8 percent year-on-year in June, softly exceeding the 1.7 percent forecast. The market’s response to the new data indicates that other economic factors may play a more significant role in influencing the Yen’s price movement.

The markets are now eyeing the upcomingannouncements by the Bank of Japan (BOJ) that will include their Outlook Report, rate decision, Monetary Policy Statement, and 10–year bond yield target. Additionally, the FOMC is scheduled for a rate decision on August 1st.

The Bank of Japan may signal an upcoming change in policy as commercial bank profitability becomes a concern, and the Fed may dial up hawkish rhetoric in response to jawboning from US President Trump. If that boosts future rate hike bets, it mayput further pressure on the BOJ to reform its policy stance. 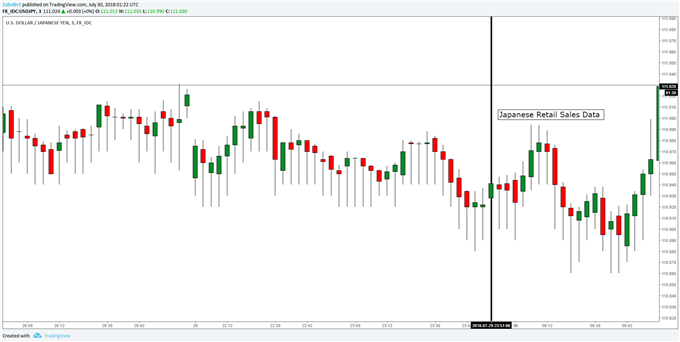