The Japanese Yen started Friday’s trading session only slightly affected by the release of local inflation data, holding steady against its US counterpart as anticipated. June’s national CPI was 0.7%, lower than economists’ forecasts of 0.8% and in line with May’s result. The gauge excluding fresh food matched forecasts, clocking in at 0.8%, a slight uptick from the prior 0.7%. The one further excluding energy was 0.2%, lower than both the 0.4% expected and 0.3%prior. 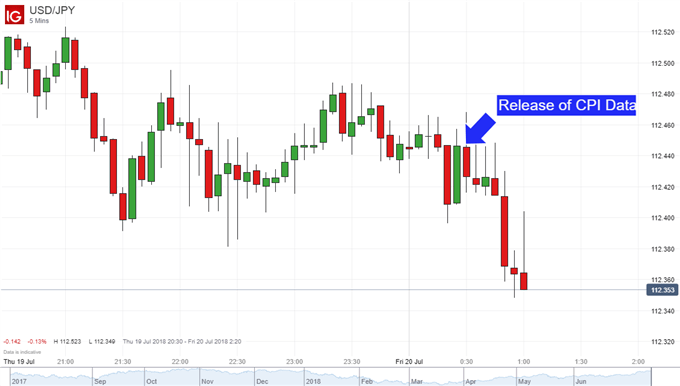 Despite the narrow disappointment, the Yen barely moved as the Bank of Japan is unlikely to see the data as a reason to consider a change in monetary policy. Japanese inflation has been consistently below the central bank’s “sustainable two-percent inflation” target. In addition, the BOJ is currently engaged in a large-scale quantitative and qualitative easing program in order to nudge CPI up.

Rather, the anti-risk currency seemed to be more interested in market risk trends. The Yen gained against all of its major counterparts heading into Friday’s session after US and Asia Pacific equities fell by Thursday’s close. Looking ahead, the Yen could make further gains against the majors, as possible auto import tariffs from the US Department of Commerce and President Trump’s comments on the Federal Reserve’s rate hikes may weigh on risk appetite.