It’s been almost seven weeks since the so-called “historic” OPEC+ production cut deal, and for another meeting on June 9 and 10.

On April 12, OPEC+ members agreed to slash 9.7 million bpd of oil production in May and June. Since then, oil production from most of the group’s largest producers—Saudi Arabia, Kuwait, UAE, Nigeria, Kazakhstan and Russia—has dropped. (Iraq, which committed to cut 1 million of its 4 million bpd production, has only implemented a fraction of what it agreed to).

Oil production from non-OPEC+ producers has also declined, most notably from the United States, where an estimated 2.3 million bpd has come off the market since production peaked at 13.2 million bpd in March.

Nevertheless, after this most recent deal, oil prices sank further. They have only recently started to climb above April levels. In fact, the price of has had a net gain of just about $4 per barrel since April 12. So, despite some of the self-congratulations, that agreement was not wildly successful if raising prices was the goal. The April deal only helped to slow the free-fall that resulted from a failed meeting in March. 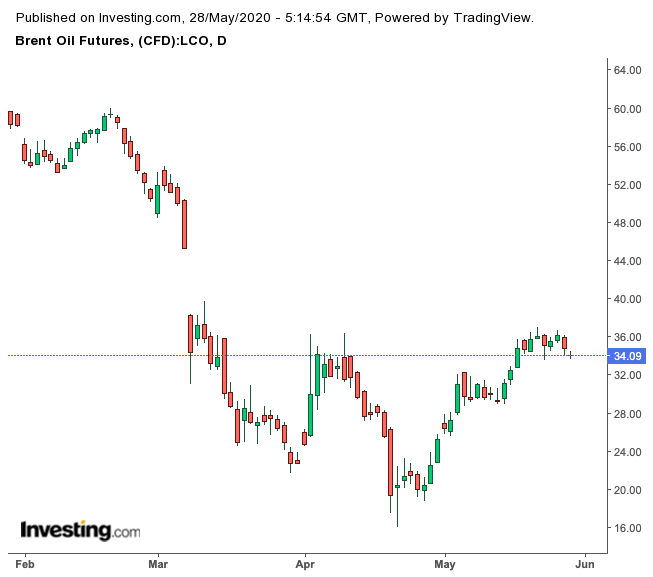 On June 10, OPEC+ will meet virtually to assess progress on the 9.7 million bpd of cuts. (OPEC will hold its regular ministerial meeting the day before on June 9, likely also via web conference). The April 12 agreement included a planned increase—yes, an increase—of production by a collective 2 million bpd starting July 1. However, action taken at the June 10 meeting could supersede this arrangement if the group decides that “further action is needed to balance the market.”

So, the question is whether OPEC+ will proceed with its plan to expand production, extend the current production levels or try to implement further cuts. The status quo calls for a July increase.

(Recall that Saudi Arabia, UAE and Kuwait also committed together to 1.8 million bpd in extra production cuts for the month of June. These June cuts are in addition to the OPEC+-required cuts. However, it remains to be seen if these cuts will be implemented).

The meeting is just under 2 weeks away, but it is already shaping up similarly to the disastrous March meeting. The March gathering resulted in a rift between Russia and Saudi Arabia (and the that wasn’t actually a price war).

Recall that at the end of February, Russia signaled its unwillingness to make deeper cuts at the March OPEC+ meeting, but Saudi Arabia insisted on pushing for more extensive cuts anyway. The meeting broke down, and Saudi Arabia then tried to out-pump Russia—a strategy that caused prices to fall by 30%. 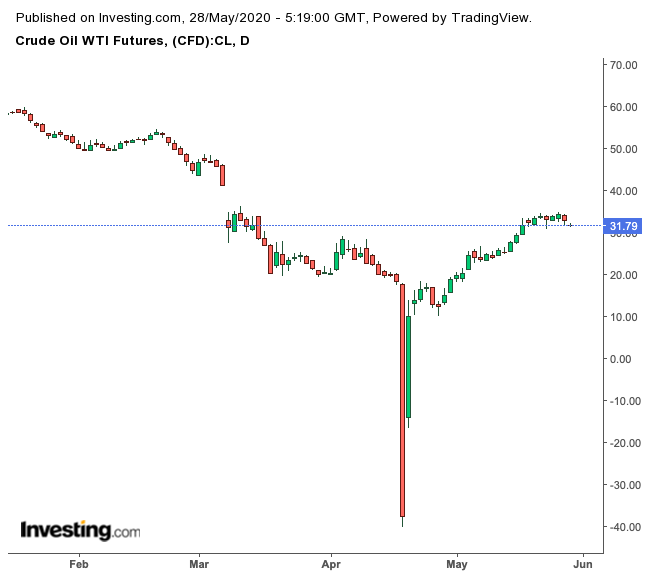 This week, Russia signaled that it supports the plan to increase production starting July 1. Reporting from indicates that Saudi Arabia disagrees and does not support lifting production, but instead wants to extend the current cuts.

Another public spat between Saudi Arabia and Russia would be disastrous for prices. Brent is still $10 shy of its March 5 close and anything but an amiable OPEC+ meeting would likely reverse what small gains have been made since the dispute was resolved on April 12.

However, it seems that Saudi Arabia may be taking pains not to repeat its prior missteps. At the March OPEC+ meeting, Saudi Arabia insisted on putting an additional 1.5 million bpd of cuts on the table even though it knew Russia didn’t even want to extend the cuts already in place.

This call does not mean that Russia and Saudi Arabia are on the same page about oil production, but it does reveal that this time Saudi Arabia is prioritizing Russia’s cooperation with OPEC+. Whereas back in March, Saudi Arabia was willing to gamble that it could maximize its own oil production to increase revenue, it no longer feels confident in such a strategy when the oil markets are nervous. In other words, Saudi Arabia is signaling a willingness to do much more—including shouldering even more production cut burden and losing out on sales to Asia—just to keep OPEC+ intact and the markets happy.