– Traditional risk markets left unmoved but worries persist as US likely to ramp up Russian sanctions.

Risk markets opened marginally higher in Europe Monday, despite the US, UK and France carrying out bombing raids on Syrian chemical weapon facilities late Friday. The US has also promised to impose new sanctions against Russia for supporting the Syrian regime, an action that will increase the already frosty relationship between the two countries. US Treasury Secretary Steve Mnuchin is expected to announce the new sanctions on Monday. European equity markets opened flat to +0.25%, traditional safe haven currencies the Yen and Swiss Franc were little changed while oil edged lower after last week’s bullish surge. 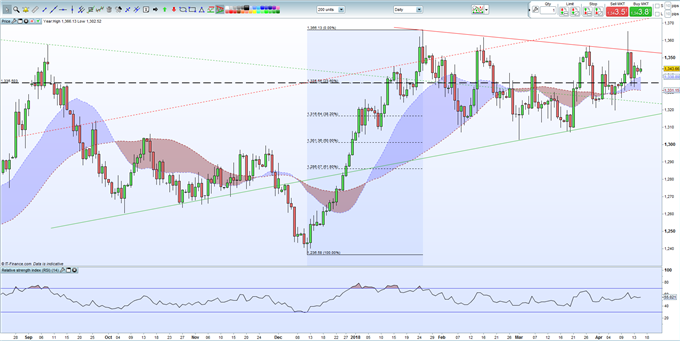 What’s your opinion on the current market view of risk?Share your thoughts with us using the comments section at the end of the article or you can contact the author via email at nicholas.cawley@ig.com or via Twitter @nickcawley1.