HomenewsAnalysisMemorial Day Weekend Will Be Stress Test For $30 Oil

Memorial Day Weekend Will Be Stress Test For $30 Oil

To know if something is worthy of the expectation built around it, we’d just say: “the proof of the pudding is in the eating.” In the context of the crude oil rally, the proof will be in the driving.

With U.S. crude finally returning to $30 per barrel, joining its U.K. peer at that mark despite the lingering throes of the coronavirus, the benchmark will have its first stress test this weekend—or the long four-day break that culminates with next Monday’s Memorial Day celebration. 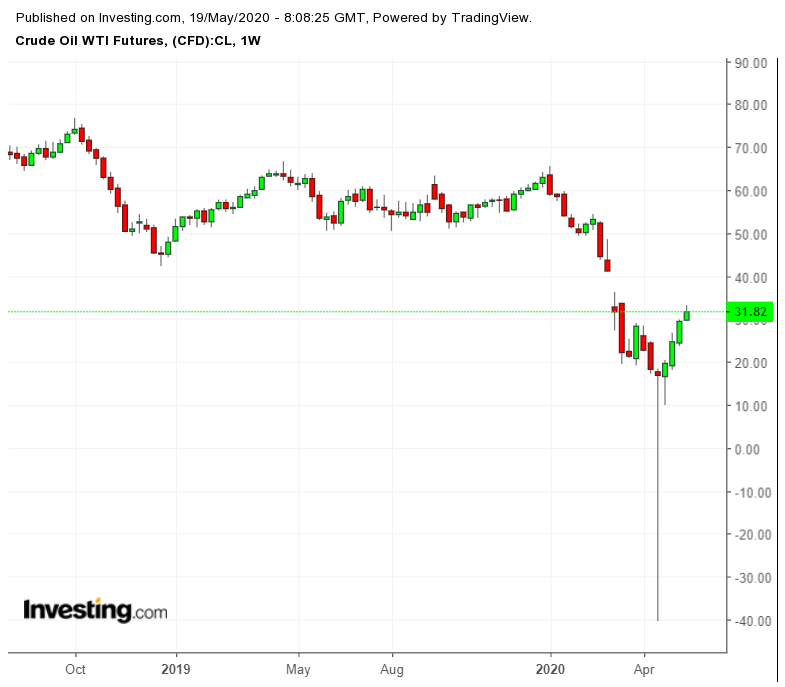 Since it became an official federal holiday in 1971 to honor those who died serving in the U.S. military, Memorial Day has evolved into a marker of the start of summer, with family gatherings, barbecues, city parades and the first post-winter dip in pools and beaches taking place throughout the country. Road trips are ubiquitous too, often with the most numbers of Americans getting behind the wheel, compared to any other time of the year.

This year though, all Memorial Day activity is expected to happen at a quieter and slower pace, no thanks to COVID-19 and continued recommendations for social distancing despite the reopening of much of the economy in the 50 U.S. states.

Also missing will be a super-important guide that had been a bellwether for the start of summer oil demand in the United States—the annual pre-Memorial Day travel survey by the American Automobile Association.

“For the first time in 20 years, AAA will not issue a Memorial Day travel forecast due to COVID-19 impacts on the underlying economic data used to create the forecast,” the association said in a blog posted Monday.

But while that may be the case, the AAA, which has been predicting Memorial Day travel since 2000, did issue a forecast of sorts for 2020.

“With social distancing guidelines still in practice, this holiday weekend’s travel volume is likely to set a record low.

That wouldn’t be surprising. While demand for oil is in “recovery mode,” the gains so far have barely restored what has been lost—regardless of WTI’s from the price lows of three weeks ago.

According to the AAA, some 43 million Americans took to the road last year for Memorial Day, the second-highest number since 2005.

The lowest such volume was observed in 2009, when there were just about 31 million travelers, during the year of the Great Recession that began with the financial crisis from the previous year.

To be sure, AAA’s estimate includes Americans traveling by planes and other forms of transportation such as trains and cruise ships. The bulk though still covers those who drive.

For many wondering whether WTI will justify its $30 price tag—including the oil bulls who got it to that level on Monday—the AAA’s Memorial Day forecast will be sorely missed. Its estimates had served all these years as an important indicator for the start of summer gasoline demand. This year, particularly, such a reading will be super important.

Gasoline The Only Growing Demand Component In Oil

Why? Because of all the fuel products out there now, the only one that has a the oil rally going is . Despite most of the 50 U.S. states having reopened, trucking activity has barely picked up; public transportation remains under-utilized as many people continue working from home and non-essential flying hasn’t taken off. In such circumstances, the only significant source of demand may come from driving.

have seen the largest drop among all energy stockpiles reported weekly by the U.S. Energy Information Administration, with a net stockpile draw of around 5 million barrels in the five weeks to May 8, compared to forecasts for a net build of more than 11 million.

, which include diesel, have, meanwhile, risen 18 million barrels in the three weeks to May 8.

The absence of hard AAA numbers for Memorial Day 2020 doesn’t mean the market is bereft of ideas on how the coming weekend’s travels will be.

For one thing, come this Wednesday, there will be official data on the balances in gasoline, crude and diesel for last week, released by the EIA. That will indicate how much motor fuels have been produced by refiners in the run-up to the Memorial Day, and how well demand for gasoline is already faring.

The EIA’s next dataset will be on May 28, where it will issue inventory numbers for the current week. In that release, investors and traders will again be able to see anticipatory production of gasoline by refiners, and how much drivers filled up by Friday before beginning their road trip for the weekend. The full impact of Memorial Day demand will be visible in the EIA’s June 3 dataset that will capture uptake during the Saturday-through-Monday period.

Besides the EIA data, there are some percentage estimates for summer travel issued by GasBuddy.com, which like the AAA, tracks gasoline prices across the United States.

Based on a survey of its users, GasBuddy predicts an annual 44% drop in travel beginning Memorial Day through Labor Day, which falls on Sept. 7.

“Of course the big drop in travel this summer has everything to do with COVID-19,” GasBuddy said in a blog.

If there’s one silver lining in the GasBuddy survey, it was that 31% of the respondents said they planned to take at least one summer road trip this year.

Low gasoline prices will play a helpful role too, with the national average cheaper by more than $1 per gallon compared with last year according to GasBuddy. For those planning to hit the road, 36% cited fuel prices, compared to just 6% the year before and 5% in 2018, said GasBuddy.

AAA concurs with the point on low gasoline prices, stating “the trend of pump prices facing downward pressure is likely to continue through the end of the winter driving season.”

Unemployment Might Still Be A Drag On Oil Recovery

But it might take more than just low prices to feed the gasoline consumption story.

Art Berman, an analyst who has followed the energy market for nearly four decades, starting as a petroleum geologist, said the pick-up in demand so far was still lower by historical standards, with the increase still 4 million barrels per day, or 20%, less than the 5-year average for the first week in May.

“And that is the problem for the economic recovery,” Berman wrote.

“ is probably 20% when the official 15% is adjusted for those not looking for work or who just haven’t filed a claim. The economy may be officially open but the number of people losing their jobs is increasing. We’re operating on an 80% economy and that may seem optimistic by the end of the year.”

Drilling further into the oil rally, Berman then questioned why the market was celebrating $33 WTI when data showed 35% of the gains constituted short-covering by traders exiting profitable bearish positions.

“The main reason for celebrating $33 WTI is because that price is almost three times higher than the $11 average futures price in the second half of April,” Berman said, adding that the weighted average break-even price for prominent U.S. shale oil drillers such as Diamondback (NASDAQ:), Concho (NYSE:) and Pioneer (NYSE:) remained at more than $60 per barrel.

“Anyone who is enthusiastic about $33 oil needs to think about that.”