HomenewsAnalysisOil Prices Are Up, But Here’s The Truth About Demand, Supply And Earnings

Oil Prices Are Up, But Here’s The Truth About Demand, Supply And Earnings

In the last week, the oil market saw some minor positive news, including signs that demand numbers might be turning around while supply has dropped. But the positive news is limited and tempered by negatives as well.

At the same time, public oil companies, which just recently reported earnings for their latest quarters, have been providing the first taste of just how devastating this crash has been for the industry. Below, a realistic look at where demand, supply and oil equities stand now.

Oil prices rallied a bit this week with finally crossing the $30 mark. 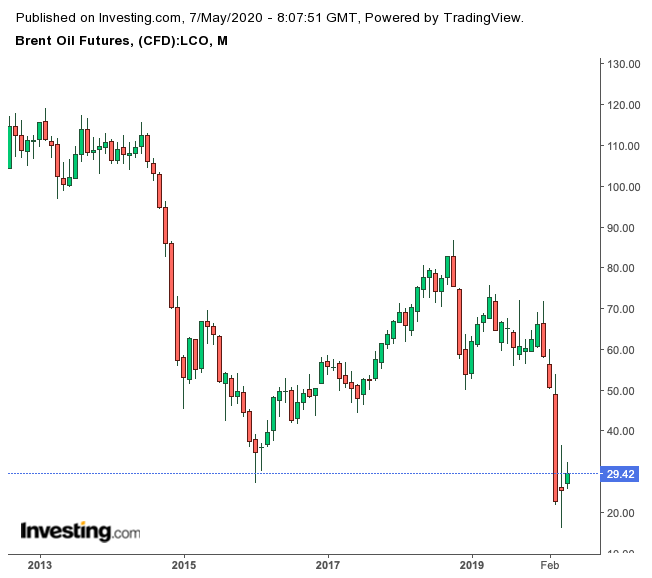 The price movement seems to have been driven by the fact that some areas in Europe, the U.S. and elsewhere are starting to ease restrictions on economic activity and movement. Traders have seen these tentative reopenings as steps towards economic recovery and higher oil demand. But it’s not clear yet if data support this.

In the United States, declined last week, indicating a boost in gasoline demand, and oil refineries increased their utilization rates to 70%, but these are just two data points. Globally, oil refineries have slashed production by 30%, so a slight rise week-on-week in the U.S. may not be significant—particularly as continue to climb higher.

Even when businesses reopen, gasoline use will be to the same time last year, because many people will continue avoiding unnecessary travel, have less money to spend and a struggling economy sees less transportation of goods and workers.

Another factor bolstering oil prices is the ongoing supply contraction. 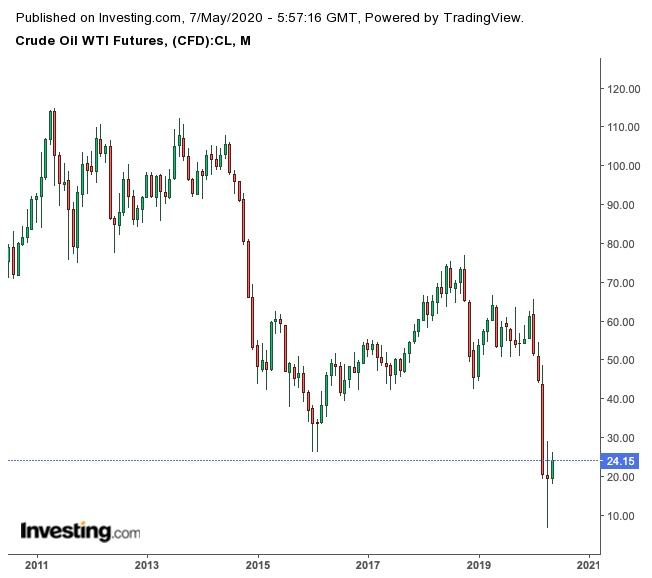 Last week’s looked at the various moves oil producers have made to rein in supply, but the situation is changing rapidly. Russia has traditionally lagged in decreasing production even when it has committed to do so. There were serious doubts that it would be able to comply with the new cuts it promised to make in May and June. However, according to data from Reuters for the first five days of May, Russian oil production dropped to 8.75 million bpd (this number does not include condensate production), which brings Russia’s production up to 9.5 million bpd.

Production in the U.S. continues to sink, but it is unclear by how much. According to the EIA, U.S. production tumbled another 200,000 bpd last week to 11.9 million bpd. Even though the Texas Railroad Commission decided not to regulate oil production in the state at this time, the organization estimates that production from Texas alone has already dropped by 1 million bpd since the start of the demand crunch. (For more on this decision, listen to this interview with Texas Railroad Commissioner Christi Craddick).

Falling production is a good sign for oil prices, but traders shouldn’t get too excited just yet about contracting supply. Iraq has committed to slash 1 million bpd, but has yet to inform customers of supply reductions and has not decided distributed amongst the companies that operate fields within the country. Talks are ongoing with the oil companies that operate Iraq’s largest fields (such as BP (NYSE:), Exxon (NYSE:), ENI (NYSE:) and Lukoil (OTC:)), but it does not appear that production is being curtailed.

In the shale patch, two prominent companies, Diamondback (NASDAQ:) and Parsley Energy (NYSE:), recently indicated that if oil prices (WTI) reach $30 per barrel, they could start to raise production again by reopening closed-in wells and even by fracking new wells.

Many released earnings over the last two weeks for the first quarter of 2020. Of the 13 weeks in the quarter, only the last 3.5 saw extremely low oil prices.

Nevertheless, a significant number of companies reported major losses in an industry that usually only sees profits. For example, Exxon reported a loss of ; BP lost ; Occidental (NYSE:) reported a loss of ; and Marathon Petroleum (NYSE:) lost . First quarter losses of this scale indicate that oil companies are likely to make even deeper cuts to operating expenses and capital expenditures to try and stem the drop in earnings over subsequent quarters.

Occidental, for example, just announced an additional round of reductions to operating and capital expenditures after cutting back twice in March. The company has now lowered its planned spending by 50% compared to what it previously indicated it would spend in 2020. A deeper reduction will mean less development of future oil resources and less supply from these companies in the long-term.