European shares and US futures contracts tumbled this morning, as Apple (NASDAQ:), which lowered guidance for the first quarter after US markets closed yesterday, exacerbated investor worries about a looming recession. Global growth fears also triggered a currency flash crash for the .

Contracts on the lead the drop with a 2.9 percent dip, while those on the attempted a climb before joining the downward trend. The sold off, with technology shares falling the most, as Apple dragged down both price averages and investor sentiment.

It was the first revenue warning in almost 12 years for the US tech giant, and the first quarter outlook cut in nearly 20 years, according to Bloomberg. The company cited an unexpected slowdown in China and fewer upgrades to its flagship iPhone line. The report re-ignites concerns over the long-term impact of the US-China trade war on the first synchronized growth in nearly a decade: softer corporate guidance suggests executives are not convinced about the positive rhetoric recently aired by presidents Donald Trump and Xi Jinping.

Yesterday, US stocks managed to eke out a gain despite noticeable losses in futures contracts before the market open—when Chinese data showing contracting had sparked global growth fears. Wednesday’s upbeat performance demonstrates a degree of resilient investor optimism even after equities posted their worst December since the Great Depression.

The gained 0.13%. Interest-rate sensitive (-2.29%) shares weighed on the index, while (+1.97%) rallied along with , which jumped by more than 4 percent yesterday after Saudi Arabia confirmed it had reduced exports.

The and the crawled higher, 0.08 percent and 0.07 percent respectively, while the edged 0.46 percent higher. 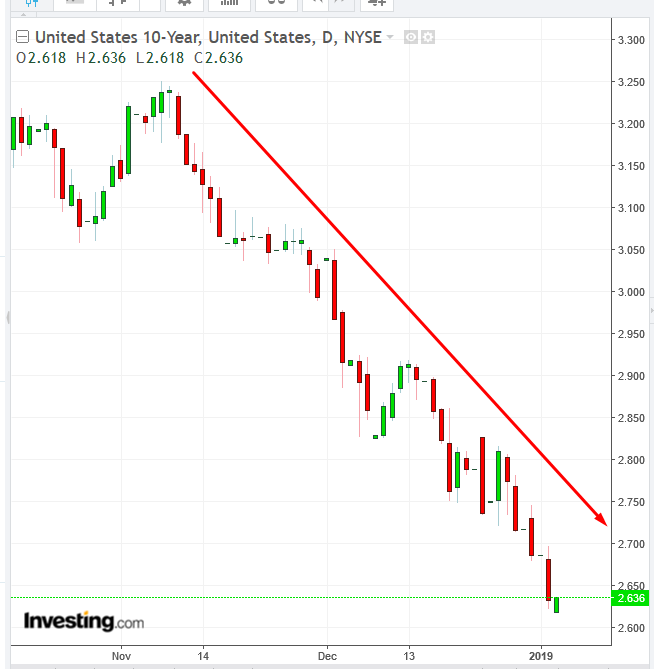 Meanwhile, the yield on Treasurys tumbled toward 2.6 percent, the lowest level since February, drawing a pattern similar to that seen in stocks, wiping out all of last year’s gains. 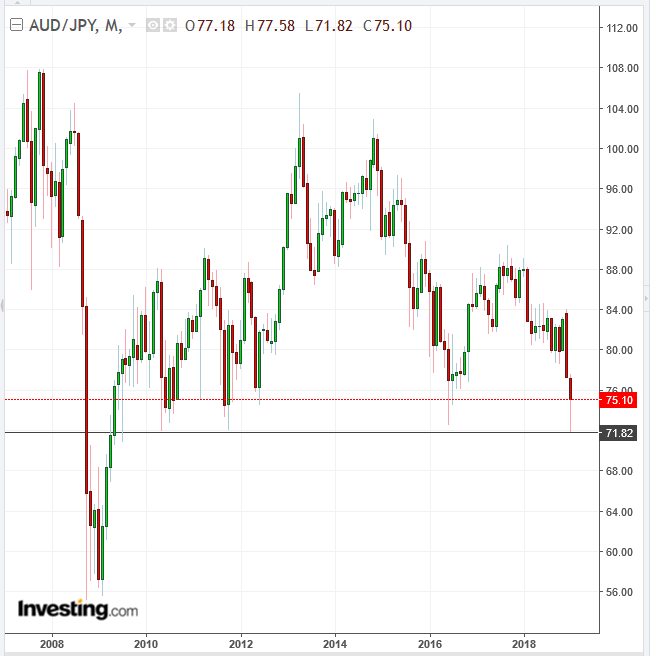 In currency markets, the slumped to the lowest level in almost 10 years against the yen, as algorithmic programs amplified sharp gyrations amid thin liquidity due to a Japanese holiday. 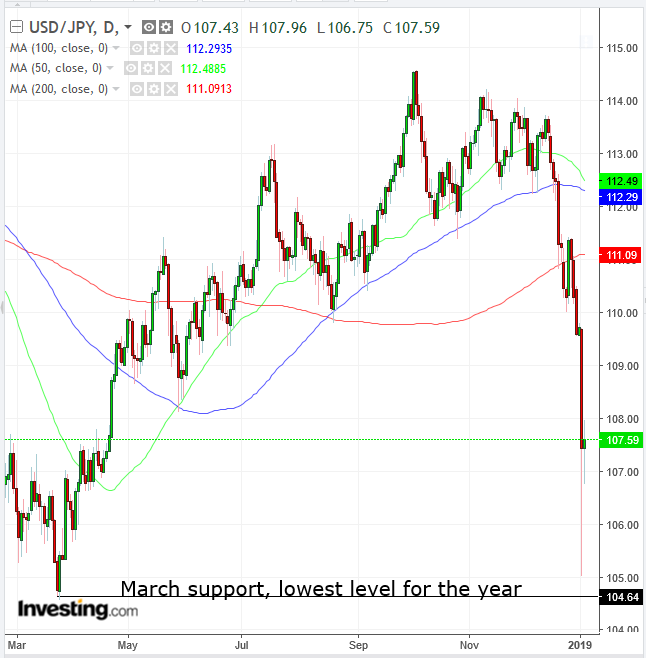 The , conversely, jumped on the broader market’s flight to safety.

The gained some ground but later slipped lower, after tumbling 4.36 percent to 104.96 yesterday—its lowest level since March. 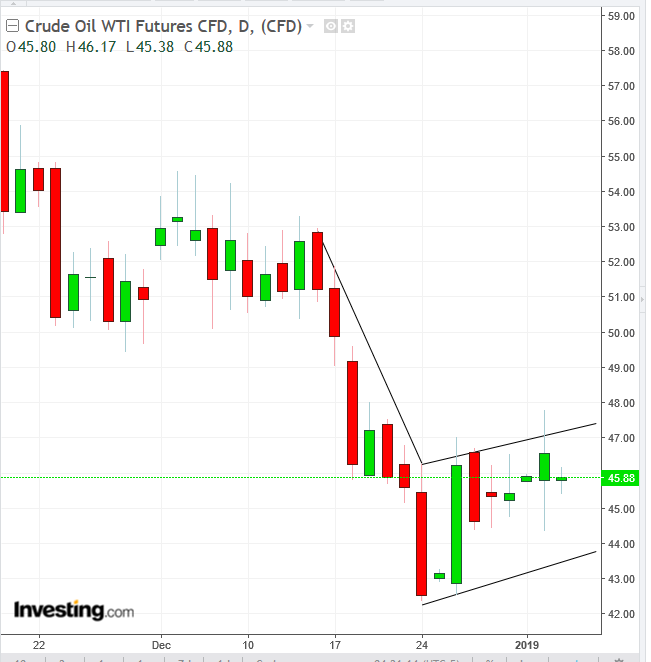