prices posted their biggest daily surge on record this morning, while broader markets shifted to risk off on heightened fears that flaring Mideast tensions and surging costs will weigh on a struggling global economy.

A concerted drone attack—claimed by Iran-backed Yemenite Houthi rebels—knocked out half of Saudi Arabia’s oil facilities on Saturday and 5% of the global supply after crippling the world’s biggest crude oil processing plant.

U.S. Secretary of State Mike Pompeo characterized the attack as targeting the global oil supply. Pompeo also denounced Iran for pretending “to engage in diplomacy” and said the country will be “held accountable for its aggression.” The U.S. administration released satellite images showing the attack would have been more easily carried out from either Iran or Iraq. President Donald Trump followed up with a tweet of his own, saying the U.S. is “locked and loaded depending on verification.”

Iran denied accusations, calling the U.S. deceitful and declaring it was ready for a “full-fledged war.” 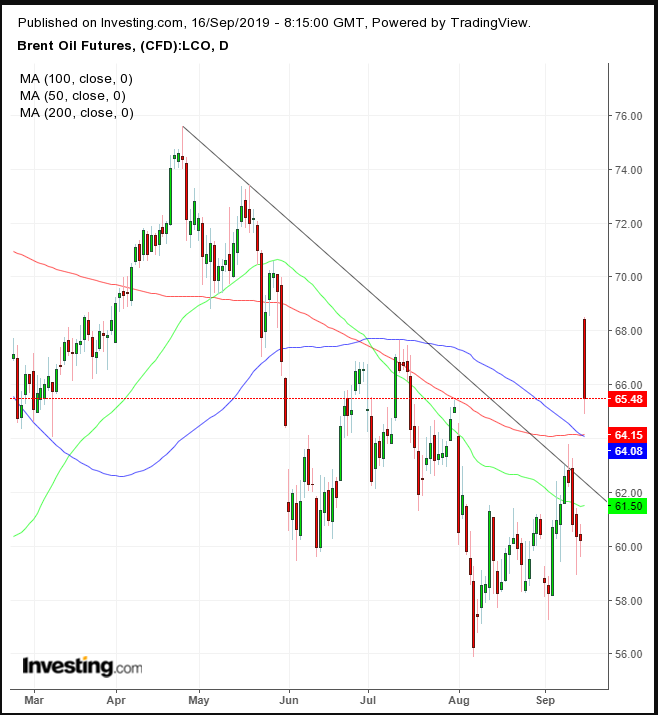 Brent futures jumped almost $12 at the open, or nearly 20%, the biggest price leap since 1988—when the global benchmark launched—after the largest supply-disruption shock ever.

Prices later pulled back to about 8% higher by late European morning, but were still heading for the biggest advance in almost three years. Technically, the price gapped above the downtrend line since April 25. 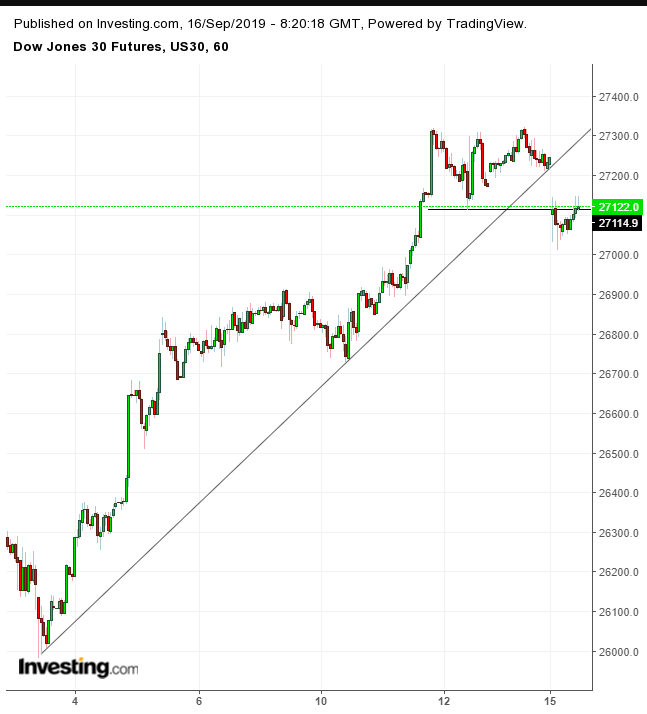 Meanwhile, futures on the , and hovered in the red after partly trimming a deeper loss, with trading on Dow contracts suggesting a 150 point lower open for the .

From a technical perspective, the hourly price completed a double top and fell below its uptrend line since Sept. 3, and is now struggling to climb back above the neckline. 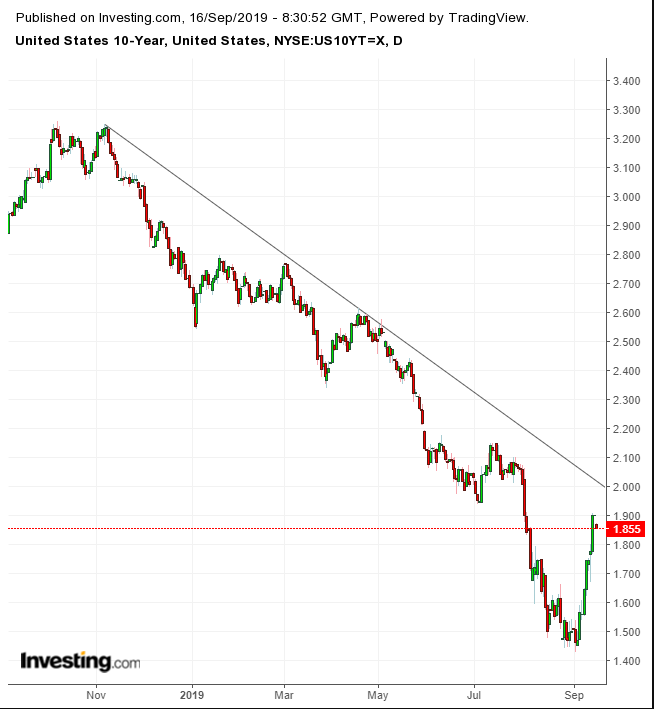 In the bond market, the yield on Treasurys took a dive, paring a 30% gain—to a six-week high—from the Sept. 3 bottom. From a technical standpoint, the slip was facilitated by the rate nearing the downtrend line resistance since November 2018.

The recouped most of the day’s losses and the gave up much of its gains. 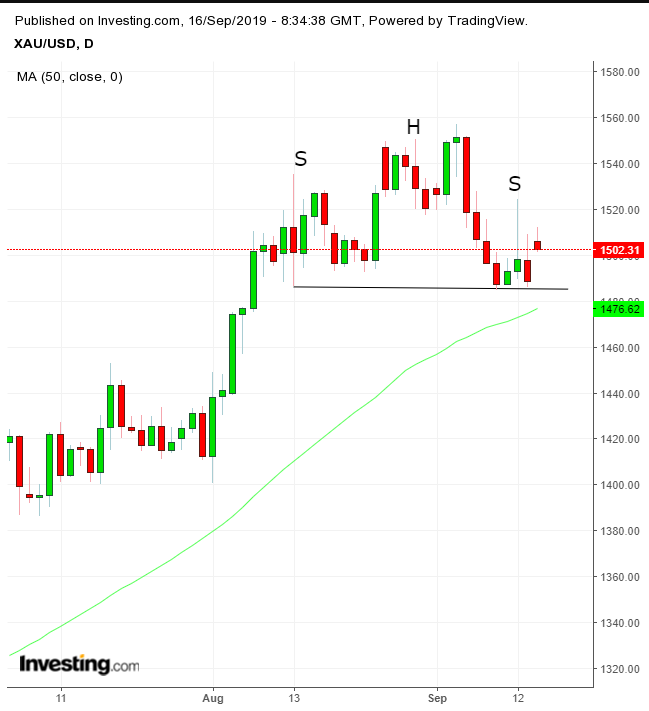 has been developing a small H&S top. While market turbulence is showing signs of easing, if geopolitical tensions increase, the yellow metal is likely to flip its market dynamics, propelling prices past the Sept. 4 high of $15,57.09, to extend the uptrend.