US futures for the , , and slipped on Tuesday and European equities struggled to hold a small advance after stocks in Asia dropped on heightening tensions related to the worst global pandemic in a century. Along with worries about a second wave of COVID-19 flare-ups as lockdowns ease worldwide, trade-related anxieties between China and the US, the world’s two largest economies, have re-ignited.

Yields fluctuated, the dollar gave up an advance and oil struggled.

Global markets and contracts on all of the four major US indices slid into the red this morning, after the Trump administration escalated its threats against China for the way Beijing has handled the coronavirus outbreak.

The most recent salvo: the US president wants to force the Federal Retirement Thrift Investment Board, which manages a $557 billion retirement fund for federal employees and members of the US military, to divest all Chinese assets or index funds that may include those assets. The move came at the same time as China to remove retaliatory tariffs from US imports.

All of which may, or may not, be related to a plunge in China’s , released this morning, which revealed the real economic impact of the virus on the Asian nation.

The was lifted by Healthcare and Telecom shares after an earlier drop.

Asian shares all finished lower. Hong Kong’s took the brunt of the selloff, (-1.4%), while China’s outperformed again, (-0.1%), again, despite being in the crosshairs of all pandemic headwinds.

The yield on the US Treasury fluctuated as the gave up a second-day rally. 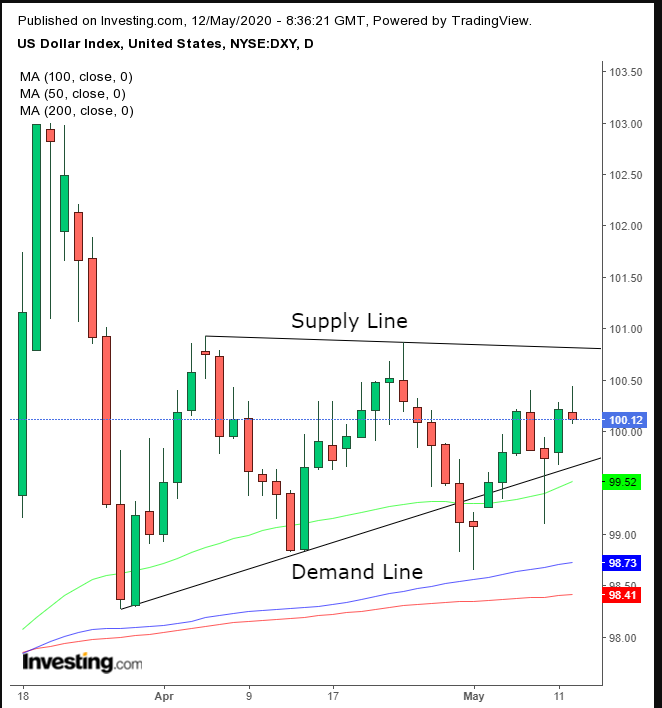 The USD found resistance at the May highs, within a bullish range that’s been developing since March, counterintuitively, after a fall. 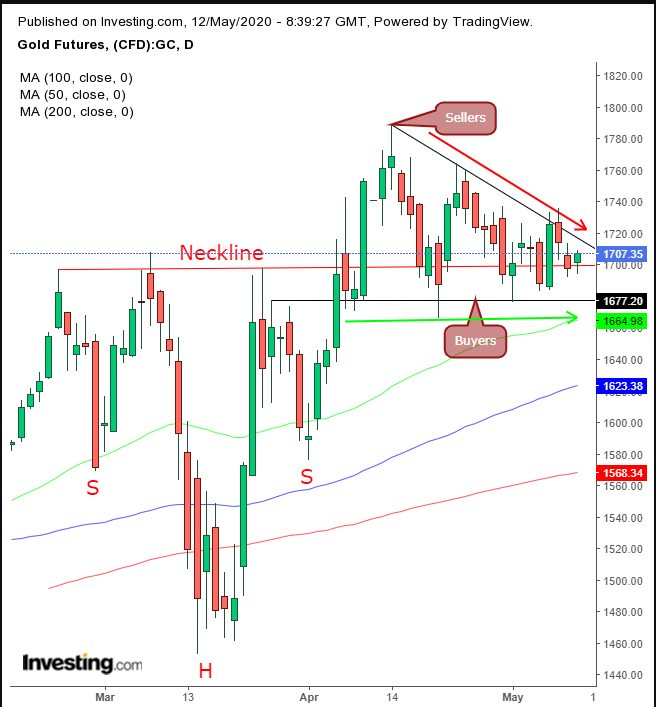 Trading of the precious metal is congesting into the corner of a triangular range since April 4, when the price completed a H&S continuation pattern. The direction of the pattern’s breakout will signal where the next leg is headed.

The much anticipated halving, which reduces the rate at which new tokens are created, has occurred—and the sky hasn’t fallen. 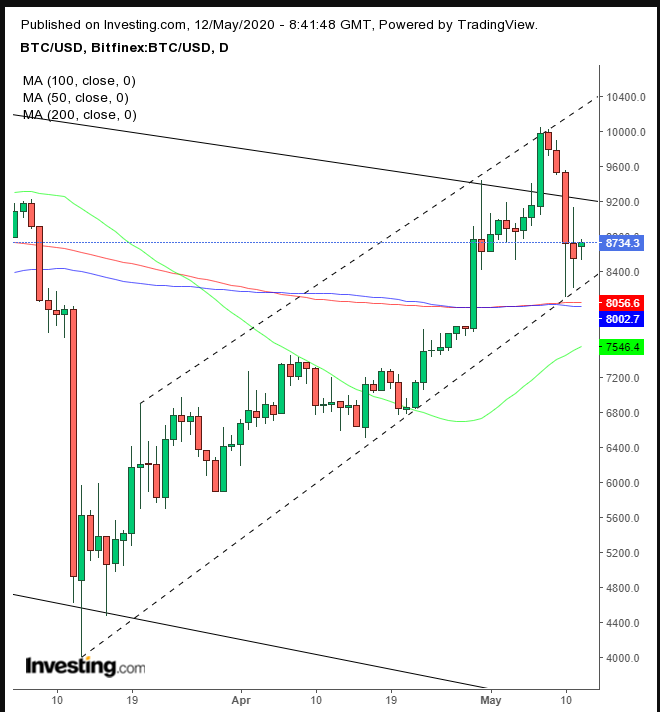 The price of the cryptocurrency remains at ease. It’s still at the intersection between the uptrend since the March low and the downtrend within the June high. It appears that technicals have now taken over, with no new trend yet clear. Whichever trend dominates will drive the next leg; we’re betting on the longer trend.

For the last three hours oil has been moving higher, gaining barely $0.75. That’s not an impressive figure, but this apparently meaningless move indicates the beaten down commodity has increased by 3% which has more gravity. 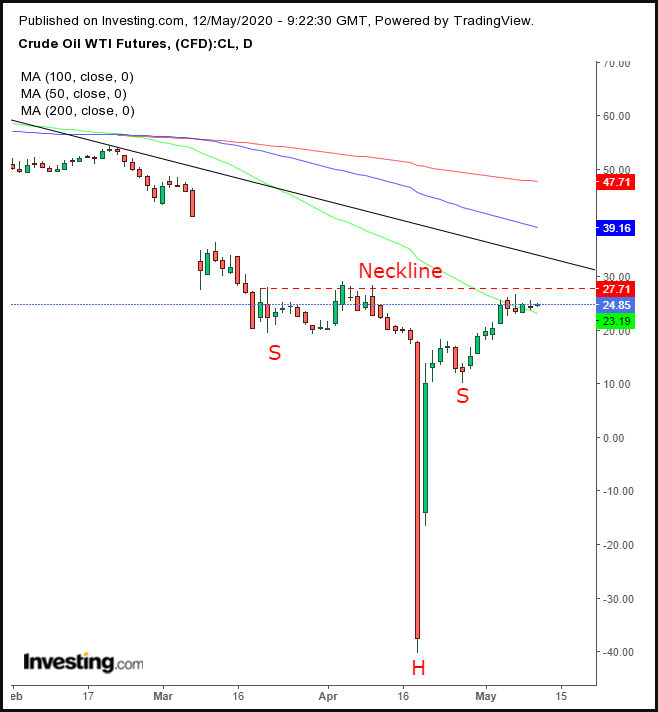 The ascent comes after Saudi Arabia committed to further production cuts. Technically, a rise above $30 would signal a bottom.